The British Army’s first photovoltaic Solar Farm has been officially opened by the Minister for Defence Procurement, Jeremy Quin. 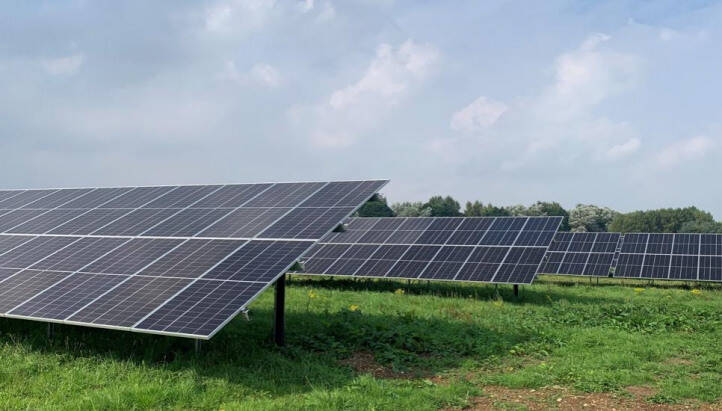 Completed earlier this month and the size of almost eight football pitches, the solar farm is based at The Defence School of Transport (DST), Leconfield, and forms part of the British Army’s £200 million Project Prometheus investment which is designed to see the Army using renewable energy.

Built by Centrica Business Solutions, the solar farm is made up of over 4,000 solar panels and is the first of four pilot sites to officially open. Across all four sites, the project estimates £1 million in efficiency savings and 2,000 tCO2e (tonnes of carbon dioxide equivalent) annually, with saving costs due to be reinvested into essential Army infrastructure.

Minister for Defence Procurement, Jeremy Quin said: “Today marks an important milestone in sustainability across Defence. I was delighted to open the British Army’s first solar farm which will play a vital role in reducing emissions.

“Forming part of Project Prometheus, this multi-million-pound investment reaffirms our commitment to developing a greener and more self-sufficient service.”

Spanning approximately four hectares and with a peak capacity of 2.3MW, the solar panelled farm is projected to save 700 tonnes of carbon emissions and cut electricity bills by one third annually at DST.

A majority of the energy generated will be used onsite at DST to provide support to personnel based there. This may include powering accommodation, offices, hangars, classrooms and the gymnasium, whilst any surplus will be exported to the grid.

Outlined in the recent Defence Command Paper, innovation and green initiatives will be at the forefront of a future Army, of which Project Prometheus forms a part. This is further supported by the £24 billion increase in spending over four years, as announced by the Prime Minister last November.

The Director of Basing and Infrastructure, Major General David Southall said: “Our first operational solar farm at Leconfield marks a key milestone in the Army’s go-green agenda; it showcases our firm commitment to tackle the effects of climate change, harnessing renewable energy to power our estate.

“Leconfield is the first of four pilot sites to open this year; each builds on our knowledge and expertise, enabling us to upscale and deliver a total of 80 solar farms across the Army Estate within the decade; we continue to Think Big – Start Small – Scale Fast.”

To help reduce greenhouse emissions across Defence, the Army is investing the £200 million into its solar farms over the next 10 years. The initiative is designed to support the UK Government reach its target of net zero carbon emissions by 2050.

Managing Director of Centrica Business Solutions, Greg McKenna said: “It’s been a privilege to work alongside the Army to deliver its first major solar scheme here at DST Leconfield.

“It will require a monumental effort to reach Net Zero, but by showing leadership on sustainability and carbon reduction, the Army has put in place a template which the rest of the public sector and industry can replicate.”

–Facility opened during ceremony at Defence School of Transport in Leconfield

–Project will see estimated savings of £152 million over 10 years