Energy Aid launched to boost developing world power access A new charity has been set up with the aim of getting the estimated 1bn people who live without electricity on the grid. Related articles CCS has 'no friends' but must get Britain's backing Dirty biomass could lead to 'carbon fraud' claim green campaigners Drax turbine upgrade will deliver 40% efficiency gain CCS is 'unattractive but vital' to meeting carbon targets Biomass cleaner than coal and could benefit forests Energy Aid, which will be globally launched next week, was showcased last night (December 1) at the London offices of backers IBM. The idea behind the charity is to help the people the UN thinks have no power and the 2.7bn it estimates have to cook with biomass, wood, dung, coal and other solid fuels every year. The charity aims to emulate the success of Water Aid, but will operate through partner organisations on the ground rather than going in themselves. Energy Aid chief executive, Jonathon Steel, told edie energy: "We don't have plans to build infrastructure ourselves. "Water Aid has done a lot of good work on the ground, but it's taken them two decades in some cases to get there. "Our objective is to identify partners, and we're not going to be religious about who we partner with, and find the best solutions for the people." Mr Steel also rejected the idea increasing access to energy in the third world could be detrimental to efforts to cut global emissions, saying adding all the people without power to the gird would increase world-wide emissions by just 0.7%. He added: "Energy can be a route out of poverty for the people who have no access to electricity. "As a result the charity will identify and address issues preventing large portions of the population from using electricity safely such as helping the people who cook using solid fuels to avoid indoor smoke from cooking stoves. "Deaths from this surpasses the death toll caused by Malaria, indoor smoke kills 1.4 million people each year, most of which are women and children." IBM UK and Ireland chief executive and chair of Energy Aid's trustees, Stephen Leonard, said: "Just over a year ago at the IBM Sustainability Summit at Start held in London, one particular idea emerged that has since caught many people's imagination - the idea of Energy Aid. "Providing universal energy access is one of the most important challenges of our time but no one organisation can do this alone and collaborative approaches are now needed." Practical Action chief executive and founding Trustee, Simon Trace, "The creation of Energy Aid was inspired by the work of Practical Action, we have been working for over 40 years with communities providing them with the tools and opportunity they need to lift themselves out of poverty. "Practical Action is an expert in energy solutions for the developing world and we are proud to be involved in this exciting initiative." 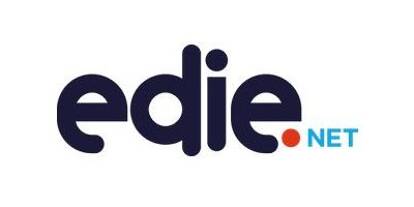