European Championships Munich 2022 shows how sustainable major events can be

After eleven days of sporting competition and exuberance, the "European Championships" came to an end. The biggest sporting event in Munich since the 1972 Olympic Games left positive impressions and a sustainable legacy.

EC Munich 2022 – That was nine European Championships held in eleven days at various venues in Munich, accompanied by a free cultural and music festival. Organizers, politicians, athletes, and fans summed up: It was a blast! Excellent sporting performances and, above all, the fans made for a terrific atmosphere. 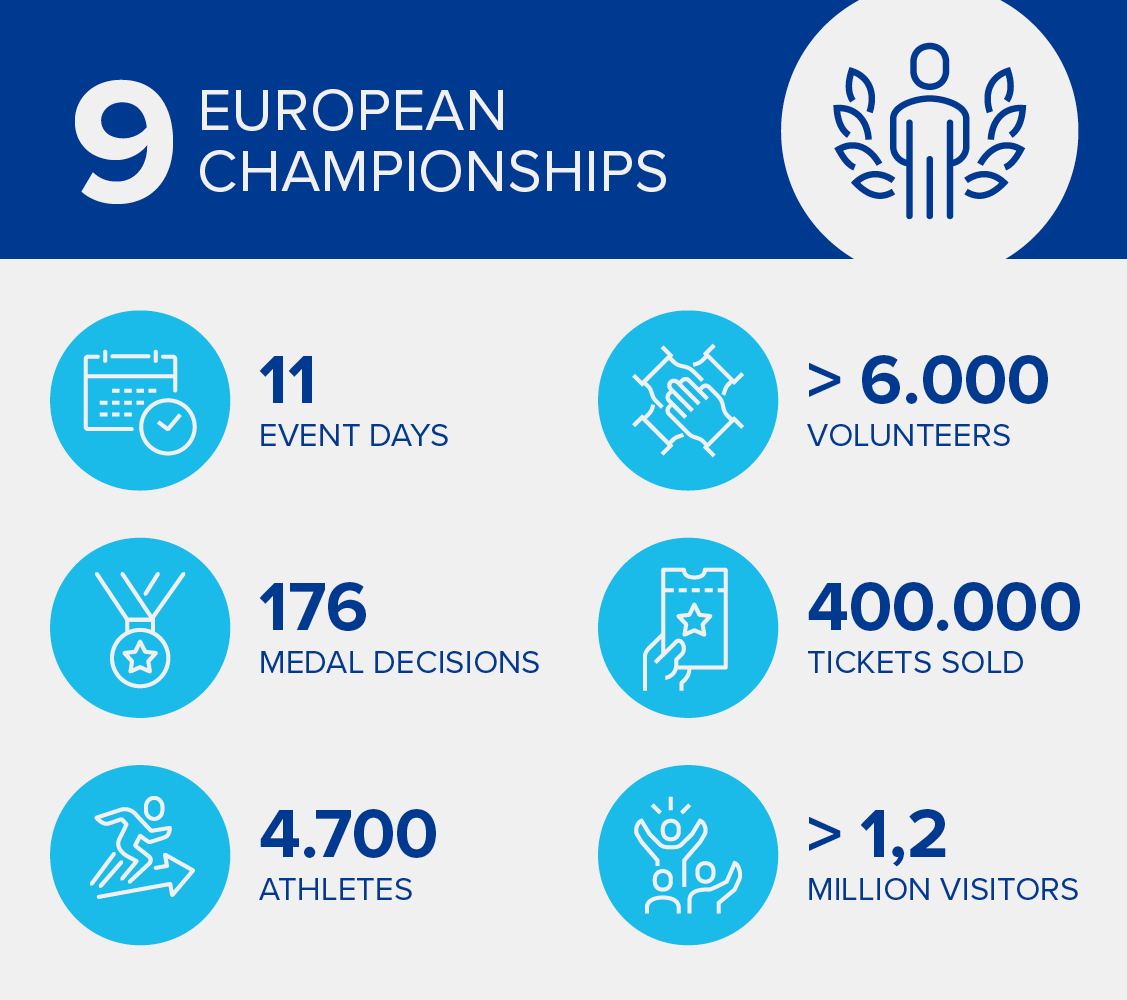 The organizers have also set standards in sustainability. Even during the organisation phase, they took care to keep CO2 emissions as low as possible. They used many existing sports venues and avoided so-called white elephants: oversized competition venues that are built exclusively for mass events, but without after-use concepts and which subsequently stand empty.

In collaboration with ClimatePartner, they calculated the CO2 emissions of the event: from travel and overnight stays to event technology and energy to food and beverages. The sector of “transport and mobility” accounted for the largest share of the CO2 footprint. The short distances between the venues and the good public transport connections contributed to the avoidance of emissions.

The organizer offset the emissions that could not be avoided by investing in three certified climate offset projects from the ClimatePartner portfolio. The preliminary calculations were based on average and empirical values. The actual emissions are currently being recalculated and a final sustainability report will be released by the end this year. Guests were excluded from the calculation but were able to make a “climate contribution” when purchasing tickets. This was booked 10,962 times.

Large events not only leave unforgettable impressions but also a considerable carbon footprint. The “European Championships” in Munich have shown how sustainable events of this magnitude can be if climate action is always kept in mind during planning, organization, and implementation.