Focusing on environmental impact should be key for retailers this year – and it’s easier to do than most think. 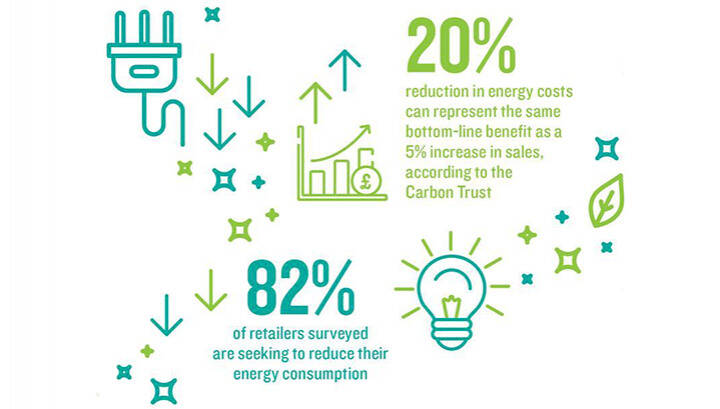 Most retailers are already aware of this: 2018 E.ON research, in association with Retail Week, found that 70% of retailers said consumer interest in sustainability affects the way they do business.

But retailers need to remember that sustainability isn’t just good for the environment – it’s good for profit margins, too.

According to the Carbon Trust, a 20% reduction in energy costs can represent the same bottom-line benefit as a 5% increase in sales.

To ensure your business meets consumer desire for low environmental impact – and creates a competitive advantage over retailers that haven’t yet gone green – we’ve outlined three key ways to achieve a successful sustainability strategy for 2019.

More than 25 UK retailers have committed to a series of its pledges and targets, which include reducing waste and greenhouse gas emissions.

E.ON’s research found 82% of UK retailers are seeking to reduce their energy consumption, meaning it is already on the industry’s radar.

Marks & Spencer are ahead of the curve in this area, having saved more than £100m in energy costs since implementing successful energy management strategies in 2007.

Unfortunately for John Lewis, Iceland produced the most talked-about Christmas advert of 2018.

The grocer’s animated film, in partnership with Greenpeace, highlighted how palm oil usage is causing the destruction of the rainforest – the main habitat of the already-endangered orangutan.

Deemed too political, the advert was banned by Clearcast, the body responsible for vetting ads before broadcast.

But that didn’t stop it from being seen. Iceland stated that the video had been watched more than 70 million times globally by mid-December, after going viral on social media.

Speaking to Retail Week in December, Iceland founder Malcolm Walker said the ban led to “an avalanche of positive publicity, the like of which I have not seen in all of Iceland’s 48-year history”.

“The cost of energy is an important focus, but the cheapest unit is the one that is never used at all”

3. Make it easy for consumers

Some sustainability initiatives need to be driven by customer usage. In these cases, the retailer implementing it should make the process as easy as possible to ensure uptake.

However, some initiatives involve no consumer involvement at all. Sainsbury’s commitment to switching to 100% LED lighting by 2020 – a move predicted to reduce its energy usage by 58% and its greenhouse gas emissions by 3.4% annually – has zero impact on shoppers.

The move, however, will help lower costs across the business, allowing investment to be moved to other areas, such as tech innovation or L&D.

The cost of energy (per unit) is an important focus, but the cheapest unit is the one that is never used at all.

UK retailers that make sustainability a resolution for 2019 will reap the benefits for years to come – and stay favourable in the eyes of shoppers, too.

This content is re-published with the permission of Retail Week