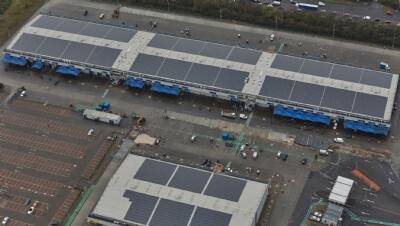 Once Hounslow Council joined STC as a customer we were immediately able to reduce their energy management expenditure by £20k. This saving was achieved as we discovered that they were paying for meters and sites that they were no longer responsible for. After gaining their trust through the initial service we provided, combined with the transparency and fairness of our fees, Hounslow Council appointed us to undertake bureau services for their corporate estate.

Our first objective was to cleanse their site and meter portfolio. This helped us to establish exactly what supply points Hounslow Council were responsible for (including water) and create a cleansed database of all utilities. This in itself highlighted opportunities for savings, such as identifying non-consolidated supplies billed on default or out of contract rates and identifying sites they were no longer responsible for. As a result, we identified an alarming number of erroneous entries such as duplicated supplies. This cleanse then enabled us to provide Hounslow with a quote for the correct amount of meters and sites.

STC are also monitoring Hounslow’s cost and consumption for their Carbon Reduction Commitment (CRC) reporting and for energy management purposes.

Early on into the contract we discovered bills for sites that had been closed by using our bureau validation service. This resulted in a saving of £7,192 in just one site alone, due to a billing error for a Change of Occupancy. This particular site had left Hounslow’s responsibility in June 2016 but the Change of Occupancy had still not been completed when we raised the query with their previous bureau provider in August 2016. This error could have resulted in an annual overcharge of £86k if the issue was not identified and corrected or if they had stayed with their previous bureau provider.

Firstly, we needed to deal with all the issues caused by the government buying organisation (GBO) which Hounslow Council were in contract with when we met them. One of the main issues was that GBO were sending over utility invoices for groups of sites that Hounslow were not responsible for.

STC receive data for the electricity generation and are able to inform Hounslow Council if there are any discrepancies that could indicate maintenance is required. The electricity generated by the solar panels is stored in connected batteries during the day so that power can be used at night, during the site’s opening hours from 2.30am. STC’s profile alerts service monitors this to ensure that electricity is being generated during daylight hours and will alert our energy management team if there are any issues.

We have now been in contract with STC Energy for 12 months. In that time the initial rapport has been further fortified due to the continued work being carried out based on the initial assessment of our portfolio and comprehensive understanding of our client-specific requirements, which provided the foundation upon which the ongoing services were built.