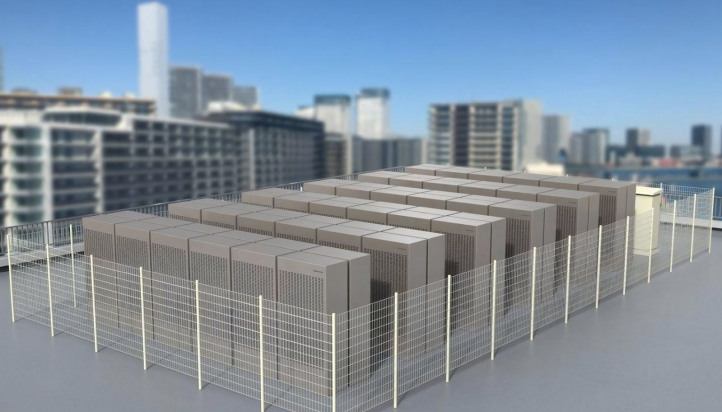 Osaka, Japan – Panasonic Corporation today announced that it has developed a pure hydrogen fuel cell generator, which generates power through chemical reaction with high-purity hydrogen and oxygen in the air. The generator will be launched on October 1, 2021 for commercial use in Japan. 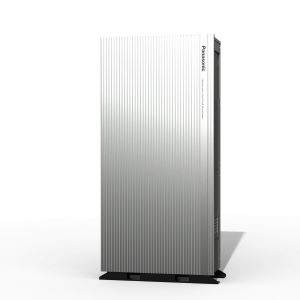 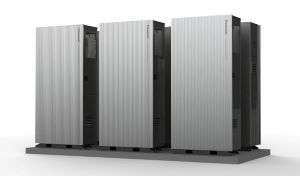 In recent years, with the acceleration of initiatives to realize a decarbonized society, several countries and regions around the world have declared their intention to reduce their overall emissions of greenhouse gases to zero by 2050, in other words, achieving carbon neutrality. In order to achieve the goal, it is indispensable to introduce renewable energy sources such as solar, wind, geothermal, hydro, and biomass power. However, power generation using solar and wind has drawbacks such as large output variations depending on weather condition and the lack of capabilities to adjust power generation to cope with demand. Moreover, such power generation requires a system to store surplus power in storage batteries or via other methods, and compensate for power shortages.

Accordingly, hydrogen is attracting interest as a next generation energy source. Hydrogen is the most abundant substance not only on earth but also in the universe, and can be used as thermal energy and electric power through combustion and chemical reaction without emitting CO2 in the process. Hydrogen is also superior in terms of storing and utilizing energy because electricity from renewable energy can be converted into hydrogen through electrolysis using surplus power and stored stably for a long period of time. Against this backdrop, the use of hydrogen is expected to expand rapidly.

In 2009, Panasonic launched the world’s first household fuel cell cogeneration system, ENE-FARM*3, which uses hydrogen extracted from natural gas to generate power. With more than 10 years, the company has evolved ENE-FARM by improving its electrical efficiency and operating time, as well as making it more compact. At the same time, in anticipation of the arrival of the hydrogen society, Panasonic has also been doing in parallel the research and development of pure hydrogen fuel cell generators, to which hydrogen is directly supplied from the outside as fuel to generate power. The company has conducted field tests with such generators at various places in Japan, starting in 2012 at Yume Solar Kan Yamanashi, a facility promoting renewable energy in Kofu City, Yamanashi Prefecture, central Japan.

Technology coming from the development of ENE-FARM has been applied to this pure hydrogen fuel cell generator. For example, by adopting the common stack unit, a key device of fuel cell which is used in ENE-FARM, the new product offers stable performance of power generation and achieves the industry’s best*1 electrical efficiency of 56%*2. As this new generator is targeted for commercial use, its power output has been enhanced to 5 kW, which is more than seven times more than 700 W power output of a household fuel cell, ENE-FARM. Moreover, the power output can be scaled up according to demand by connecting and controlling multiple generator units. In addition, by taking advantage of its lightweight and compact housing, this generator can be flexibly adapted to various installation conditions, including the rooftop and in narrow spaces.

Panasonic will dub its pure hydrogen fuel cell generators “H2 KIBOU*4” in the future, with the company’s KIBOU, which means “hope” in Japanese, to realize a hydrogen society.

Panasonic will contribute to the realization of a decarbonized society by proposing new options for expanding the introduction of renewable energy that fully utilizes hydrogen.

Main features of the product

A single unit can generate 5 kW power, which is suitable for the demand of small-scale commercial facilities. Moreover, connecting and controlling multiple generator units can increase the power output according to demand. Furthermore, by connecting the product to a dedicated PC application, it allows the system to be remotely controlled to display the power output and conditions, turn the power generation ON and OFF, and send error notifications. One PC allows the simultaneous connection of up to 10 units (50 kW). Further, by integrating 10 units into one level unit, MW-class power output can also be possible.

Hydrogen is directly supplied to pure hydrogen fuel cell generators, which require no fuel processing device (for extracting hydrogen from natural gas), a key device of ENE-FARM. As a result, it is possible to convert efficiently from hydrogen to electric power, thereby allowing the product to achieve high electrical efficiency of 56%*2, the industry’s best*1 for a pure hydrogen fuel cell generator. The higher electrical efficiency leads to the reduction of the amount of hydrogen use, therefore contributing to the reduction of total running cost.

By connecting a hot water storage unit (recommended product) with the product, heat generated from fuel cell can be converted into hot water for use. The generator has achieved the total energy efficiency of 95% including the heat recovery, thereby allowing the effective use of energy without waste.

4. Possible to keep operation even during power outage

The product can be started in an approximately one minute, which is useful for responding to peak cut control when a quick response from generators is required.