• New white paper reports extent of coronavirus impact on organisations across the UK • phs Index barometer shows 95% UK premises now open after 43% closed during lockdown • New data indicates building usage halved over lockdown; they remain 17% quieter • London hit hardest with 10% of premises still closed and building use still 38% quieter • Data shows that nearly a quarter (24%) of restaurants, pubs, cafes and hotels repurposed themselves into takeaways, home deliveries or essential shops at the height of the lockdown so they could reopen 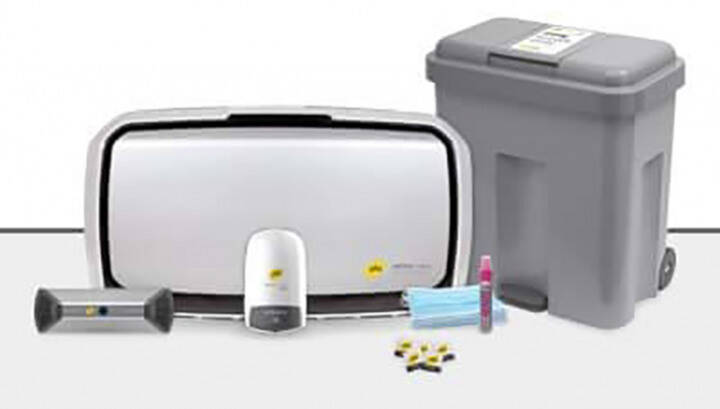 24 September 2020: New data released by facilities services provider phs Group reveals one in 20 premises remain closed after 43% were shut down during the coronavirus lockdown. In London, the impact is even more pronounced with the city failing to attract people back in the aftermath of stringent COVID-19 lockdown measures.

The new phs Index, published six-months on from the onset of lockdown, reports that 95% of organisations (businesses, governmental and non-governmental organisations) across the UK are now open following widespread closures; translating to one in 20 which are still shut down. However, Central London is lagging behind the UK with just 90% of premises open; equating to one in 10 which is still closed.

Nationally, the amount of washroom waste generated by UK organisations in the last four months dropped by 49% year on year. As a good proxy for building occupancy, this indicates the nation’s organisations saw staff, visitor and customer levels almost halve this summer as lockdown took hold. In London, the amount of waste collected over the same period was down 73%, indicating a significant drop in building usage that far exceeds the national average.

Despite the number of reopenings, premises are now still significantly quieter with phs data showing a reduction in usage of 17% in August 2020 compared to pre-COVID levels meaning staff, visitors and customers are not fully returning. London is feeling the pain more than most with buildings a substantial 38% quieter in August.

The findings are published today (Wednesday, 24 September) in the new phs Index white paper, based on phs’ analysis of more than 120,000 UK organisations across all sectors and nearly 300,000 visits to customer premises each month, delivering a range of facilities services, including washroom services. Using this data, phs is uniquely positioned to identify trends in how organisations are being impacted by COVID-19 including insights into building closures and reopenings, rates of building occupancy and the impact on different sectors and geographical regions.

Across the UK, phs reports the distinct differences in the extent of the closure of organisations . As a result of lockdown, more organisations closed in Scotland than anywhere else with 51% of sites shutting down. By comparison, 32% shutdown in Northern Ireland, 42% shutdown in Wales and 43% shutdown in England – with the UK average shutdown rate also 43%.

The phs Index reveals the lag between the announcements of lockdown restriction easings and reopenings, determining an average of two weeks before organisations responded and still 5% of sites remaining closed today. Analysing the response of the accommodation and food service sector (including cafes, pubs, restaurants and hotels), the phs Index reports:

Interestingly, 24% of sites reopened before the official date of 4 July, indicating businesses were reformatting themselves into takeaways, home delivery outlets or essential retail outlets. However, the lag in reopenings tells us many organisations were simply not ready; either having not being given enough time to prepare or not having got to grips with new social distancing measures – or that it was perceived to be unsafe or not economically viable to reopen.

·        Risk organisations may struggle to reopen

The concern for the 5% of sites that have been closed for as much as six months is what happens next; phs analysis of 2008 recession data reveals it took nearly five years for the economy to fully recover to its pre-recession level. Over this period, phs experienced a cancellation rate owing to permanent closure that was 65% higher than before the recession. The question now is whether the remaining one in 20 closed sites can weather the storm and be able to re-open.

To find out more about consumer confidence, phs commissioned new independent research, asking 2,000 people how they felt about going into local businesses. Nearly one in five (19%) admitted to not being very confident about hygiene measures while a quarter (26%) are not confident about social distancing in these premises. This implies that concerns about not being able to adhere to COVID safety measures is holding people back from returning to the places they would normally work and visit.

David Taylor-Smith, CEO of phs Group, said: “The new phs Index gets to the heart of the impact of the coronavirus on organisations,  creating a barometer for closures and occupancy during a turbulent and unpredictable time when organisations across the country shut their doors overnight and people were told to stay home. While the strictest period of lockdown is over, the phs Index demonstrates there is a long way to go until organisations fully recover. Even though we’re seeing reasonably high reopen rates for organisations, the real story is that people – staff, visitors and customers – have not yet returned with buildings being 17% quieter overall and 38% quieter in London. It remains to be seen how many more people will return in the coming months as the pandemic and risk of future local lockdown plays out. In the interim, the only solution for organisations is to instil indisputable staff and consumer confidence in their premises, reassuring people that everything is being done to ensure their premises is as safe as possible.”