Every little helps when it comes to achieving Net Zero. Tesco, with help from EDF, are leading the way through innovative energy solutions, bringing them closer to their Net Zero targets. 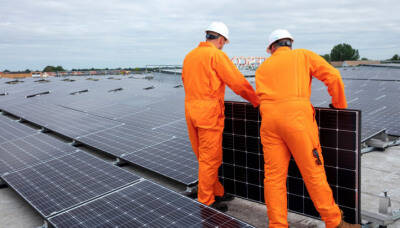 To achieve Net Zero in the UK by 2035, setting themselves a 2025 target of 60% carbon reduction from operations compared to their 2015 baseline.

Their climate strategy will transform how they generate and procure energy, working collaboratively with partners to decarbonise their own operations and their supply chain.

The UK’s largest supermarket chain wants to play its part to help the UK meet its country-wide Net Zero targets, bringing forward its own Net Zero goal to 2035 – 15 years ahead of the UK’s decarbonisation target – as part of its broader commitment to be Net Zero across its total footprint (scope 3) by 2050.

As Britain’s biggest generator of zero carbon electricity, EDF share the same commitments for a green recovery, so are proud to be working with Tesco on their ambitious targets. We are decarbonising our own business and plan to enable investment in low carbon technologies in the UK worth over £50 billion by 2035, amounting to 12GW of wind, nuclear and solar power and meeting one fifth of the country’s demand.

EDF is proud to be Tesco’s energy partner. Over the course of this partnership our breadth of services has developed enabling EDF to support Tesco with its Net Zero commitments by supplying 100% renewable electricity in the UK and offering practical energy solutions to lower their carbon emissions.

UK businesses must work together to tackle climate change, and there are many examples of where this is already happening. EDF and Tesco have both set clear science based-targets that are approved by The Science Based Target Initiative (SBTi). Through the SBTi, Tesco have taken action by committing to:

One of the ways Tesco is delivering on these targets is through its support for the Climate Change Groups RE100 scheme, with the company reaching its goal to use 100% renewable energy ten years early.

As part of its renewable energy ambitions Tesco is aiming for the majority of its power to come from on-site generation and Power Purchase Agreements (PPA). EDF and Tesco have worked in partnership to deliver a multi-party corporate PPA structure, supporting the development of several new renewable energy projects. We have also worked closely with EDF Renewables to implement on-site generation through PPA structures.

For on-site generation, where better to start than by utilising unused space on the rooftops of Tesco stores. This is where EDF Renewables stepped in to work with Tesco on a plan to generate solar power from the roofs of 14 of its stores, leading to the installation of c.5MWp of solar PV. On-site solar power is a simple and quick solution to generate zero carbon electricity, that supports the development of new renewable infrastructure and reduce costs through behind-the-meter installations; all with no upfront capital investment requirement.

As long-term partners, EDF was well placed to understand Tesco’s needs. EDF Renewables were equipped to manage the project from start to finish, including design, build, finance and operation.

The dedicated team at EDF Renewables carried out numerous activities to ensure suitability on the sites, including comprehensive structural and electrical surveys and presented long-term turnkey project designs that would maximise value for Tesco across all the selected stores.

The project included the installation of over 15,000 solar panels across 14 Tesco stores and generated over 4,235 MWh of solar electricity in the first year of operation alone. On-site renewables take pressure off the grid at UK level and contribute to Tesco’s, EDF’s and the UK’s carbon reduction targets, through the development of new renewables.

Throughout the project, EDF Renewables ensured a high level of health and safety was maintained on all 14 live sites, protecting the integrity of the supermarket stores and allowing them to continue operating as normal throughout the construction.

Through these long-term on-site solar PPA projects, Tesco can meet its current and future energy needs through 100% renewable energy all whilst saving money on their annual electricity bill!

How this helps Britain towards achieving Net Zero

Find out more about how we can support your business with its solar ambitions. 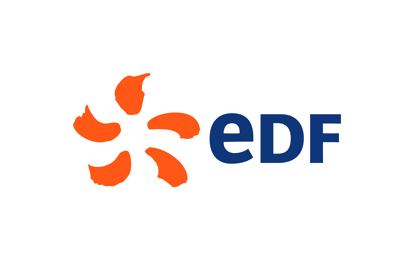