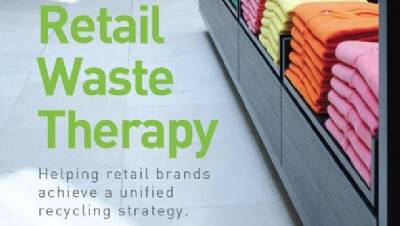 McArthurGlen is Europe’s leading owner, developer and manager of Designer Outlets, offering customers a choice of over 800 luxury retail brands at 22 sites across nine countries in Europe and Canada.

Prior to working with Helistrat, McArthurGlen’s Outlets worked with a range of service waste providers, which presented a number of challenges. The lack of consistency resulted in widely varying levels of performance and efficiency from site to site and using different suppliers and services meant that invoicing was complex and time consuming and also made accurate performance reporting difficult to achieve.

Helistrat introduced an innovative recycling system, which is unique in its focus on optimising the retail environment and helping to support a change in mind-set from waste to resources. Helistrat’s waste experience in the retail sector was used to design a strategy, which would realise a number of measurable objectives.

Buy in and Engagement

Helistrat regularly engages, in person, with the various stakeholders involved, including the on-site operatives, management teams and the Brands (stores), to ensure that processes are understood at every level.

In addition to toolbox talks, training support has also been provided for all the Brands on-site and they are invited to quarterly waste workshops and mobilisation briefings. A project is also underway to establish a group of ‘Recycling Champions’ to offer a more collaborative approach with a common goal.

Effort is focused on poorly performing brands with higher levels of contamination in order to help them improve their performance and reduce their impact on the overall performance. Co-branded literature is also produced and distributed to illustrate where waste goes, what happens to it once it is collected and why it’s important to manage it correctly.

Since implementing the new waste solution, recycling rates have increased by 40% across the entire estate and a collaborative push to attain 80% recycling is underway.

Feedback has been very positive, with no reported instances of it having a detrimental impact on the retail experience. The ability to recycle more material has not had an impact on space or employees’ time; in fact, the vast majority of Brands welcome the introduction as it supports delivery against their own CSR and environmental objectives.

All outlets are 100% compliant with current legislation, including the ‘new’ UK Waste Regulations, which were introduced in January 2015 requiring businesses to separate out recyclable material from other waste.

McArthurGlen now diverts 100% of the waste that it produces from landfill, reducing harmful emissions and increasing the availability of valuable secondary resources to support more sustainable supply chains. McArthurGlen has also realised significant commercial benefits with every tonne of waste diverted from landfill avoiding £84.40 in landfill tax alone. An increased supply of high quality recyclate has also improved the value of this material, which helps offset any future increases in costs.