Investment in electric vehicles (EVs) by UK businesses is set to increase by almost 50% over the next two years, exceeding £12 billion, according to new research by Centrica Business Solutions. 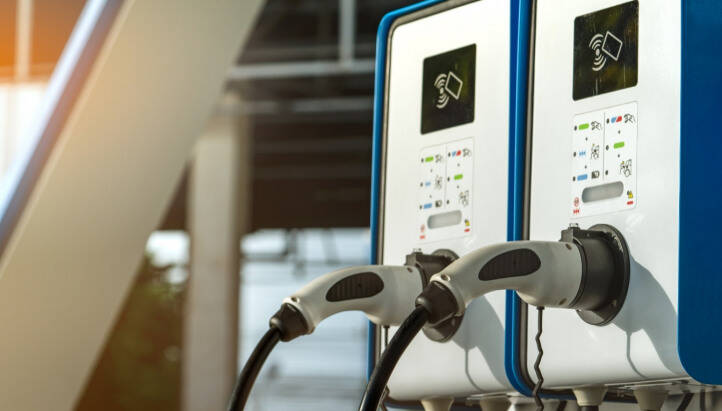 “There is clear recognition among UK businesses of the increasingly important operational role electric vehicles can play for them in meeting their decarbonisation goals. But concern is still widespread over how to finance this significant change, particularly for those with large petrol and diesel fleets. Vehicle charging is inevitably going to increase the amount of electricity businesses consume. It’s our view that onsite generation from solar panels, allied with battery storage and smart charging are the right option for many businesses to enable them to provide charging facilities without facing large increases to power costs and upgrades to their incoming supply.”

– New data says businesses are set to invest £12 billion in electric vehicles over the next two years.

– Despite this, the upfront cost of vehicle purchase and investment in upskilling employees are still viewed as barriers to EV adoption.

– Business confidence is on the rise, but firms confirm the importance of grant funding and tax incentives to encourage widespread fleet electrification.

Centrica Business Solutions surveyed UK firms about their EV investment intentions and found many are planning to significantly ramp-up spending on the electrification of their fleet.

The data revealed that, in the two years since the Government announced a ban on the manufacture of petrol and diesel vehicles, businesses have spent an estimated £8.2 billion on EV adoption. But, over the next two years, this level of investment is set to increase by almost half (46%) – to £12 billion – as firms accelerate the introduction of electric cars and vans into day-to-day operations.

UK businesses plan to spend an average of 4.5% of their annual turnover on EV adoption over the next two years according to the data, with over a quarter (27%) of respondents expecting at least a fifth of the vehicles within their fleet to be electric by 2022.

Of those businesses that had already begun electrifying their fleets, the key drivers cited were pressure caused by government emissions targets (37%), wanting to operate freely in ultra-low emissions zones (37%) and the lower maintenance costs of EVs compared to petrol and diesel-fuelled vehicles (33%).

The survey also revealed that firms consider the cost of EV adoption to be the biggest drawback to the technology despite clear business appetite to buy into EVs. Vehicle costs was a chief concern for 44% of all businesses polled, and of greater concern than range anxiety (42%) or the increased energy costs caused by charging vehicles on company premises (37%). The cost of staff training to operate EVs was also viewed as a drawback to adoption.

Cost concerns also appear to have affected businesses’ view of how they thought the government could continue to support EV adoption. Two thirds of respondents suggested tax subsidies (68%) and a continuation of grants for electric vehicles (68%) as the measures they would most like to see the Government take or extend. This was significantly more than the 48% that thought further investment in public charging infrastructure should be the main priority.

“It is encouraging to see UK businesses investing in electric vehicles and embracing greener technology to decarbonise our transport network. Businesses having confidence in electric vehicles is crucial to end the UK’s contribution to climate change and improve air quality for all. This is why we are investing nearly £1.5bn? for plug in vehicle grants, as well schemes to support chargepoint infrastructure across the UK.”

Nearly half of the businesses (48%) in the Centrica Business Solutions’ survey said they planned to install on-site charging points over the next two years. Yet, a significant proportion (28%) hadn’t yet invested in energy technology, such as solar panels, capable of generating the electricity needed for vehicle charging.