There are changes afront on UK petrol forecourts this summer as petrol (but not diesel) will become a little more environmentally friendly. 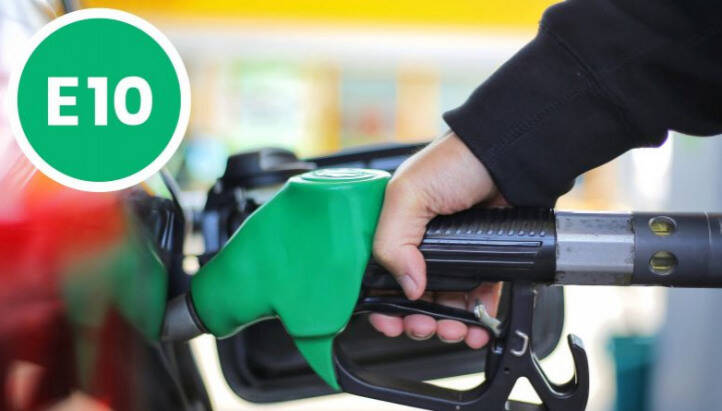 The standard 95 octane fuel currently contains 5% bioethanol, but will be changing over to E10 fuel, with 10% bioethanol. This renewable ethanol comes from plant sources and increasing the percentage in petrol will therefore reduce carbon dioxide emissions.

E10 petrol is already widely used around the world – in Brazil, they have some vehicles running on E100, nothing but ethanol.

This will only affect petrol vehicles, not diesel. The government estimates that around 95% of vehicles on the road will be able to use E10 petrol. All those manufactured since 2011 are compatible, as are most manufactured since the late 1990s / early 2000s. You can check your vehicle online – check now

However, some older models, including classic cars, may not be able to use E10 fuels. If that is the case – the RAC estimates this might amount to 600,000 vehicles – then you will need to use the premium 97+ octane fuels – they do cost more, but this should be offset by better fuel economy.

E10 fuel, on the other hand, can slightly reduce fuel economy, however it is very slightly cheaper than E5.

Putting the wrong fuel in your car

If you do put E10 petrol into your car by mistake, the RAC recommends that you top up with E5 as soon as possible after using a third of the tank. You don’t need to drain it, as you would it you put petrol into a diesel engine.

It’s worth noting, however, that using E10 fuel will not affect whether you can drive in or have to pay to enter a clean air zone (CAZ), low emission zone (LEZ) or ultra-low emission zone (ULEZ), as this is determined by the Euro emissions standard, not the fuel.

Impact on the environment

Carwow.co.uk states that UK CO2 emissions from petrol cars should drop by about 2% overall as a result of E10 fuel. The Government states that it should cut CO2 emissions by 750,000 tonnes a year – the equivalent of taking 350,000 cars off the road.

The next step in this process will be the phasing out of petrol and diesel vehicles altogether and the move to electric and, for a while at least, hybrid. In November 2020, the Government announced a ban on the sale of new petrol and diesel cars and vans from 2030.

It won’t be long before employees are demanding electric vehicle points at their place of work. Let us know if we can help with setting that up!