A high level strategic decision was taken to for Vodafone’s 10 UK data centres to become certified to ISO 50001. The data centres are the most intensive energy users in the business and it was also considered that this was the most likely way to ensure the effectiveness of their Energy Performance Contract. 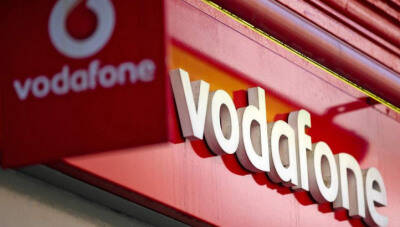 Vodafone is one of the world’s leading mobile communications providers with almost 444 million customers internationally and around 19.5 million in the UK. It has thousands of sites in the UK and is a major energy user. The sites include offices, retail stores, data centres, cell towers and network sites.

JRP were appointed to carry out an ISO 50001 gap analysis, prepare a business case for certification and then to develop and deliver an action plan to achieve certification.

JRP reviewed all the requirements of the standard using its ISO 50001 Gap Analysis Tool. These were fed into a spread sheet containing 170 line items of questions divided across seven key areas. They then carried out an overall company gap analysis and three further gap analysis at three Vodafone representative sites.

Vodafone were assessed to see how far off the standard they were by scoring a level of compliance to each of the 170 questions against the work required to move them from non-compliant to compliant.

Populating the spread sheet automatically populated a radar chart with the data from the gap analysis which gave a very visual indicator of the situation. JRP then summarised the tasks into a consolidated plan of actions required to achieve certification. This consolidated action plan formed part of the business case for certification which also included information about the external and internal resources required to achieve certification, with task owners and time scales allocated to each action.

As Vodafone wanted to achieve certification quickly and didn’t have spare resource to do so, they delegated and empowered JRP to deliver the action plan. This included putting all systems required in place and managing the FM providers.

The consolidated action plan was developed into a implementation tracker plan with information about what was required and by when. Tasks were colour coded with a traffic light red, amber green system to demonstrate progress.

Over 100 different tasks were included in the plan relating to:

Some tasks were relatively easy to achieve and some more challenging. These included such things as defining roles and responsibilities – what people could and couldn’t do – and carrying out an analysis of energy data from lots of different angles e.g. by technology, by site and bench-marking against different indices.  This analysis was used to formulate energy performance indicators, EnPIs, which then drive energy objectives and targets.

Certification was achieved within 6 months from completion of the gap analysis following 7 days of a very thorough external audit by LRQA. At the heart of the short certification process was JRP’s ISO 50001 Toolkit – a very efficient tool that managed all the components of the Energy Management System.

JRP’s ISO 50001 toolkit made the whole process quicker, easier to audit and minimised paperwork. JRP has now been asked to carry out ISO 50001 gap analysis for five further Vodafone businesses.

“A large component of our implementation plans for Vodafone is about operational control going forward,” states Jes Rutter, Managing Director, JRP Solutions. “Everything in the system is there to maximise energy savings – not to get certification. This is about embedding systems and processes to ensure that Vodafone continue to manage and drive energy efficiency. ”

Vodafone have appointed a system manager and also have a high level sponsor – the director in charge of all data centres – whose role is to ensure ISO 50001’s continued success.

If you would like further information on any of the services in this document, or you would like to find out how we can use our expertise to add value to your organisation, please contact us on 0800 6127 567 or email us info@jrpsolutions.com