EXCLUSIVE: OVO Energy has today (19 September) published its first sustainability strategy, including plans not only to reach net-zero in its own operations 20 years ahead of the Government's deadline, but to mobilise society in collective climate activism. 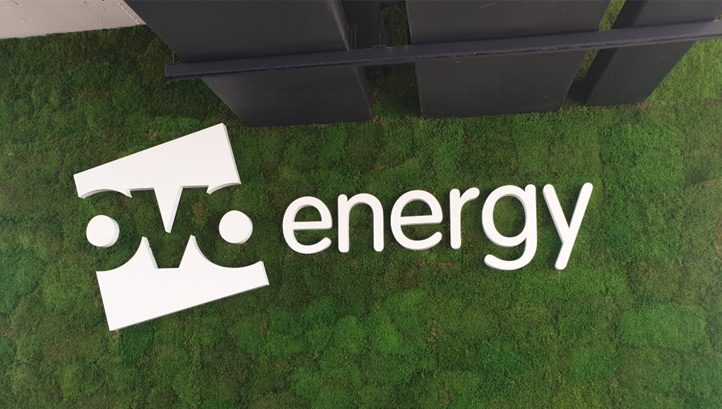 Unveiled at a time when the utility is entering its tenth year and has its sights set on acquiring SSE’s retail arm, OVO’s ‘Plan Zero’ is divided into two key focus areas: power and people. One the former, the firm is aiming to achieve zero-carbon operations by, fit low-carbon and flexible energy technologies for five million homes and “fight the climate crisis” – all by 2030, and all in line with the UN’s Sustainable Development Goals (SDGs).

Setting these ambitions, OVO’s director of sustainability Kate Weinberg told edie during an exclusive interview, required the company to measure its own carbon footprint, undertake materiality mapping and assess the lifecycle impacts of its products for the first time. The business has even moved into a new London office earing BREEAM Excellent and SKA Gold certifications.

But the case for undertaking these lengthy exercises, Weinberg argued, was not simply to get the firm’s own house in order – but to build a “strong foundation” and set a “clear direction of travel” for UK-wide action on decarbonising the entire economy in line with the recommendations of the International Panel on Climate Change (IPCC).

In other words, the Plan’s “planet” goals are dependent on its “people” goals, which include an ambition to halve the total carbon footprint of customers’ lifestyles within the next 11 years and to become “the best company to work for in the UK”.

“The intention with this is to change the way we operate so we can change the way people live,” Weinberg explained. “Trust is a significant foundational element to everything we’re trying to achieve with Plan Zero.”

According to this year’s Consumer Action Monitor report from the Ombudsman Services, the energy was the second most complained-about sector in the UK between June 2018 and June 2019, with only retail attracting more ire from consumers.

For Weinberg, OVO’s ability to be the exception to this trend will directly correlate with its ability to meet its carbon and energy goals.

“We’ve always prided ourselves on customer service but trust becomes even more important when you’re trying to take customers on a journey which will change the relationship they have with their energy,” Weinberg, who makes up one-half of OVO’s two-woman sustainability team, said.

“We want to move away from having a solely transactional relationship with our customers, which is why we’re shifting to a membership model and staking our future on low-carbon technologies.”

Building this trust, she elaborated, will involve convincing consumers that OVO is committed to a purpose beyond its products and services. One of the first steps in doing this has been linking staff remuneration to progress against key environmental and social KPIs – a move which has also been taken by around half of Europe’s largest companies, including the likes of Shell and BNP Paribas.

A further key aspect of OVO’s trust-building will lie in providing bespoke products and services which empower its consumers to act as a collective community. Weinberg told edie that such offerings are likely to “evolve continually” over the next 12 months, following the launch of a digital tool which will enable users to calculate their own carbon footprint later this month.

The tool will notably highlight the most carbon-intense facets of users’ lifestyles and provide them with tailored advice for addressing these behaviours. Eventually, it may be adapted to offer users rewards for making the recommended changes, from using less electricity and gas at home, to taking fewer flights and reducing their meat consumption.

OVO’s collective community of consumers currently stands at 1.5 million actors across the UK, taking in businesses as well as domestic energy users.

But if its planned deal to acquire SSE’s retail arm for £500m progresses as expected, this number could more than treble to more than five million.

Weinberg admitted that it would likely to prove “difficult at first” to ensure than Plan Zero is rolled out across the expanded Group, but maintained that the SSE acquisition would ultimately help to deliver the strategy’s key goals.

“In terms of some of the more specific aims and targets we’ve got around products and customers, the SSE acquisition is great in that it broadens our reach,” she said.

SSE launched its updated sustainability strategy through 2030, called ‘A Better World of Energy’, back in March. The revamp of the framework was based on alignment with the broad SDG agenda, including halving the carbon intensity of generated electricity in line with both SDG 13, Climate Action, and the Paris Agreement’s 1.5C trajectory.

“I am sure that bringing the sustainability work of SSE and OVO together will be an easy synergy because we’re both looking in the same direction already,” Weinberg summarised. “Hopefully, this is just the start for us.”

OVO’s acquisition of SSE is currently subject to regulatory approval and will need to be signed off by the CMA.

edie’s Sustainability Leaders Forum returns in 2020, as some of the biggest companies, individuals and organisations championing sustainability gather at the Business Design Centre on 4 & 5 February to discuss how new business models can drive the transition to a net-zero economy.