The UK's Advertising Standards Agency (ASA) has pulled a TV advert from innocent Drinks, after environmental activists argued that its environmental claims were misleading. 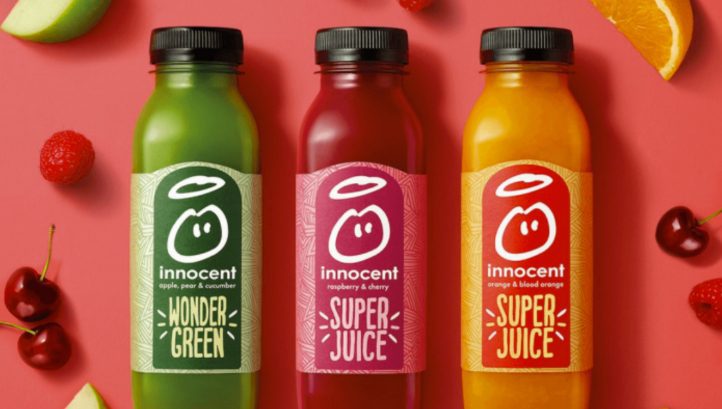 The advert in question was first aired in May 2021 and was produced by consultancy Mother Advertising in collaboration with innocent Drinks. It shows a man, accompanied by an otter, cleaning up rubbish and making smoothies after almost toppling off the edge of a large waterfall in a boat. The waterfall is a metaphor for environmental degradation; before the pair almost fall, they sing about “messing up the planet”, and after cleaning up the litter, they sing about “fixing up the planet”.

Campaign group Plastics Rebellion – an offshoot of Extinction Rebellion – filed a complaint with the ASA Arguing that a brand that mass-produces plastic packaging should not be implying that its products deliver a net benefit to the environment. Plastics Rebellion claims that innocent Drinks, which is wholly owned by the Coca-Cola Company, manufactures 32,000 plastic bottles each hour.

“We have an interesting way of working with [The Coca-Cola Company], in that we run this business in the same way that we always have done, independently,” innocent Drinks states on its website. “They are smart enough to know that innocent has a unique set of values and a really clear purpose that are fundamental to our future success. So they let us get on with it.”

innocent Drinks responded to Plastics Rebellion’s criticisms by stating that it was not trying to imply that its smoothies and packaging have a net benefit on the environment, but was arriving to encourage customers not to harm the planet. It cited its B Corp status as well as its commitment to become a carbon-neutral brand by 2030.

Ultimately, however, the ASA ruled in favour of the environmental campaigners.

The ASA ruling states: “Many consumers would interpret the overall presentation of the ad to mean that purchasing innocent products was a choice which would have a positive environmental impact.

“Although we acknowledged that Innocent [was ]undertaking various actions which were aimed at reducing the environmental impact of their products, that did not demonstrate that their products had a net positive environmental impact over their full life cycles. We also noted that their drinks bottles included non-recycled plastic and that the extraction of raw materials and subsequent processing of those materials in order to produce the bottle would have a negative impact on the environment.”

A spokesperson for innocent drinks said the brand is “disappointed” in the ASA’s ruling.

They told edie: “Our advert was always intended to highlight important global environmental issues and the need for collective action to make a change. We transparently share more about the work that we do on sustainability on our website.

“As with any new guidelines, we’d like to work with the ASA and other brands to understand how to align to them to continue the conversation on these important topics.”

The spokesperson also reiterated the brand’s stance on plastic drinks bottles – namely that their recyclability at kerbside is a benefit, as is the fact that their carbon footprint is lower than alternatives such as glass. They confirmed that the brand will be sharing a life-cycle analysis of emissions associated with packaging “soon”.

The advert notably formed part of a wider advertising campaign from innocent Drinks, called “Little Drinks, Big Dreams”. Other components of the campaign are being criticized on social media following the ASA’s decision. These include posters with slogans including “nature’s business partner” and “plastic isn’t rubbish”.

Posting on LinkedIn, Circuthon Consulting’s founder Paul Foulkes-Arellano wrote: “Fruit pulp shipped from thousands of miles away, water and plastic added in another country, then diesel-trucked all over the UK. What did Mother call it? Nature’s business partner.”

edie has reached out to Mother Advertising for its response to the ASA’s decision.

Earlier this year, the ASA ruled that a TV advert from plant-based milk brand Oatly would need to be pulled for overstating the environmental benefits of alternative milks.  This decision was one of several taken against marketing deemed to be greenwashing across the world in January.