UK think tank Greener UK has warned that threats to environmental regulations related to climate change, waste, air quality and natural resources are escalating due to the uncertainty surrounding Brexit. 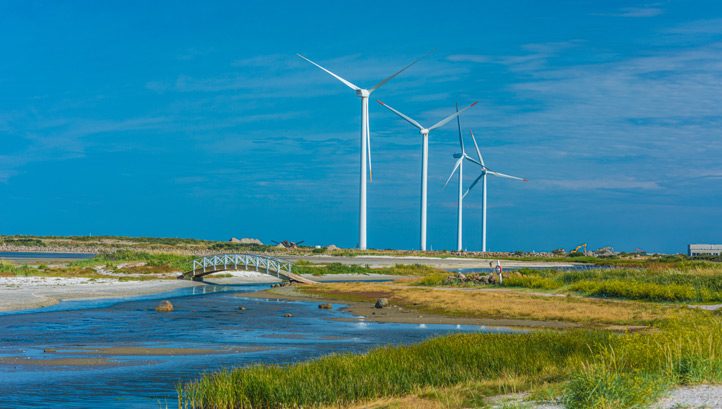 In its latest Brexit ‘Risk tracker’, the Greener UK coalition has expressed concerns that a departure from the EU will take place without the implementation of national policies that are to the same standard or exceed the EU’s “relatively strong rules and regulations” on the green agenda.

The tracker criticises a lack of detail provided by the Government as to why it wants to diverge from EU regulation. Greener UK also warns that a focus on the fallout of a potential No-Deal Brexit, delayed policy bills and rushed trade agreements with the likes of the US all place national environmental standards under increasing threat.

Greener UK’s chair Shaun Spiers said: “Ministers once promised a ‘green Brexit’, but it is hard to remember a point over the past three years when the environment felt more under threat.

“The government must now spell out why it wants the freedom to move away from the high environmental standards we currently enjoy. Rhetorical commitments to “world-class” policies are not enough. Without firm commitments rooted in law, we have to be concerned about weaker standards, for food, chemicals, nature protection.”

The tracker identifies the risks across the areas of climate and energy, waste and resources, air quality, nature and land use, water and chemicals.

On climate and energy, the tracker warns that the ramifications of a No-Deal Brexit would “dominate” civil service capacity, creating delays in implementing policy and action points that enables the UK to meet its net-zero target.

Key risks outlined by Greener UK include a rise in energy bills due to the volatility of the market and a drop in a carbon price. More than £1bn in foregone auction revenue deriving from the EU will also be lost, creating pressure on the automotive industry’s plans to turn the UK into a world leader for electric vehicle (EV) manufacturing.

The report also criticises the “paltry sum” of £30m set aside by the Chancellor for net-zero investment.

The tracker welcomes the ambitions of the UK’s Waste and Resources Strategy, which includes actions to implement resource efficiency standards for products, streamlining recycling collections, introducing a deposit return scheme for drinks containers and overhauling extended producer responsibility for producers.

However, the tracker expresses concern that the bill is likely to be delayed and that the mooted Office for Environmental Protection will not be in place to hold the government to account on waste and resource policy failures.

Potential labour shortages and difficulty in exporting the 3.6 million tonnes of refused derived fuel that is currently exported are both highlighted as issues that have no potential resolutions in place.

The Government claims it has set out new plans on air pollution that go beyond existing EU rules. However, a Defra report notes a lack of clarity on timescales and the economic, social and technological feasibility to improve air quality and has been known to breach legal annual limits in certain parts of the UK in less than a month.

The tracker emphasises the need to bring forward the new environment bill “at the earliest available opportunity”, and for it to include legally binding targets for air quality and an independent body to enforce them.

Nature protection, farming and land use

The prime minister has confirmed that it is the government’s intention to diverge from EU rules and regulations after Brexit, which means the UK is likely to revoke membership to the European Environment Agency and leave the EU’s Habitats Directive.

Despite renewed financially pushes to champion biodiversity in recent months, Natural England chair Tony Juniper has criticised the £30m allocated to improving this area. In contrast, more than £1bn has been set aside for roadbuilding.

There is also “significant concern” in Northern Ireland that a No-Deal Brexit would be “catastrophic for the agri-food industry” and result in “unmitigated” environmental impacts.

The tracker’s prospects for post-Brexit water quality remain bleak, claiming that “prospects for water post-Brexit remain poor”. Repeated delays in the “progressive” Agriculture Bill are a sign of concern, the report notes, as it could push public funding for water down the agenda.

A No-Deal Brexit could also see standards and regulations that aim to control water pollution from agricultural sources relaxed. The Tracker calls this potential action a “seriously retrograde step with potentially disastrous consequences for water quality and wetlands”.

For fisheries, Greener UK warns that the mooted fisheries bill, if it even returns, is “considerably flawed” as it places no legal duty on authorities to oversee management of sustainable fishing. The bill also lacks scientifically defined levels of fishing that would constitute as sustainable.

This, the tracker notes, could create knock-on effects for sustainable fish stocks and is a “clear regression” on current environmental standards under the Common Fisheries Policy (CFP).

Finally, the tracker concludes that it “appears more and more probable” that the UK will leave the European Chemicals Agency (ECHA). Earlier this year, Parliament approved the statutory instrument (SI) on REACH, which aims to transpose most EU regulations into UK law and create a new UK chemical agency in the Health and Safety Executive (HSE), in the event of a no-deal.

However, the tracker notes there are “serious deficiencies in the plans”. Particularly, leaving REACH could undermine environmental and public health, mainly due to the UK’s eagerness to negotiate a US-UK trade deal.

“It is difficult to imagine how the UK could deliver world-class standards on chemical regulation without remaining dynamically aligned to REACH and the EU’s chemical-related laws,” the tracker states.