In one of her last acts as Prime Minister, Theresa May has confirmed that Parliament will implement the recommendations of the Committee on Climate Change, creating a legally binding net-zero carbon target for 2050. 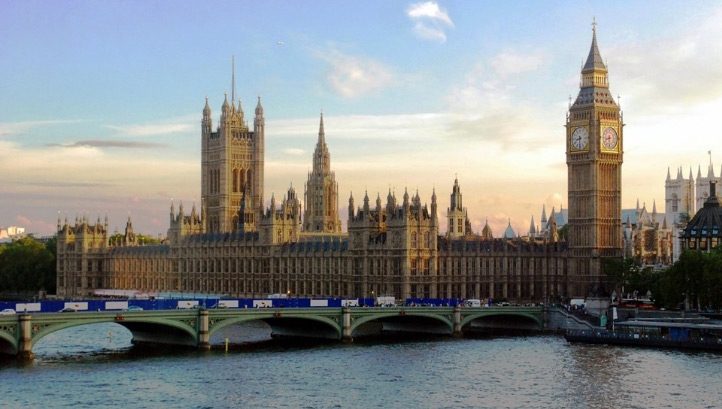 Announced on Tuesday night (11 June), the Prime Minister revealed that the statutory instrument to amend the Climate Change Act of 2008 to account for a net-zero target by 2050 will be laid in Parliament on Wednesday.

Prime Minister Theresa May said: “Now is the time to go further and faster to safeguard the environment for our children. This country led the world in innovation during the Industrial Revolution, and now we must lead the world to a cleaner, greener form of growth.

“Standing by is not an option. Reaching net zero by 2050 is an ambitious target, but it is crucial that we achieve it to ensure we protect our planet for future generations.”

The move comes just over a month after the Committee on Climate Change (CCC) published its recommendations to Government on legislating for a net-zero carbon economy. The body’s advice includes bringing the ban on new petrol and diesel car sales forward to 2035; quadrupling the UK’s renewable energy generation capacity; improving biodiversity across 20,000 hectares of land annually and deploying carbon capture and storage (CCS) at scale.

Devil in the detail

How the UK actually plans to reach net-zero emissions will need to be set out. Chancellor of the Exchequer Philip Hammond claimed that spending cuts for schools, hospitals and the police force would be needed to fund total decarbonisation of the UK economy, which he estimated at £1trn.

The Financial Times reported last week (4 June) that the cabinet has accepted a request by Hammond that 88 megatonnes (million tonnes) of emissions from the 2013 to 2017 carbon budget should be carried forward to give the UK more leeway in meeting future targets. The decision flies in the face of advice issued by the CCC when it urged ministers not to take advantage of the existing rule.

Under the Climate Change Act, the UK is currently targeting an 80% reduction in emissions by 2050 against a 1990 baseline, following similar advice from the CCC in the past. However, the current Act only accounts for international aviation and shipping on a territorial basis. Under the proposed new strategy, the net-zero target would encompass all sectors, including shipping and aviation.

One deviation from the recommendations is the use of international carbon credits. The UK Government has confirmed that they will retain the ability to use these credits to offset emissions within an appropriate monitoring, reporting and verification framework.

The UK Government also looks set to stick with its original phase-out date for new diesel and petrol vehicles. However, MPs have confirmed a bid host COP26.

The Government’s target will also tap into the growing influence of youth climate strikes. A Youth Steering Group will be led by DCMS and the British Youth Council to advise the Government on priorities for climate change, waste and recycling and biodiversity loss. They will start their review in July.

The legislation means the UK will become the first G7 nation to enshrine a net-zero target, and will conduct assessments within the next five years to push for other countries to set similar targets. A key ambition of this assessment is to ensure that UK industries to not face unfair competition from foreign businesses neglecting climate impacts.

It also follows months of calls from MPs and businesses alike to enshrine a net-zero target into UK law – a discussion that has been amplified by the recent climate school strikes and Extinction Rebellion protests.

The announcement from the Government comes just hours after the Business, Energy and Industrial Strategy (BEIS) committee’s chair Rachel Reeves MP introduced a new bill for legislating on net-zero to the House on Tuesday afternoon (11 June).

The bill, which followed the CCC’s recommendations and included all international aviation and shipping, was broadly welcomed across the house – particularly by groups such as the Environmental Audit Committee (EAC).

Unwarranted Treasury scepticism shouldn’t block the action needed to achieve Net Zero🌎. The moral imperative to act for our children and future generations is overwhelming. Thanks to MPs from across the House of Commons for signing onto my Bill. pic.twitter.com/raBbhLkFCb

The UK Government first requested advice from the CCC on how best to legislate for a net-zero carbon economy last Autumn, in the wake of the Intergovernmental Panel on Climate Change’s (IPCC) landmark report on global warming.

The report shed light on the vast difference in economic, social and environmental impacts between the Paris Agreement’s agreed 1.5C and 2C pathways for the first time, revealing that the 0.5C difference would significantly worsen the risks of drought, floods, extreme heat and poverty for hundreds of millions of people. In order to limit warming to 1.5C, the paper concluded, global emissions would need to be cut by 45% by 2030 before reaching zero in 2050.

In the wake of the report, Scotland has already legislated to hit net-zero by 2045, while Wales has legislated for a 95% cut to national emissions by the same deadline. On a global level, efforts to reduce emissions have seen a 1C drop in the temperature rise being forecast by the end of the century – from 4C to around 3C.

From a business perspective, several of the UK’s largest corporates have also set their own pre-2050 net-zero or 1.5C targets in light of the IPCC’s claims, including the likes of BT, Skanska UK, Ecotricity and Aldi UK and Ireland. This trend can be seen across the global business community too, with modular flooring firm Interface, engineering and electronics giant Bosch and container shipping giant Maersk among the global cohort of so-called “zeronauts”.

Businesses from all sectors and of all sizes have also been aiming to drive change outside of their own operations by lobbying the UK Government to legislate for net-zero. Last month, a coalition of 128 UK-based businesses, industry networks and investors wrote to Ministers demanding that a net-zero target for 2050 is legislated “immediately” and were told such moves would be made “in a timeframe which reflects the urgency of the issue”.

Commenting on the introduction of the legally binding target, Secretary of State for Business, Energy and Industrial Strategy Greg Clark said: “We want to continue our global leadership and that’s why we are introducing a legally binding net zero target to end the UK’s contribution to global warming entirely by 2050. The report we commissioned from the Committee on Climate Change makes clear that we have laid the foundations to achieve a net zero emissions economy, and that it is necessary and feasible.

“Almost 400,000 people are already employed in the low-carbon sector and its supply chains across the country. Through our modern Industrial Strategy we’re investing in clean growth to ensure we reap the rewards and create two million high quality jobs by 2030.”

A green reaction round-up will be published on the edie website shortly.