Rachel Kyte: Voluntary carbon credit markets need to be Paris-aligned, or they have no credible future

The co-chair of the Voluntary Carbon Markets Integrity Initiative (VCMI), Rachel Kyte, has argued that while these markets remain unregulated post-COP26, they will need to prove their credibility in terms of climate science sooner rather than later. 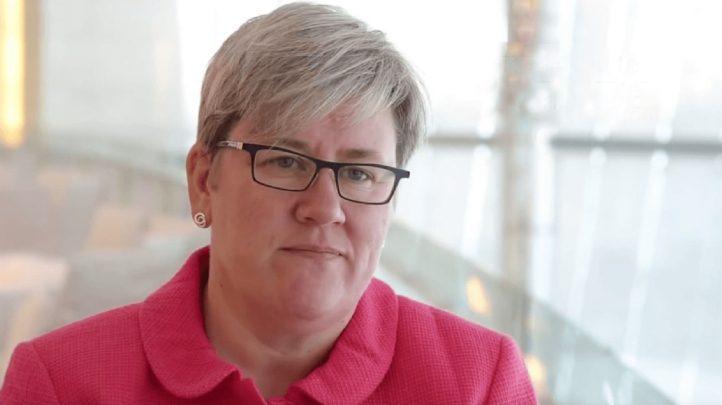 Kyte was one of the speakers at edie’s Sustainability Leaders Forum, which took place at the Business Design Centre in London earlier this month and saw hundreds of sustainability and energy professionals meeting with the aim of accelerating action towards a sustainable future.

She dialled in virtually to provide the attached address, which was given ahead of a debate on carbon offsetting featuring expert speakers for Futerra, Anglian Water, Standard Chartered, Heathrow Airport, ClimatePartner and Polestar.

Speaking to the audience, Kyte said that 2022 will be “a critical year for action to close both our ambition and implementation gaps” on climate and social sustainability. She said, as many other speakers did during the two-day Forum, that “the leadership benchmark has moved, and we are well beyond needing rhetoric and plans”.

In terms of voluntary carbon markets specifically, Kyte recapped on progress made at COP26, stating: “Late on the last day of COP26 in Glasgow, the parties of the UNFCCC agreed a rulebook for Article 6 of the Paris Agreement. Unobtainable in Paris, and previous COPs since then, agreement last year was important, given that Article 6 sets out how countries can cooperate on reducing emissions – in particular through carbon markets that have long been the subject of controversy.

“It is a fundamental building block of the architecture we need for a new world of cooperation towards a more inclusive, greener and cleaner world.

“While some important details remain to be worked out, it does effectively set the bar for Paris-Agreement-aligned carbon trading.”

Article 6 does not cover voluntary carbon markets at the moment, but Kyte warned that these markets should only exist if they help bring about a Paris-aligned world.

She explained:  “We must think of voluntary markets as glide paths to regulated markets. Therefore, the integrity of their operation becomes critically important if they are to land smoothly in achieving their dual purpose of emissions reduction and revenue generation for countries and rights holders that can supply credits.”

In Kyte’s opinion, we are already on this “glide path” – and the leg of journey that will take place over the coming months and years could well be the most important.

Indeed, recent research from BloombergNEF found that failure to ensure that the quality of carbon credits in voluntary markets is sufficient could see peak offsetting prices skyrocketing to  $224 per tonne by 2029. A market that is fundamentally not fit for purpose due to a large amount of credits for schemes that do not generate robust benefits would be expensive to fix.

The work of the VCMI is not to regulate voluntary markets themselves, but to support demand and supply-side integrity efforts. On the demand side, beta guidelines for businesses will be published in June, helping them to ensure that climate claims around specific products (e.g. carbon- neutral coffee/shampoo) are credible and that overarching net-zero transition plans are robust.

“The market will have to have integrity hard-wired into it from end-to-end – from the quality of credits, to the quality of claims made by companies in the market,” Kyte explained. She argued that there is no room for action that doesn’t ultimately reduce emissions.

While noting that many businesses are now in agreement with this, with many backing their net-zero plans with increased investment in skills and technology, there is currently “low social trust” in corporate climate action after years of anti-climate lobbying from some of the major players.

“It only takes one firm to put seeds of doubt in the public’s imagination, and regulation is dragging,” said Kyte.

“Guardrails need to be in place so that businesses have the confidence to act and investors, policymakers, rights holders and the public have confidence that we’re moving in the right direction”

On the supply side of things, the Taskforce on Scaling Voluntary Carbon Markets last September launched a new independent governance body that will create a global benchmark for schemes. It will define these so-called ‘Core Carbon Principles’ this year. Mark Carney, who set up the Taskforce, confirmed earlier this year that workstreams have been streamlined and rearranged. It will focus on developing, refining and implementing the global benchmark rather than setting aggressive targets for the growth of global markets.