The association representing more than 60% of the world's aluminium production has published new climate pathways for the sector, outlining how recycled materials, electrification and emerging technologies could cut emissions at scale. 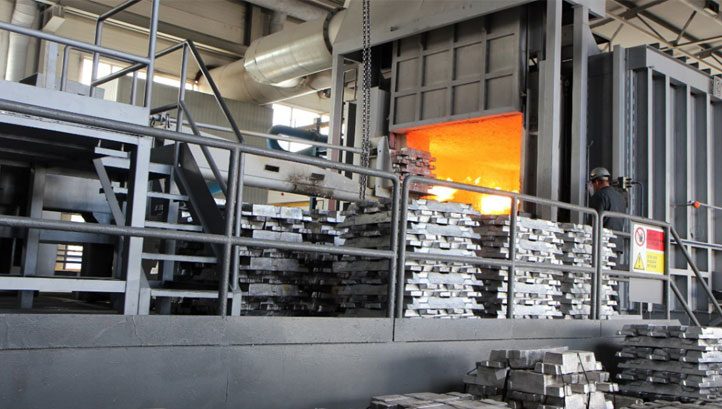 Aluminium is a key material for sectors including electric vehicles

Entitled ‘Aluminium Sector Greenhouse Gas Pathways to 2050’, the new report from the International Aluminium Institute (IAI) is designed to help the sector front-load decarbonisation in line with the Paris Agreement in the coming decades, aiming beyond 2C and towards 1.5C. The sector is notably accountable for 2% of annual global man-made emissions and is set to grow by 50% by 2050, in line with increased demands for digital products and things like electric vehicles (EVs).

The IAI’s report, produced following two years of work by members of its Greenhouse Gas Pathways Working Group, outlines three pathways that businesses alone – or the sector more broadly – can take. They are electricity decarbonisation and electrification; technologies to reduce direct emissions from fuel; and recycling and resource efficiency.

On low-carbon electricity and electrification, the report states that more than 60% of the aluminium sector’s global emissions in 2018 were attributable to electricity consumed during the smelting process. As such, there are wins to be had from switching to renewables, either through tariffs or power purchase agreements (PPAs). The report describes this as “one of the most significant opportunities” to cut sectoral emissions in the short and mid-term.

Another significant opportunity, the report states, is carbon capture and storage (CCS). If combined with improvements in fuel efficiency, alternative fuels including green hydrogen, and other emerging technologies like inert anodes, CCS could address 15% of the sector’s process emissions, according to the report.

The third and final pathway covers the need to design out waste and increase the proportion of recycled content used in materials and products. The sector could reduce its consumption of primary aluminium by one-fifth if it works across the value chain to increase collection rates of key materials to 100%. This, in turn, would reduce annual emissions by 300 million tonnes of CO2e.

The IAI ultimately believes the sector will need to accelerate action across all three focus areas to align itself with the Paris Agreement. The organisation’s secretary-general Miles Prosser said the pathways are “the most comprehensive in the industry” and that the sector is now “poised to address the challenge of emissions reduction”.

Several of the world’s major aluminium producers, as well as some of the sector’s biggest customers, have already begun implementing some of the processes and innovations detailed in the IAI’s new report.

January saw aluminium and hydropower giant EN+ Group announcing its intention to become a net-zero business by 2050, with a target also in place to reduce greenhouse gas emissions by 35% by 2030. The firm is exploring self-generated renewable power, innovative materials and technologies like CCS to reach the new target, according to executive chairman Lord Barker of Battle.

Then, in February, BMW unveiled plans to begin sourcing aluminium produced using solar-powered manufacturing. Emirates Global Aluminium (EGA) is providing the initial deliveries of this material via an exclusive contract with BMW. The firm claims it is the first in the world to use solar-generated electricity, sourcing power from Dubai’s Mohammed Bin Rashid Al Maktoum Solar Park. Competitor Jaguar Land Rover (JLR) had already begun scaling up a project designed to increase reused and recovered aluminium.

These announcements came shortly after another major development for aligning the global metals sector with the Paris Agreement – the launch of The Climate Group’s Steel Zero scheme. By signing up to Steel Zero, companies commit to procuring, specifying, stocking or producing 100% net-zero steel across all operations by 2050 at the latest.  Members include Grosvenor Britain & Ireland, Lendlease, Mace Group and Multiplex Construction Europe.

Despite this leadership from some firms, a recent analysis from the Transition Pathway Initiative revealed that only 14% of publicly listed companies in the steel and aluminium sector are currently on track to meet the Paris Agreement’s 2°C climate target