UK trade associations, techUK, the Solar Trade Association (STA) and RenewableUK are forming a new partnership to encourage companies to purchase more renewable energy in a bid to spur the net-zero transition. 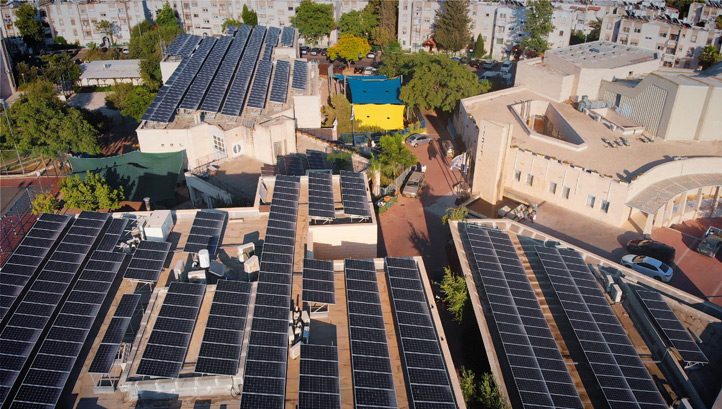 The three associations will team up to encourage member companies to enrol into long-term power purchase agreements (PPAs) and explore the role of technology and data in the renewables sector. It is hoped that the corporate sphere can stimulate the UK’s renewables market, which has enjoyed record levels of growth over the last few years.

The STA’s chief executive Chris Hewett said: “Private sector leadership is vital to deliver a net-zero economy. We are proud to strengthen our commitment to working with the UK’s technology sector to accelerate decarbonisation and the transition to clean energy.”

RenewableUK and the STA will encourage its corporate members to work with the technology sector to explore and trial smart systems for renewables integration and energy storage systems. Additionally, the associations will assess how emerging technologies such as Artificial Intelligence and the Internet of Things (IoT) can be utilised in the renewables sector. The role of technology in delivering innovation for heat and energy systems in buildings will also be explored.

As for techUK, the association will encourage its members to utilise long-term PPAs to help with decarbonisation strategies. PPAs made by corporates in Europe totalled 8GW in 2019, up from 5.5GW in 2018.

The three largest individual European solar deals made in 2019 were of 199MW by Amazon in Spain; 160MW by Google in Demnark and 143MW in France by rail operator SNCF. Amazon has notably pledged to source 100% renewable electricity by 2030, with an interim aim of 80% by 2024, while Google has been sourcing 100% renewable electricity for operations since 2017 and is now investing at scale to bring manufacturers and suppliers along for the transition.

Commenting on the agreement, Julian David, chief executive techUK said: “The technology sector is already the largest corporate buyer of renewable energy in the world. We are committed to working with the UK’s renewable sector not only to bring more new renewables onto the grid as part of our own efforts to decarbonise our operations, but also to support companies in the sector in understanding how emerging technology can support their businesses.”

The costs of wind and solar in the UK have fallen dramatically in recent years, creating an attractive proposition for businesses looking to reduce emissions. The National Infrastructure Commission has stated that up to 65% of the UK’s energy demand could be met by renewable generation within a decade – increasing the proportion from 50% in previous forecasts to account for falling costs.

The report models a variety of scenarios in which the 65% quota is met by 2050, concluding that between 86GW and 99GW of generation must be deployed by the end of 2030 – including a minimum of 40GW of offshore wind. The UK’s Offshore Wind Sector Deal is notably designed to ensure that 30% of electricity generated in the UK comes from offshore wind arrays by 2030, and that capacity increases fivefold through to 2050.

There is more than 10GW of large-scale solar being planned in the next few years, as well as 2GW of smaller solar and 3.5GW of wind generation in the UK. However, the UK is achieving less than half of the required build rate to deliver energy systems that will reach net-zero emissions by 2050. As such, it is hoped the new announcement will spur more demand for renewables.

RenewableUK’s director of future electricity systems Barnaby Wharton said: “Wind and solar are the cheapest forms of new power generation which will lead the green economic recovery the UK needs. I’m delighted that we’ll be working more closely with techUK and the STA to deliver, the smart, flexible power system of the future faster than anyone expects.”