New data has revealed that renewables accounted for more electricity than any other power source in Great Britain for the first quarter of 2020, as blustery winds spurred renewables generation to 45% of the entire electricity mix. 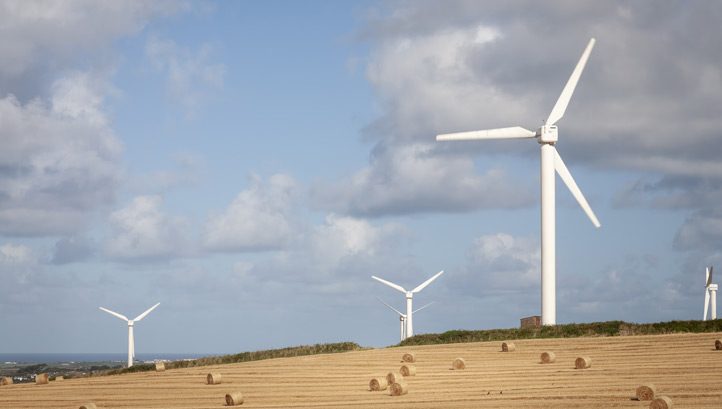 New quarterly data from analysts EnAppSys has found that between January and March 2020, 45% of electricity generation came from renewables and exceeded levels of the total fossil fuel generation for that period by a margin of 36%.

The analysts note that power output from windfarms pushed passed 10GW for 63% of the quarter and more than 5GW for 85% of the quarter. At the same time, nuclear generated its smallest volume since Q3 in 2008, producing 12.2TWh in the quarter as “the older reactors have been seeing increasing levels of downtime as they move towards the end of their operational life”.

March also saw levels of demand fall significantly as the country moved into lockdown due to the coronavirus.

EnAppSys’ director Paul Verrill said: “Whilst the ‘stay at home’ measures reduced demand in the last weeks of March, which increased the contribution of renewables, wind farms generated significantly more power than gas-fired plants, which historically have been the dominant fuel type for electricity generation in Great Britain for some years now.”

EnAppSys does state that the trend is likely to be a “temporary high” as weather patterns are expected to normalise and put outputs down slightly.

The news arrives in the same week that new data from the International Renewable Energy Agency (Irena) showed that solar, wind and other green technologies now provide more than one-third of the world’s power, a new record.

Renewable power purchase agreements (PPAs) made by corporates in Europe alone totalled 8GW in 2019, up from 5.5GW in 2018. The world has invested about $3tn in renewables over the past decade, according to Irena, but annual investments must double by 2030 to tackle the climate emergency.

Despite this growth, the number of jobs in renewable energy in the UK has collapsed by nearly a third.