The climate efforts of 20 of the world's largest airlines will not suffice if the aviation sector is to align with the aims of the Paris Agreement and the recommendations of the Intergovernmental Panel on Climate Change (IPCC). 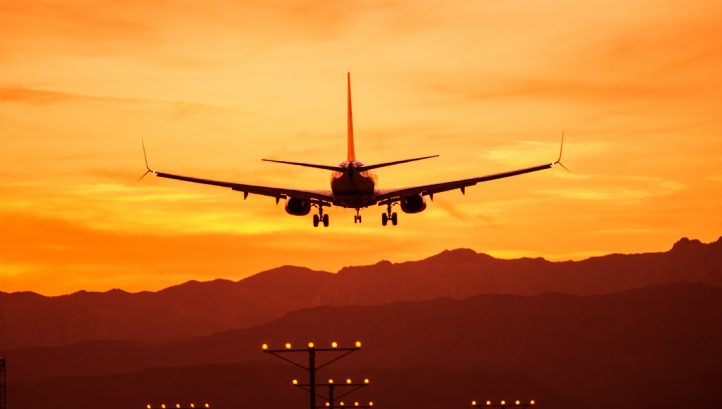 Aviation accounts for 2% of all global carbon emissions

That is the key finding of a new report from the Transition Pathway Initiative (TPI) – a research group at the London School of Economics’ Grantham Research Institute which has received backing from investors with more than $13trn in assets under management (AUM) collectively.

Entitled ‘management quality and carbon performance of airlines’, the report ranks 20 of the world’s largest airlines on their emission reduction actions and strategies, revealing that none of the companies listed have aligned their long-term targets with the Paris Agreement’s 2C trajectory.

Specifically, it criticises the likes of easyJet, American Airlines and Air China for failing to publicly outline how they will reduce their flight emissions after 2025, or to set strategies which go beyond carbon to cover additional sources of warming such as the emissions of contrails – the cloud-like trails produced by aircraft.

The report groups the 20 airlines into six categories, with zero meaning that the company’s management-level staff are “unaware” of climate issues and six meaning that emissions have been embedded in “strategic assessment” activities. These groupings are based on each company’s climate disclosure practices and the emissions intensity of its flights.

Lufthansa, Delta, United Air and ANA Group are all placed in group six, while just one airline – Wizz Air – is ranked as a zero. The TPI noted that Wizz Air has “enhanced” its disclosure and reduced its flight emissions intensity since its research was undertaken but is yet to verify exactly how much progress has been made.

easyJet, the only British airline included in the report, is ranked in category four, meaning it is “building capacity” for the switch to low-carbon aviation. The TPI praised easyJet as the only airline included in its rankings to have aligned the emissions intensities of its post-2020 flights with a 2C benchmark.

However, the report notes that easyJet’s progress has been the exception, rather than the rule, with the airline sector continuing to account for 2% of all carbon emissions globally. This failure by the wider sector to decarbonise means it is at risk of losing key investments, the TPI has warned.

Finance firms to have supported the research include the Environment Agency Pension Fund, BNP Paribas and Legal & General Investment Management.

“When it comes to carbon performance, airlines must be in it for the long haul; that means setting stretching emissions reduction targets to 2030 and beyond and ending a reliance on offsetting,” the TPI’s co-chair Faith Ward said.

“The aviation sector is doing the basics when it comes to carbon performance, but investors are urging companies to take more significant steps as they judge which airlines are most likely to survive the turbulence of the transition to a low-carbon economy. “

With aviation fuel being the biggest cost for any airline, some of the big industry players have sought cheaper, more sustainable alternatives. Virgin Atlantic, for example, recently showcased an innovative jet fuel made from recycled waste gases, while Singapore Airlines has incorporated used cooking oil into its fuel mix.

Aside from biofuels, some airlines are opting for the electrified transport route, with easyJet planning to incorporate electric aircraft into its fleet by 2027.