Report: Deforestation booming due to weak policy and corporate inaction

A lack of policy support or ambitious action from corporates involved in agriculture has led to an area of tree cover the size of the UK being lost globally each year between 2014 and 2018, a new report has concluded. 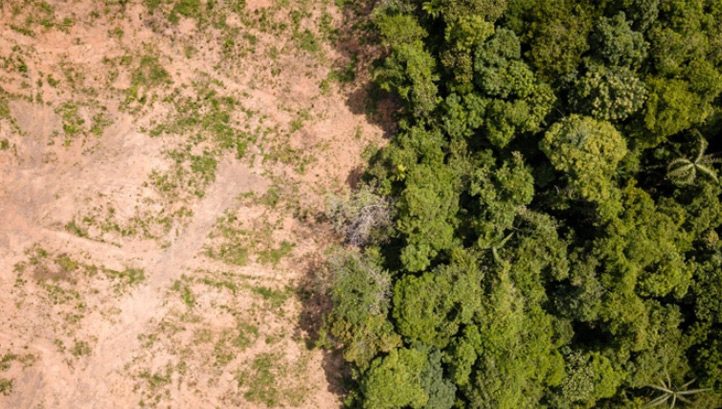 Around 3.6m hectares of tropical forest are estimated to have been cleared in 2018 – equivalent to the size of Belgium

Produced by Climate Focus, the report tracks progress around the New York Declaration of Forests. Ratified in 2014 by a coalition of businesses, governmental organisations, NGOs and indigenous peoples’ groups, the Declaration committed to halving tropical deforestation by 2020 and ending it by 2030, as well as restoring 150 million hectares of degraded habitat by 2020, rising to 350 million by 2030.

According to the report, there is “little evidence” that signatories to the declaration have acted in line with its commitment, meaning that achieving the 2020 goals is now “likely impossible”. Businesses to have signed the Declaration include the likes of Mars and McDonalds.

The report notes that, while political and corporate will to stop deforestation in supply chains and to restore key habitats has risen recently – particularly in light of the forest fires in Amazonia – action to address the root causes of deforestation has been slow. Between 2013 and 2018, the document claims, the global rate of gross tree cover loss has increased by 43%, with the majority of tree-planting initiatives having taken place outside of natural forest areas.

The climate impact of these trends is significant, according to Climate Focus. On average, annual tropical tree cover loss between 2014 and 2018 emitted 4.7 gigatons of carbon dioxide per year, the report states. This amount of emissions is greater than those emitted by all EU member states collectively during 2017.

Moreover, the worst impacts are reportedly being disproportionately felt by tropical and ancient forests, which are widely regarded as key biodiversity hotspots and climate mitigation tools. The report notes that 90% of global deforestation linked to agricultural commodities and urbanization occurred in tropical regions.

In order to reverse this trend, Climate Focus is calling for policymakers and businesses to “catalyse a systemic shift in behaviour” throughout key supply chains by:

The advisory firm notes in its report that such actions are beginning to transform the palm oil supply chain in Indonesia. Deforestation for palm oil globally, the document states, has declined from one million acres a year to 200,000 acres per year between 2011 and 2018, largely due to action from businesses and national government.

Responding to Climate Focus’ findings, Mighty Earth’s chief executive Glen Hurowitz said: “Forests are burning in large measure because the big companies that committed to saving them are not actually trying to do so.

“Not only are these companies directly financing deforestation, they have repeatedly lobbied governments to stop basic environmental protections.

“The tragedy of these findings is that they also demonstrate that success is possible. Companies can achieve dramatic progress when they actually make an effort. These same companies have largely, though imperfectly, enforced their no deforestation policies in the palm oil industry, and the results on the ground show it.”

Lay of the land

In related news, new analysis published this week has revealed that transforming global land use systems with environmental sustainability as top-of-mind could deliver a $4.5trn boost to the economy.

The study, conducted by the Food and Land Use Coalition, concludes that the agri-food sector is currently causing $12trn per year in damages to the environment, human and animal health and social development. This amount could rise to $16trn annually by 2050 due to population growth and climate impacts, the Coalition claims.

However, the Coalition believes that an alternative future is still possible. It predicts that, if farming systems are transformed to become environmentally and socially “net-positive”, and if businesses and policymakers collectively drive a shift away from volume-based economics, up to $4.5trn annually can be unlocked for the global economy by 2030.

Value delivered in this way results largely from reduced healthcare costs, increased productivity and the creation and growth of new markets and business opportunities.

In order to reap these benefits, the Coalition states, private and public investors must drive $100bn of investment a year into sustainable food systems by 2023.

“This is the closest to a win-win we will get, reaping huge social, economic and environmental benefits,” the Coalition’s principal Jeremy Oppenheim said.

“This report proves for the first time that it is possible, indeed economically attractive, to feed nine billion people with nutritious diets within planetary boundaries and to do so in a way that is good for rural communities,” he added.”

The report notably comes in the wake of the Intergovernmental Panel on Climate Change’s (IPCC) special paper on land use, which revealed that food and drink production alone is has been the driver of 75% of deforestation by area size to date. The paper additionally revealed that deforestation, the destruction of other habitats and livestock are collectively responsible for more than one-fifth of human-made emissions each year.