Deloitte has published the results of its survey of more than 2,000 C-suite business leaders across 204 nations, revealing that 82% were personally impacted by climate-related events within the past year and documenting an increase in environmental concern and action. 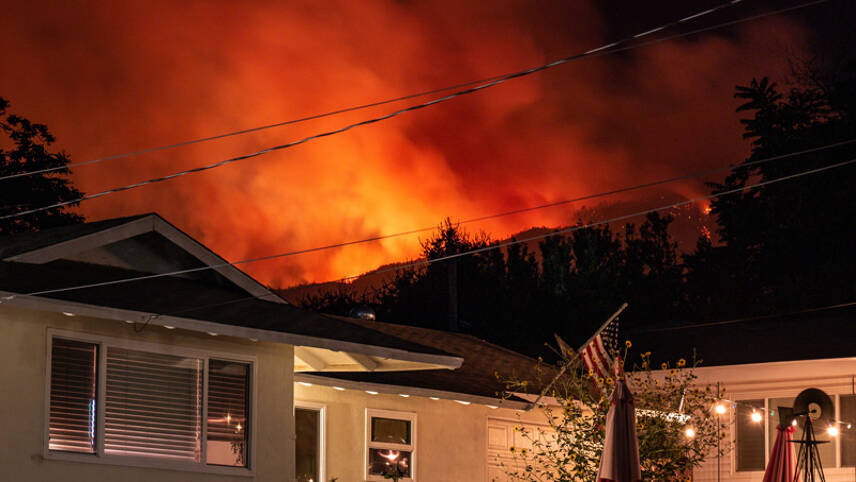 Published to coincide with the first day of proceedings at the World Economic Forum’s (WEF) summit in Davos, Switzerland, Deloitte’s CxO Sustainability report confirms that, for most large companies, environmental sustainability is now a strategic priority rather than a siloed, nice-to-have.

When the professionals surveyed for the report were asked to name their top three issues, climate came in second only to near-term economic outlook. Notably, most did not see climate as a distant issue – almost two-thirds (61%) said climate change will have a high or very high impact on their organisation’s strategy and operations within the next three years. This could be due to physical disruption or, more likely, to the need to comply with new regulation and to change business models.

Indeed, 62% of those polled said they feel concerned about climate-related issues all or most of the time.

Deloitte revealed that there may be a link between this increased level of climate concern and personal experience. 82% of those polled say they have been personally impacted by climate-related events within the past year.

Of course, there are other factors at play, including improved climate science; more mainstream media coverage of environmental issues; changing legislation and regulations, and so on. But 2022 will likely be remembered as a year of extreme weather across the world, from heatwaves and droughts to flash flooding and New York’s recent “historic lake-effect snowstorm”.

Research published this week by the US National Oceanic and Atmospheric Administration (Noaa) concluded that many of these events were made more likely and more severe by rising global temperatures and associated changing weather patterns. In some cases, the researchers found, they would have been near impossible with no man-made global warming.

The WEF deems the increased frequency and severity of national disasters as the second-biggest risk facing the world in the near-term (i.e. 2023 – 2025) . Only the cost-of-living crisis ranked higher.

While the report paints a picture of increased concern, it also reveals a wealth of climate optimism among business leaders.

Promisingly, 84% of those surveyed do not believe that environmental sustainability and financial profitability are at odds. They either agree or strongly agree that global climate goals like the Paris Agreement can be delivered in tandem with economic improvement.

Another question found that 78% of leaders are at least somewhat optimistic that humanity will act to avoid the worst impacts of the climate crisis.

The leaders surveyed, the report reveals, continued to maintain this optimism and to work towards a more sustainable future despite the global challenges posed by 2022. Three-quarters of those polled said their organisation has increased sustainability-related investment over the past year. One-fifth said the increase was “significant”.

The most common themes for increased spending were improving energy efficiency and promoting the use of more sustainable materials. Six in 10 of those polled took action here last year. Also popular were employee training schemes, implemented by half of those polled.

Commenting on these findings, Deloitte’s global chief executive Jow Ucuzoglu said: “If there was any doubt that climate change is an enduring part of the business agenda, the increased focus on sustainability by leaders over the past year should put it to rest. In a year of continued uncertainty, disruption, and competing business challenges, leaders ranked climate change as a top issue… It is promising to see that C-suite leaders are making sustainability a priority and increasing their investments to help lead the way.”

Deloitte also documented an uptick in businesses taking harder-to-implement actions that will be necessary for the private sector to really “move the needle” on environmental issues. Almost half (49%) said their organisation is developing new, lower-emission products and services and 43% are improving the climate resilience of their operational facilities by modernizing them or considering relocation.

Deloitte also recorded trend towards requiring suppliers to meet increased environmental sustainability criteria, such as reducing plastic packaging use or reducing their own emissions. This work is now underway at the employers of 44% of the professionals surveyed. Considering that most large businesses see the majority of their climate footprint falling beyond their operations, this marks a move towards more credible climate plans.

Less common, the survey found, was the linking of leaders’ pay to environmental performance. Just one-third of those polled said their business had made this move, commonly taken to ensure accountability for delivery at the senior level.

The survey additionally found that less than one-third of businesses are aligning their climate approach with their direct and indirect lobbying activity and their political donations.

Taking place in London on 1-2 March 2023, edie’s biggest annual event has undergone a major revamp to become edie 23, with a new name, new venue, multiple new content streams and myriad innovative event features and networking opportunities. One of the major changes for 2023 is the creation of a dedicated Strategy Stage.