Government needs to incentivise and support local funding and devolved powers in order to move the UK's local areas to a net-zero carbon economy, a new report has claimed. 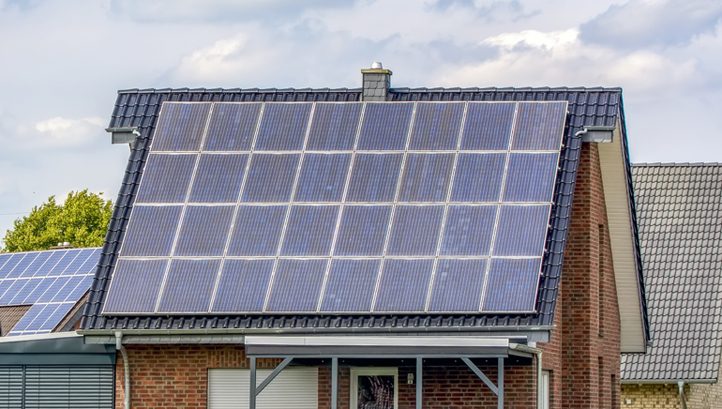 The study, delivered by think tanks Green Alliance and Localis, states Westminster needs to get behind ambitious local industrial strategies – and follows more than 230 English local authorities declaring climate emergencies in the past year.

But despite the policy announcements, many councils have only recently begun to consider the required local energy and transport system requirements – and how to transform buildings, industries and other assets in these areas.

Local industrial strategies in which local areas can plan to meet net-zero goals and improve growth and productivity are the most obvious route for councils to take, the report argues. But the slow roll-out of such strategies – it is believed only a handful have so far taken them up – has delayed the opportunity, resulting in local authorities missing out on clean growth development and the ability to hit national net-zero targets.

The report calls for more powers for local authorities on green buildings and the use of council and business rates to meet clean growth objectives. It also proposes a portion of the new Shared Prosperity Fund is ringfenced for clean growth projects, such as grid infrastructure to expand renewable energy and improve public transport, and to futureproof in emerging fields such as smart energy systems and off-site construction.

A number of schemes are highlighted throughout the report, such as Bristol’s CityLeap programme, which aims to create local opportunities for private investment in local energy systems, and the West Midlands Combined Authority’s drive to put electric vehicles at the heart of its local industrial strategy.

Bristol already has plans to be a net-zero city by 2030 and has put in place a number of green schemes, including a blockchain project to incentivise behavioural change, and has reduced its carbon emissions already by 71% against a 2005 baseline.

The news follows the government’s legally binding net-zero 2050 target, one of the final policy announcements of the Theresa May-led Conservative administration, and the declaration of a climate emergency by the House of Commons. The new Prime Minister Boris Johnson has continued to offer support for the goal, claiming “we can beat the sceptics” on the target – and he has also created a £1bn fund to assist developing nations to achieve net-zero.

Discussing the findings of the report, Green Alliance’s head of policy Roz Bulleid said the impact of climate change was “acutely felt at the local level”.

She said: “Some areas could lose jobs in high carbon industries while others are benefiting from new opportunities such as offshore wind. Local policy-makers should be building clean growth into the heart of their economic strategies to attract the industries of the future and ensure local resilience in a world increasingly affected by climate change.”

He said: “As the first rural authority in the country to receive a Devolution Deal giving us more funding powers and the opportunity to co-design policy to deliver local services, we back this call for central government to support local industrial strategies with new funding and devolved powers.”