If the UK government were to back renewable generation and flexible energy technologies like battery storage instead of a new nuclear plant, some £660m could be saved through to 2030, a new analysis has concluded. 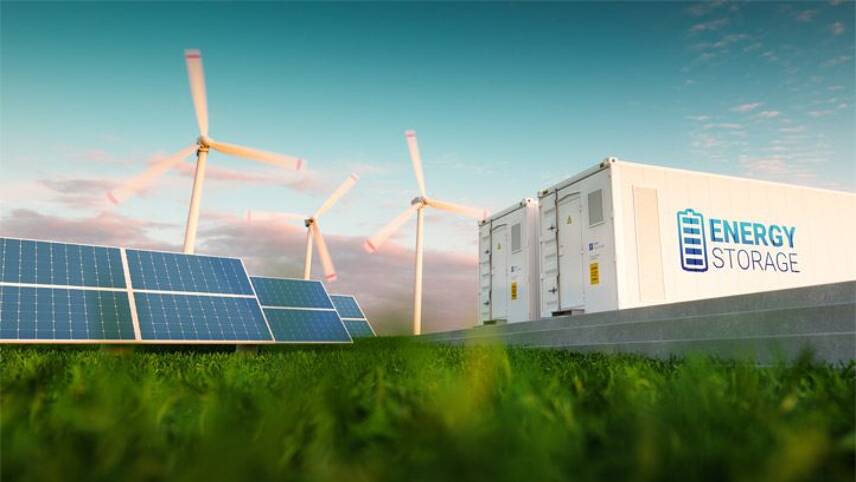 The publication of the paper, by Wärtsilä Energy, comes shortly after the UK Government confirmed plans to back small nuclear projects with more than £525m of funding over the next year. A proportion is expected to go to Rolls-Royce. In the same week, EDF confirmed plans to move the Hinkley B nuclear plant into decommissioning by the end of 2022.

By Wärtsilä Energy’s calculations, the UK could invest in adding 7GW of flexible energy capacity through utility-scale battery storage, advanced flexible gas plants and technologies like vehicle-to-grid (V2G) by 2030, if it scrapped plans for Sizewell C nuclear power station. This would enable the UK to reach 62% clean power in the energy mix, mitigating two million tonnes of CO2e emissions annually from 2030.

The calculations are based on the UK’s existing targets for renewable generation – particularly Boris Johnson’s commitment to host 40GW of offshore wind in the UK by 2030. Some 7GW of new onshore wind and 20GW of solar is anticipated to come online within the same timeframe.

By pairing flexibility and renewables, the analysis concludes, £270m can be saved in operational costs and more than £330m diverted from expanding the nuclear sector. Even in scenarios which are more conservative on the amount of new renewable generation, cost savings are likely to be £10 per year, per UK household.

“The UK is at a fork in the road – it can either make decisions that will maintain the current pace of decarbonisation or accelerate a faster green transition and reap the rewards,” Wärtsilä Energy’s growth and development director Ville Rimali said.

Earlier this year, Wärtsilä Energy claimed that the government had earmarked £3.8bn of stimulus funding for legacy fossil fuel and nuclear generation, compared to just £121m for renewables. This was before Johnson published his ten-point plan for the green recovery earlier this week – a £12bn package which allocates sums for skills, transport, finance and nature as well as energy.

The Heat and Buildings Strategy, National Infrastructure Strategy and Energy White Paper are all due before Christmas and should provide more clarity on energy investment in the long-term.

Proponents of nuclear power have warned that this will leave a “gap” in low-carbon power generation – particularly given that the UK’s electricity demand is set to rise over the coming decades. Nuclear is attractive in that it is low-carbon and, unlike renewables, does not produce varying outputs based on the weather.

But green groups including Greenpeace have argued that the risk of radioactive waste releases and weapons proliferation should not be ignored and that the Government would be better off investing in green hydrogen and geothermal power.