Renewables generated a record 42% of the UK's electricity in 2020, while fossil fuels accounted for 41% of electricity generation, according to a major new analysis. 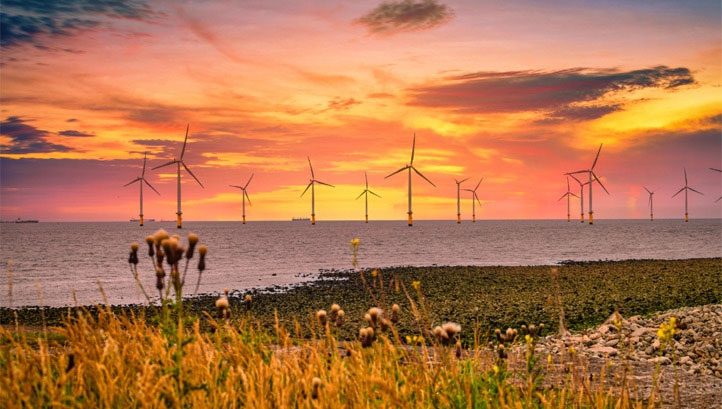 Produced by Ember, a think-tank that describes its mission as accelerating the energy transition, the analysis revealed that gas generation in the UK reached a five-year low in terms of output in 2020. Ember attributes this trend towards growth in generation capacity in the offshore wind sector, compounded by falling electricity demands due to Covid-19 restrictions.

Coal experienced an even sharper decline. According to Ember’s data, it accounted for just 2% of electricity generation in 2020, down from 23% in 2015.

We already knew that several coal-free generation records were broken during 2020, leading to the National Grid ESO dubbing the year the “greenest ever”. In total, Britain was powered coal-free for more than 5,147 hours during 2020, up from 3,666 hours in 2019. The longest consecutive coal-free streak lasted for two months and fell during the second quarter of 2020. The UK is notably mandating that all coal-fired electricity plants close by 2024.

Nuclear also saw its share of electricity generation fall in 2020. Ember claims the year-on-year decrease was 9% – largely due to maintenance outages.

Bioenergy and wind, meanwhile, both increased their generation shares in 2020, by 1% and 4% respectively. Almost one-quarter of the electricity generated in the UK last year was attributable to wind, up from one-fifth in 2019. This increase is mainly down to capacity additions rather than more favourable weather conditions. BEIS’s Q3 energy trends report revealed that offshore wind accounted for around half of new capacity additions between Q3 2019 and Q3 2020. Offshore wind in the UK has been growing more rapidly than onshore wind, due to onshore wind’s historic exclusion from the Contracts for Difference (CfD) auctions and the fact that offshore arrays can be larger.

Ember’s programme lead Charles Moore said: “With Boris’s 40GW 2030 offshore wind target, gas generation is set for further rapid declines over the 2020s. It is clear the UK has started its journey towards gas power phase-out in 2035 as recommended by the Climate Change Committee.”

But Moore went on to warn that fossil fuels could potentially overtake renewables once again as the main source of electricity generation. He added: “The coronavirus has accelerated the trend towards renewable energy but we would have expected renewables to overtake fossil fuels by 2021. It has brought forward the trend by only a year or two…Renewables will probably remain above fossil fuels this year, but it’s very dependent on various things like nuclear output and the weather. Even if fossil fuels return this year it will be a narrow lead and a short-lived one.”

Earlier this week, Ember published a separate study in conjunction with Agora Energiewende, analysing the EU’s electricity generation mix during 2020.

The headline finding was that renewables generated 38% of the EU’s electricity last year as the share of fossil fuels in the generation mix fell to 37%. Nuclear power accounted for the bulk of the remaining 25%.

Like the UK, the EU is targeting net-zero by 2050. MEPs and regulators are in the process of developing specific targets for the energy sector, with debates this week covering new rules for financial taxonomies and the need to transition from fossil-based to green hydrogen.