The low-carbon energy transition in the UK could lead to the development of £350bn of investible assets by 2050 - but only if businesses and policymakers do more to support key sectors. 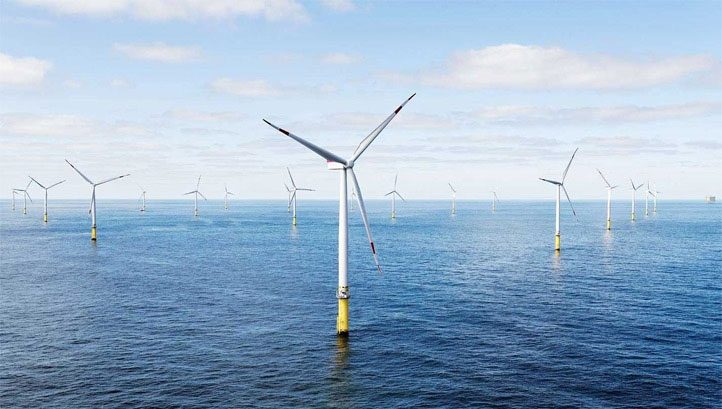 That is according to a new report from Lane Clark & Peacock’s Energy Analytics Arm, published today (2 March).

The report charts the ways in which existing renewable technology sectors, including wind and solar electricity generation and battery energy storage, will need to scale up if the UK is to meet its net-zero target. Trajectories for technologies that are still maturing, like green hydrogen and carbon capture, are also considered.

On a ‘business-as-usual’ scenario, the report warns, the UK will face a £100bn funding gap between the level of uptake needed and the level of finance provided by asset owners and the UK Government by 2030. While infrastructure investments would be extended by £70bn as even laggards take note of changing legislation, action will ultimately not be rapid enough to reach the full economic and environmental benefits of the transition.

But the report also outlines more optimistic scenarios in which £125bn of investible assets are unlocked by 2031, rising to £350bn by 2050. Most ‘unlocking’ is likely to take place in the wind, solar and storage sector through to 2030.

“We see something really big coming here – an infrastructure build-out that few people have yet grasped the scale of,” Lane Clark & Peacock’s investment partner Dan Mikulskis said. “At the same time, the often-heard unlocking private capital cliché, we think, frames the whole thing the wrong way. We think there is huge untapped investment potential if the energy industry thinks differently about the assets.”

While the authors of the report praise the UK’s decision to make the 2050 target legally binding and to back it up with frameworks such as the Energy White Paper, they conclude that more sector-specific supports are needed to scale up all the energy technologies and infrastructure needed to deliver net-zero. Without this certainty, they argue, investors may be more reluctant.

Moreover, they believe that the UK will not be able to deliver the level of behaviour change detailed by the Climate Change Committee (CCC) without policy supports that go beyond energy generation and to technologies that help businesses and households to reduce their carbon footprint, such as electric vehicle (EV) chargers.

Specific calls to action include changes to the Contracts for Difference (CfD) scheme, to ensure that a diverse and large array of assets can be financed; measures to help investors develop new products and to adopt new due diligence requirements; more partnerships between the public and private sector and clarity over the mandate of the National Infrastructure Bank (NIB). The Bank is due to launch in the coming weeks but green groups have repeatedly argued that its net-zero remit may not be strong enough. Lane Clark & Peacock’s Energy Analytics Arm wants the Treasury to confirm that the NIB will not “crowd out” private-sector lending and that it has developed measures to prevent it from being sold off.

“There will be a lot of eyes on the Chancellor tomorrow and whether he signals a kick-start to the boom of investment opportunities that will be needed over the next 30 years.”

In related news, the Aldersgate Group has today published its latest report, outlining how well-designed environmental regulation could help the UK deliver its economic recovery from Covid-19. The briefing is entitled ‘Fostering Prosperity’ and is hosted in association with BuroHappold.

The report cites examples of environmental regulations in the UK as a whole, and within specific cities, that have resulted in benefits for both the economy and the environment. The Landfill Tax, it states, could be built upon with regulations that would boost the waste sector’s employment capacity by 500,000 jobs. Proper support for the 2030 ban on new petrol and diesel car sales could unlock £3bn on private investment and create 300,000 jobs this decade, it continues.

While Aldersgate Group briefings typically include specific policy asks, such as mandatory climate risk disclosure or changes to the national curriculum, this report, instead, provides information on the Group’s general asks of good environmental regulation. The Group is one of the most influential of its kind in the UK, representing members including Tesco, Sky, Ikea and KPMG.

Recommendations include ensuring that environmental regulations have “clear and ambitious targets that tighten over time”. The Government is notably developing a net-zero roadmap that will include sector-specific plans, as well as legally binding targets on things like air quality and biodiversity. The Aldersgate Group also wants the Government to do more to move environmental regulations and standards out of siloes, to maximise the potential benefits which can be missed in what it describes as a “culture of compliance”.

The promotion of high environmental performance as an investment, upskilling, cost-saving and partnership opportunity would better motivate the private sector, the report argues.

The report also urges the Government to give regulators, local authorities and bodies such as the new Office for Environmental Protection (OEP) greater powers to “robustly and fairly” deliver enforcement. The Group has heard evidence that bodies are missing this opportunity amid increasing pressure on public finance. The Environment Agency, for example, saw its budget halved between 2009 and 2019.

Aldersgate Group chair Joan Walley said: “The Government’s binding commitments to zero carbon and to nature protection need a detailed delivery plan. Evidence-based environmental regulations are integral to this, and to sustainable prosperity. Aldersgate Group’s members have first-hand experience of best practice on this and are leading the call for ambitious environmental standards.”