The UK Government still has "no clear plan" for funding the transition to net-zero and risks losing the confidence of organisations that will prove key to delivering a low-carbon future, including businesses and local councils. 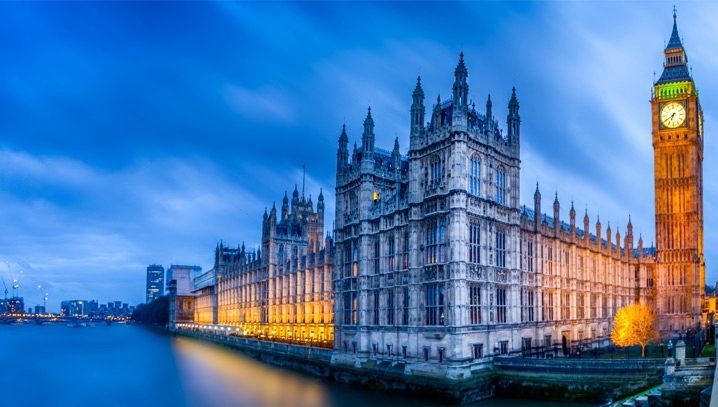 That is the damning conclusion of a new report out today (2 March) from the Public Accounts Committee (PAC). The 27-page document forms part of the PAC’s ongoing assessment of the Government’s plan for achieving its 2050 net-zero target, which was enshrined into law in 2019.

The report berates the UK Government for taking more than two years to develop its flagship Net-Zero Strategy. This policy package was one of several requested by the PAC in March 2021 and finally came in October 2021, shortly before COP26 began in Glasgow, due to Covid-19-related delays.

Ministers have badged the Net-Zero Strategy as a comprehensive plan to “transform every sector of the global economy”, but green groups have argued that the lack of new time-bound, numerical decarbonisation targets for any sector – and the near absence of agriculture and food – makes the Strategy uncredible. Indeed, ClientEarth and Friends of the Earth are taking the UK Government to court over the Strategy.

The PAC is warning that the gaps in the Strategy, if unaddressed, could result in poor support for the net-zero transition among the general public and a failure to leverage the amount of funding needed from the private sector.

Its main issue with the Government’s approach is its failure, to date, to publicly disclose a final estimate of the cost of the net-zero transition and how this will be accounted for.

Through the Treasury’s Net-Zero Review, it stated that global efforts to reach net-zero emissions are likely to deliver “slightly positive or slightly negative” levels of growth for the UK. The PAC asked why the Treasury would not formally accept the advice provided by the Climate Change Committee (CCC), which estimates the cost to be 0.5%-1% of GDP. Members were told that the Treasury believes the CCC’s calculations are based on “heroic assumptions”, with errors potentially compounding as the decades go on.

“To publish policy without commensurate funding merely amounts to an aspiration not a real intention by Government,” the PAC’s report states. As well as highlighting the need for more Government funding, it emphasises slow progress in preparing for tax changes. The Treasury has admitted a potential £37bn drop in revenues by the 2040s as fuel duty and vehicle excise duty are phased out, for example.

A potential solution is a national road pricing scheme, whereby electric vehicle drivers pay duty by the mile. Whichever solutions are chosen, the PAC wants clear guidance to be provided by the central Government as soon as possible. It also wants the Treasury to take a deeper look at any and all taxes with links to the green economy, rather than the handful of tax schemes it currently classes as environmental.

Engaging the private and public sectors

As the report goes on, the Committee outlines the evidence it has heard about the Government’s failure to date to engage organisations that will be key to delivering net-zero, including local councils and the private sector – particularly financial firms.

On the private sector piece, the report notes the Government’s own admission that the private sector will need to deliver the bulk of the investment and innovation needed to take important low-carbon technologies mainstream. It argues that the Government is not, at present, putting measures in place to encourage the necessary economies of scale to grow, including grant funding and business-friendly regulation. It argues that many businesses in sectors such as carbon capture and home retrofitting have lost confidence in the Government after a string of “stop-start decisions” on key schemes, with the Net Zero Strategy providing little clarity on longer-term schemes.

The PAC is recommending that the Department for Business, Energy and Industrial Strategy (BEIS) should provide an update every 12 months on how quickly technology costs are falling and the levels of private investment leveraged – as well as the rectifying policies and regulations implemented.

As well as funding, the report points to concerns from businesses over a lack of focus on upskilling and reskilling from the Government. Such concerns have repeatedly been raised in recent months by organisations including Ashden, the Aldersgate Group, the Trades Union Congress (TUC), Onward and – as well as MPs on the Environmental Audit Committee. Recent official statistics showed that the UK only hosted 207,800 green hobs in 2020, putting it off track to meet the 2030 target of two million full-time equivalent roles.

The PAC is calling for BEIS to publish its plans for encouraging the private sector workforce to develop the skills needed to achieve net-zero, drawing on the recommendations included in the Green Jobs Taskforce.  It is also recommending closer collaboration between BEIS and other departments, including the Cabinet Office, to analyse the skills gaps within the Government’s own workforce, after hearing evidence that many departments do not have the skills needed to deliver their part in the net-zero transition.

As for engaging the public sector, the report reiterates MPs’ previously-stated warnings around a lack of finance, the need for new powers and a requirement for councils to develop net-zero transition plans.

It outlines how many consumers are unsure of how they could access the technologies they need to change behaviours for a low-carbon lifestyle, such as heat pumps or an electric car, when the upfront costs remain high. The general public, like businesses, are worried that grant and loan funding will be complicated to access and could be withdrawn at short notice, the PAC states.

The report does welcome the fact that BEIS is now monitoring public attitudes to issues relating to net-zero every quarter. However, the conclusion is that this alone is not sufficient. The Government has faced repeated warnings from organisations including its own climate advisors that it is not currently doing enough to engage the public with the climate crisis and with the national response. These warnings have only been compounded by the current energy price crisis, which has served as fertile ground for the spreading of misinformation on the low-carbon transition.

edie has reached out to BEIS for its initial response to the PAC’s report. A spokesperson for the Department said it will “consider the Committee’s report carefully” as the UK “builds on its track record of decarbonising faster than any other G7 country.”

“The Government’s Net-Zero Strategy requires government, local government, regulators, businesses, and consumers working all together to deliver its targets,” summarised PAC chair Dame Meg Hillier MP. “A top-down strategy from government won’t deliver on its own. There is a risk that a series of disconnected initiatives announced by central government will not bring about the changes that are now set out in law.”

Developed in partnership with phs Group, edie’s Business Guide to Green Policy in 2022 maps out the lay of the land for green policy and environmental regulations. The report includes short explainers of the most important aspects of green policy in the UK, along with specific tips and practical insights to help businesses stay ahead of the curve and go beyond compliance.