Sixth Carbon Budget: UK will need to cut emissions by 78% by 2035 to meet net-zero

Under the original Climate Change Act, the UK Pledged to cut net emissions by 80% by 2050. Now, it will need to deliver a 78% reduction by 2035 if it is to meet its long-term net-zero commitment. 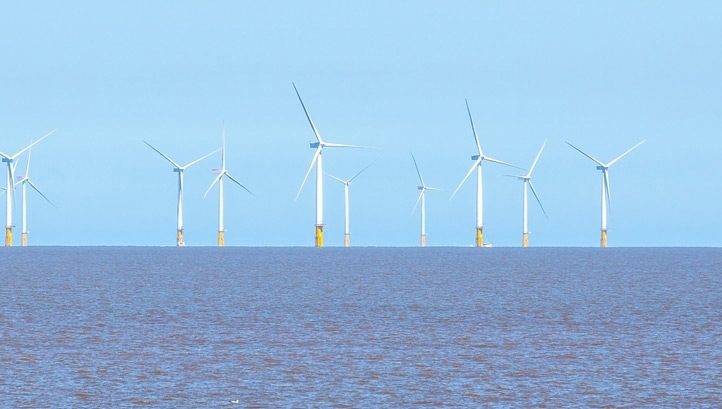 That is according to the Climate Change Committee (CCC), which has today (9 December) published its much-anticipated Sixth Carbon Budget. The Budget covers the period between 2033 and 2037 and has been described by the CCC as the “toughest yet”.

Speaking to media representatives in a virtual press briefing earlier this week, CCC chief executive Chris Stark said that the UK will need to decarbonise at a faster pace in the next 30 years than it has in the past 30 if the net-zero target is to be met.

Meeting the Budget’s requirements will require all new cars, vans and replacement boilers to be zero-carbon in operation by the early 2030s. UK electricity production must then reach net-zero by 2035, in line with the National Grid ESO’s vision, and the majority of existing UK homes will need to be retrofitted in some way also.

Looking to the latter half of the budget, domestic low-carbon industries like nature restoration, green hydrogen production and carbon capture, utilisation and storage (CCUS) will be far larger.

The CCC has based its calculations on a scenario in which 40% of the emissions reductions needed will be delivered using pure-technology solutions. Delivering the remainder of the progress will require behaviour change including electric vehicle adoption and reducing demand for flights and red meat.

Stark explained that the Committee has deliberately opted to “front-load” decarbonisation – more will need to happen in the 2020s and the earlier half of the Sixth Carbon Budget period than in the latter half and the 2040s. This approach, he said, would reduce the cost of the transition, as technologies would mature sooner and investors would have the policy certainty needed to provide support at scale.

“Ambitious and very challenging” were some of the descriptors used by Stark. But he also said that keeping to the budget will be “feasible” and that the CCC’s latest recommendations will be “very, very appealing” to a wide range of groups.

The CCC is using what it describes as a “balanced pathway” scenario upon which to base its calculations.

In the balanced pathway, delivering the UK’s 2050 net-zero target will cost between 0.5% and 1% of GDP. The CCC had previously forecast costs of between 1% and 2% of GDP but has adjusted calculations in light of cost reductions in sectors like offshore wind.

Annually, the central government will need to allocate £50bn more to decarbonisation each year by 2030 than it did in 2019, according to the CCC. But, by 2040, savings from fossil fuel allocations will overtake low-carbon costs.

Stark stated during the media briefing that the UK economy is likely to grow just 3% less through to 2050 by aligning with net-zero, than it would under its original Climate Change Act Commitments, in the worst-case scenario. But it will likely rapidly expand several export markets, including green hydrogen and wind turbines.

“As we emerge from the COVID-19 pandemic, the Sixth Carbon Budget is a chance to jump-start the UK’s economic recovery,” CCC chair Lord Deben said. “Anything less would shut us out of new economic opportunities. It would also undermine our role as President of the next UN climate talks.”

The Budget contains several policy recommendations for creating the balanced pathway scenario. These include mandates to ensure that all new trucks sold by 2040 are low-carbon and that all boiler replacement are low-carbon and mainly electric by the early 2030s. Boris Johnson’s commitment to bring 40GW of offshore wind online by 2030 will need to be built upon with a commitment for the UK to host 100GW by 2050.

Ministers are also being urged to incentivise demand for low-carbon food, transportation and fuels and to disincentivise high-carbon alternatives; and to transform land use in the UK.

The CCC published detailed recommendations on land use late last year. The Sixth Carbon Budget reiterated many facets of that plan, including the creation of 460,000 hectares of new mixed woodland by 2035 and a wide-scale approach to peatland restoration.