Energy giant SSE has unveiled a £12.5bn capital investment plan for decarbonisation through to 2026, representing a 65% increase in spending on the low-carbon transition on current levels. 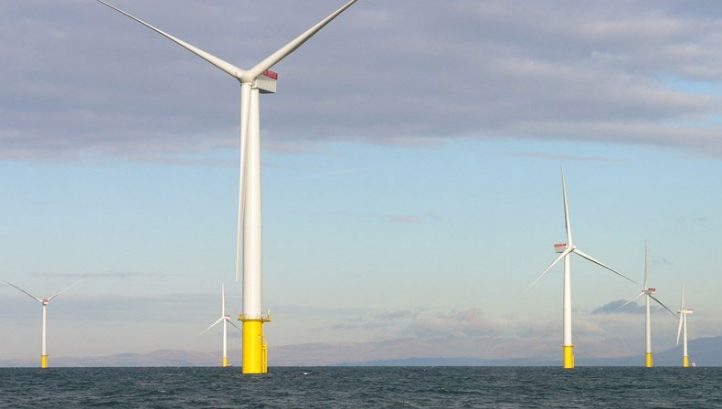 The funding will be used to double SSE’s net installed renewable energy generation capacity to 8GW by 2026 and more than 16GW by 2030.

SSE is notably working with Equinor to develop the 3.6GW Dogger Bank wind farm off the North East coast of England, which will be the largest offshore wind farm in the world when all phases are operational.

Additionally, the firm announced this autumn that it intends to merge two proposed offshore wind farms – Berwick Bank and Marr Bank – in a move that would create enough clean power to provide for all of Scotland’s households twice over.

On hydrogen, SSE is working with Equinor to jointly develop a 1.8GW hydrogen power station at the Humber Industrial Cluster. This project was announced before the UK Government published its Hydrogen Strategy, which has emboldened several of SSE’s competitors to announce the next steps for other low-carbon hydrogen projects.

“After all the commitments made at COP26, now is the time to deliver,” said SSE’s chief executive Alistair Phillips-Davies. “Our Net Zero Acceleration Programme represents the next phase of SSE’s growth and involves a substantial ramping up of investment – equivalent to nearly £7m each day in low-carbon infrastructure – backed up by clear delivery and funding plans.

“[This] announcement will maximise our long-term potential and capture growth opportunities during a critical time for the energy sector, creating jobs, delivering on government ambitions, and creating value for society and shareholders.”

The £12.5bn investment plan feeds into SSE’s long-term plans to help the UK develop 75GW of offshore wind projects and five CCS and hydrogen clusters by 2040, and to reach net-zero by 2050. These visions are underpinned by science-based emissions reduction plans and a ‘Just Transition’ strategy designed to protect workers and communities impacted by the energy transition.

As SSE’s current science-based targets are verified in line with a “well-below” 2C trajectory by the Science-Based Targets Initiative (SBTi) which is increasing its minimum target-setting requirements to 1.5C, the firm has committed to strengthening targets. Once the SBTi receives that commitment, businesses have 18 months to gain verification.

On the just transition strategy piece. SSE is believed to be the UK’s first energy company of its size to have published such a strategy. Competitor Centrica this month published a climate transition plan which will take the share of annual investment in low-carbon solutions from 5% in 2021 to 50% by 2025.

UK Chancellor Rishi Sunak confirmed at COP26 that large businesses in high-emitting sectors will be required to publish net-zero transition plans by 2023. The Government has developed a science-based ‘gold-standard’ verification scheme for the plans, to safeguard against greenwashing. This scheme has been drawn up in collaboration with industry representatives, academics, regulators and civil society groups.

In related news, RWE this month set a target to double its renewable energy generation capacity to 50GW by 2030 and pledged to invest €50bn to achieve this expansion.