Banking and financial services giant Standard Chartered has updated its plans for reaching net-zero financed emissions by 2050, but green groups are unimpressed that it has stopped short of ending coal support. 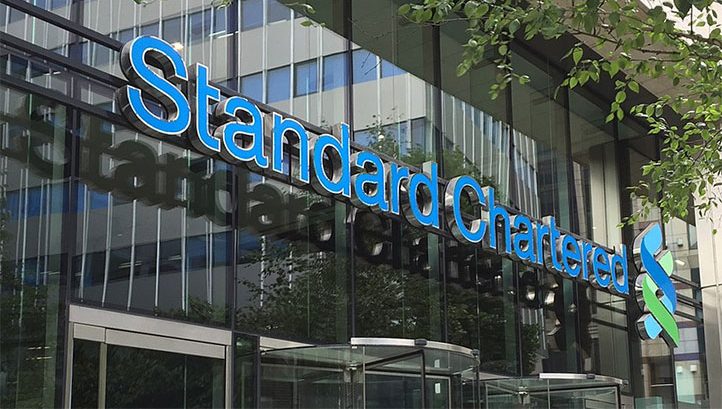 Standard Chartered first announced plans to reach net-zero portfolio emissions by 2050 earlier this year and, yesterday (28 October), pledged to mobilise $300bn in finance to low-carbon industries and to projects furthering the low-carbon transition in hard-to-abate sectors by 2030. A new Transition Finance Framework has been published to assist with the latter.

The pledge came with a commitment to reduce absolute financed emissions in the thermal coal sector by 85% by 2030 and pledges to reduce carbon intensity by 63% for power, 33% for steel and mining and 30% for oil and gas within the same timeframe.

Also on coal, there are pledges to stop financing clients who are expanding existing coal-fired power plants or building new facilities. From 2030 onwards, services will only be provided to clients who draw 5% or less of their revenue from thermal coal.

“We are motivated by a belief that we can and must address the need for decarbonisation as a result of greater climate-related risks, which increase financing costs and hamper emerging markets’ long-term economic prospects,” said Standard Chartered’s group chair Jose Vinals.

Questions over ambition and credibility

However, there are a number of caveats. Standard Chartered admitted that the net-zero target, at present, excludes more than half of the markets in which it has a presence (33 out of 59). It has committed to include these markets by the first quarter of 2024, but many of its competitors have already drawn up plans for all markets.

Moreover, the fact that the emissions reductions targets for power, steel, mining, oil and gas are intensity-based, clients could technically still increase their absolute emissions and receive Standard Chartered’s support. And, the coal targets exclude mining.

Standard Chartered has admitted that “the production of some fossil fuels may rise before it comes down in our markets”.

Activist shareholder organisation ShareAction has argued that the business’s claims that its new targets are science-based, and in keeping with the International Energy Agency’s (IEA) 2050 net-zero scenario, are misleading.

In the IEA’s scenario, there must be no new coal, oil, and gas developments going forward. Electricity generation will need to be 100% clean in the OECD by 2035, and globally by 2040.

ShareAction’s senior campaign manager Jeanne Martin said: “Standard Chartered’s net-zero strategy not only fails to live up to climate science; it also falls short of current leading practices already being demonstrated by the bank’s European peers. We urge the bank to publish a further update of its strategy ahead of its 2022 AGM – or risk facing a shareholder rebellion.”

Earlier this year, HSBC shareholders supported a motion put forward by ShareAction the require the phase-out of coal financing globally by 2040.

The vote was one of many this AGM season which saw activist investors pushing businesses to bolster their climate plans. This movement has been particularly visible in the finance and energy sectors.