Payment platform company Stripe has confirmed plans for an additional $6m of investment in carbon capture technologies, on top of $9m already committed, in the same week that finance firm LGT signed a deal with ClimeWorks. 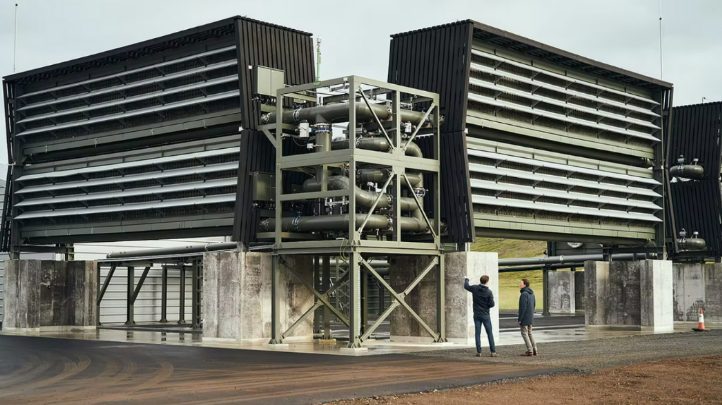 The companies are Eion, which is developing a solution that enables farmers to boost the carbon sequestration in their soil; direct air capture innovator Sustaera; 44.01, which captures CO2 in rocks by making it react with peridotite, and Ebb Carbon, which is working to scale oceanic bicarbonate as a carbon storage solution.

Stripe will provide $2m upfront, divided evenly between the four firms. It has also signed purchase commitments worth $4m collectively with this cohort of businesses, which will see Stripe paying for carbon removals if the technologies scale.

The funding will be provided through Stripe’s ‘Stripe Climate’ platform – a solution that enables end-user businesses to automatically commit a proportion of their revenue to cleantech investment. Around 15,000 companies are using the platform.

This funding setup is the same as the approach Stripe has used in its initial $9m of investment in carbon removal technologies, first announced earlier this year. CCS companies supported under that initial funding round were ClimeWorks, The Future Forest Company, Mission Zero, Seachange, Running Tide, Heirloom, Charm Industrial and CarbonBuilt.

Stripe has appointed a panel of academics specialising in cleantech, geochemistry, electrochemistry and climate science to inform its investment decisions for CCS. It has stated that its climate view is that both “radical emissions reductions and the permanent removal of gigatons of carbon from the atmosphere every year” will be needed to create a net-zero world by 2050.

“If we want any chance of achieving gigaton-scale carbon removal by 2050, we need many more shots on goal,” said the firm’s head of climate Nan Ransohoff.

“We’re thrilled to purchase carbon removal from four promising new companies, and to be the first customer for three of them. Our goal is to help a portfolio of promising approaches get to the starting line, and then to help them scale quickly.”

ClimeWorks claims that the deal is the largest direct air capture agreement signed by a bank to date.

ClimeWorks’ technology works by drawing air into a collector with a fan. Inside the collector, CO2 is filtered out. When the filter is full, the collector is closed and heated to release the CO2, ready for concentration and storage. The carbon associated with developing and operating the DAC facilities, ClimeWorks claims, is typically equivalent to 10% of the carbon that will be captured. This calculation considers the fact that the facilities are powered by geothermal energy.

In Iceland, ClimeWorks’ storage partner Carbfix mixes the CO2 with water and pumps it deep underground for storage in basaltic rock formations.

LGT has notably committed to net-zero operations and investments by 2030 and will count the CCS offered by ClimeWorks in its accounting towards this goal. It has stated, however, that it will prioritise in-house reductions first, using CCS to address only residual emissions.

“For LGT, supporting innovative companies with promising technologies is an elementary component in the fight against climate change,” said the firm’s chair Prince Maximillian of Liechtenstein.

“As a company that aims to act responsibly and sustainably, it is important to us to achieve a net-zero CO2 balance as soon as possible. Our long-term partnership with ClimeWorks is a further step in this direction.”