The cost of net-zero: The latest disinformation problem facing the climate crisis

For decades, climate scientists have faced a barrage of unwarranted and dismissive criticism as to the cause, impacts and severity of the climate crisis. Now, even as the majority of the world's nations push towards net-zero emissions, a small yet vocal minority is muddying the waters on the cost of net-zero. 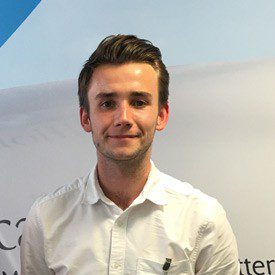 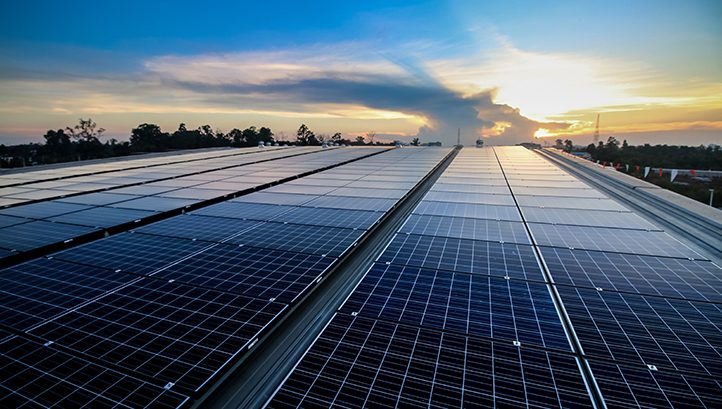 Multiple studies have put to bed the long-held belief that climate change is a hoax, with around 97% of actively publishing climate scientists agreeing that the climate crisis is real and is largely due to human activities.

Indeed, we’re now at the point where net-zero emissions by mid-Century is the consensus, with 90% of global GDP covered by actual or intended net-zero targets following negotiations at COP26.

But, in the current economic downturn caused by the coronavirus pandemic, there are a lot of influential people who stand to lose a lot from the net-zero trajectory if they and the sectors they prop up fail to act. It is here where climate’s latest disinformation dissemination has emerged.

As 2022 began, a new group of 20 Conservative MPs and peers with around 20 members, the Net-Zero Scrutiny Group (NZSC) called for a temporary end to the 5% VAT rate on energy bills and a suspension of the ECO levy, which raises money for Government schemes in the fields of renewable energy, household insulation and alleviating fuel poverty. The NZSG is fairly new and small but is well-connected in business and media circles.

This approach was quickly shot down by an array of green groups, thought leaders and politicians, who argued that abandoning long-term investments in energy efficiency and renewables – which would decrease the nation’s reliance on imported gas – is a short-sighted approach. There is also the fact that the ECO levy adds just £29 per year to the average domestic energy bill.

It is the latest in a line of lobbying that is calling for the backsliding of green standards that have so far struggled their way through the halls of Parliament in an attempt to spur green and low-carbon markets.

As recently as last week, the International Energy Agency’s (IEA) executive director Fatih Birol urged policymakers to reject claims that the current energy price crisis is due to more low-carbon energy in the energy mix.

It’s a disappointing start to the year, and the marathon build-up to last year’s COP26 summit that ended with more than 90% of global GDP covered by net-zero targets now sits under a cloud of skepticism that has formed, in part, by those with the most at risk from the net-zero transition.

Disinformation has been rife in politics for a long time now, to the point where even the Prime Minister can’t be sure if he’s attending work events or boozy Christmas parties. It helped stir the anti-EU agenda in the UK, propelled a populist TV personality into the most powerful seat in America and is currently forming the drumbeat of the anti-vax movement. Where disinformation spreads, society divides and strong, forward-leading policies become harder to implement as Governments look to appease the zeitgeist. It appears that net-zero is the latest focus of a manipulative movement.

Open Democracy has rummaged through the shadowy depths of political lobbying and has found some interesting links to this newly formed NZSC. Open Democracy claims that NZSC has “largely morphed” from the taxpayer-funded European Research Group of Conservative MPs – which “played a starring role in the UK’s exit from the EU”.

Other climate doubters are rebranding under the Net-Zero mantra, in a bid to scrutinise the movement. But whereas the climate strikes and marches of the future generations are casting a critical voice of governments for a lack of action, this new emergence of net-zero doubt is largely been cast by those who have their livelihoods and finances firmly embedded into high carbon industries.

The Guardian has revealed that the Conservative party and its MPs have “registered £1.3m in gifts and donations from climate skeptics and fossil fuel interests since the 2019 general election”, with MPs such as Steve Baker wading into this territory, namely through an unpaid position at the Global Warming Policy Foundation which has been relaunched as Net Zero Watch.

The narrative on the climate crisis has an interesting cycle. From climate deniers being largely dismissed through the emergence of ground-breaking scientific reports from the likes of the IPCC, net-zero has now brought forth a fresh wave of denialism, which could descend into tribalism.

If Netflix’s Don’t Look Up film has taught us anything it’s that politicians can and will do what they can to stop the public staring at a cataclysmic event. There is no world-ending comet coming our way, but there is a planet-wrecking ecological breakdown. So it is alarming to see that if we do “look up” now, we’ll see empty planes flying to avoid losing take-off and landing slots.

This is just one example of our broken economy, and one that net-zero is trying to fix. Yes, the cost of net-zero is noteworthy – around $125trn of climate investment is needed by 2025, but research suggests that by 2030, up to 80% of decarbonising technology investments could be better value than current emission-intensive practices.

In its recent Sixth Carbon Budget Advice, the Climate Change Committee (CCC) priced the UK’s net-zero transition at 0.5-1% of GDP, down from original estimates of 1-2% of GDP. While this advice will be enshrined in law, the Treasury report states that the overall cost is still “uncertain” and calls on the Government to develop its own forecasting. Previous Treasury analysis claimed that the transition could be either slightly negative or slightly positive for the UK economy as a whole.

Reports from the Carbon Trust also claim that “embedding” flexibility across power, heat and transport will be necessary to reduce the cost of the low-carbon transition – and will reduce operational costs as well as upfront costs. If properly embedded and scaled, flexible technologies including batteries and low-carbon peaking plants could cut up to £16.7bn off of annual bills by 2050.

Additionally, the Office for Budget Responsibility examined the Climate Change Committee (CCC’s) calculations as part of its ‘Fiscal risks report’ in July. It found that investments to reaching net-zero would be offset by savings, particularly by avoiding the purchase of fossil fuels, amounting to £991bn during the 30 years to 2050. This translates to an overall net cost of around £321bn over a 30-year period, equating to annual costs of £16bn. However, by 2050 this could be outweighed by annual savings of £19bn. When considering reducing the risk of climate change by decarbonising, the savings could continue to grow. Winter floods in 2013 and 2014 alone created around £450m in insured losses.

It is here where most of the calls for further cuts to energy efficiency policies, cutting VAT on energy bills, or scrapping renewable subsidies can be dismissed.

As the Government scrambles to combat the current energy bill crisis (of which Carbon Brief analysis shows that nearly 90% of the increase in bills over the last year is due to the rising price of gas), they can learn from their past mistakes.

Sticking with Carbon Brief, their expert analysis found that a near-decade of scrapping energy policies, such as limits on onshore wind in England and scrapping the zero-carbon homes standard, has delivered energy bills that are almost £2.5bn higher than they otherwise could’ve been.

The issue with attempting to politicise the necessity of net-zero is that it slows a trajectory that should be inevitable rather than viewed as optionable. With every day that passes, there is growing anxiety for energy suppliers (21 of which had collapsed as of November) and for families and businesses unsure of how they will cope with rising bills. If these are the immediate impacts being felt by a lack of political action (rather than pledges) on net-zero, then it’s easy to dread what other disruptions will emerge if the Government fails to truly back low-carbon markets and lower the cost of the transition.

Indeed, experts including the Government’s own advisors at the CCC have warned that the longer the transition is delayed and the less it is organised, the higher the costs will be and the lower the chances will be of the UK meeting its legally-binding pledges to cut emissions.

Think-tank the Institute for Government’s (IfG) new policy paper states that, unless the Government takes urgent action to manage the current cost-of-living crisis, the public and political momentum built up around COP26 will fizzle out. Millions of UK households are set to see their energy bills surpass £2,000 this year, largely due to the skyrocketing costs of gas imports. At the same time, food prices are rising and changes to income tax could leave many low and middle-income homes paying up to £3,000 extra annually.

The IfG’s senior fellow Jill Rutter claimed that the Government “needs to convince the public that it can manage the immediate energy bills crisis, without sacrificing its long-term net-zero objective”.

The UK’s current pathway to net-zero is paved with good intentions but isn’t sturdy enough to inspire others to partake in that journey.

The Net-Zero Strategy is currently facing two court cases, with ClientEarth and Friends of the Earth arguing that it doesn’t comply with the UK’s legal commitments to tackle the climate crisis.

The Strategy was published in October 2021 in preparation for COP26 in Glasgow. At the time, the Government badged the Strategy as a pathway for “transforming every sector of the global economy” in a manner aligned with net-zero by 2050. However, green groups, trade bodies and MPs have all said that the Strategy left much to be desired.

And while one area of the economy claims the Net-Zero Strategy isn’t ambitious enough a new wave of climate skepticism has emerged.

So we find ourselves at a disappointing crossroads. Just two months after presiding over COP26, UK policy is at risk of buckling to a new wave of disinformation and lobbying at a time where its current Net-Zero Strategy lacks the detail to truly capture the economic opportunities of the transition.

Sustainability professionals and activists alike need to be steadfast in their belief that net-zero is an urgent requirement, and one that is founded on scientific advice rather than the ever-swirling movement of money. Now is the time to be louder. Don’t just #LookUp, but say what you see to others and use the science that net-zero is grounded in to appeal to the human emotion of society. Make 2022 the year that debating and politicking were drowned out by tangible action.