The next Prime Minister: Exploring Boris Johnson’s enigmatic views on the environment

Boris Johnson, the MP for Uxbridge and South Ruislip, has been announced as the new Prime Minister on Wednesday afternoon (24 July). But what are his views on climate change, the environment, and sustainability? 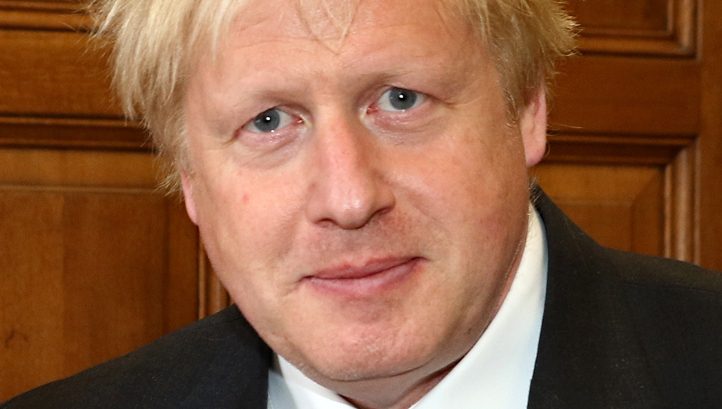 At first glance, it would appear Boris Johnson, an ex-mayor of London who is passionate about cycling, would be a prime candidate for being one of the greenest Prime Ministers in history. But dig deeper and you find a number of comments and policy decisions about the environment which perhaps don’t match the public persona.

His opposition to Heathrow Airport expansion as mayor of London is well known, but as with many issues to do with Johnson, the true picture is unclear. Was his opposition to Heathrow expansion because of the environment, or was it because he wanted his own “Boris Island” Airport in the Thames Estuary? He has also changed his mind about Heathrow in recent months, according to reports. What happened to the man who would “lie down in front of the bulldozers” over the scheme? Such is the green contradiction at the heart of the man entering Number 10 on Wednesday evening.

It is instructive to look at his voting record on climate issues to get past the rhetoric. As an MP, he has voted against policies to include a carbon capture and storage strategy and also against the implementation of emissions-based vehicle taxes. He also voted for applying the Climate Change Levy on electricity generated from renewable sources. Interestingly, Johnson has never voted on a new high-speed rail infrastructure.

As mayor of London, his environmental record is mixed. It was discovered in 2016 that he held back a report about air pollution impacting deprived schools, but he also planned the first Ultra Low Emission Zone and slapped an additional £10 on diesel vehicles to drive into the centre of London. He also committed to electrifying the bus fleet and improving the capital’s rapid charging network, spending £330m on hybrid buses, zero-emission taxies and trees. But he also scrapped the proposed western extension of the Congestion Charge Zone, which could have had a significant impact on vehicular traffic and air pollution throughout the capital.

More recently as an MP, he has backed calls for greater regulations on fracking, and spoken out against the US’s decision to leave the Paris Agreement. However, during hustings for the leadership of the Conservative Party, Johnson also didn’t refer to the “climate emergency”, which was passed by the House of Commons, and his language has often been more muted on climate change than Jeremy Hunt, his rival for the job.

A news story in June again illustrated the contradiction at the heart of Johnson’s views on climate. It was revealed that 60% of climate attaches around the world were cut by the Foreign Office, just at the time that Boris Johnson was the secretary for state. Professor David King, the former chief scientist, told the Guardian that although the cuts began just before Johnson took up the role, he did not reverse them, and when challenged by King on the issue, he begged him to not go public with it. Johnson said he was unaware of the cuts.

Additionally, Johnson has received donations from Terence Mordaunt, the director of the Global Warming Policy Foundation, a leading climate denial group established by prominent denier Lord Lawson, and who push for greater deregulation and oppose action to climate science.

One of the other more eyebrow-raising elements of Johnson’s climate scepticism is seen in his series of articles for The Telegraph newspaper, in which he promotes the work of Piers Corbyn – brother to Labour leader, Jeremy – who is a prominent climate science denier. Corbyn believes that rising temperatures are due to solar activity creating natural climate change cycles rather than being anthropogenic – a standard view of climate deniers. Concerningly, this wasn’t a one-off Johnson “gaff”, and he has made the same point three times in Telegraph articles – originally in 2010, another in 2013, and yet again in 2015.

Johnson wrote in his 2015 Telegraph article: “In the view of Piers and his colleagues at WeatherAction, it is all about sun spots, and he is on record as believing that we are now due for a new ‘Maunder Minimum’ – like the famous cold spell in the 17th century, when the Thames froze several times. Whatever is happening to the weather at the moment, it is nothing to do with the conventional doctrine of climate change.”

One of the main reasons Boris Johnson will walk into Number 10 has been his support for Brexit.

Johnson has liked to position any potential environmental policy and shift in standards as “taking back control” and although there is hope that all EU environmental law will be ported into UK law – there is a concern that rather than keeping up with European standards, the UK may slip. This is particularly concerning under a Johnson Premiership as he has previously stated he is a fan of deregulation and reducing the role of the state. In 2018, Johnson indicated that any deal with the EU should include freedoms on the ability to change standards and legislation, including environmental laws.

Johnson has also emphasised that green growth post-Brexit “meant jobs”. He said: “We should be unabashed about talking about the achievements we are making in the environment and the jobs that we are creating in the economy. There is massive scope for employment in green technologies of all kinds.”

Speaking during a hustings event for the Conservative leadership election, Johnson said the party had “a fantastic record” on environmental improvements, and championed clean battery technology and air quality legislation. He said Tories had “done so many things…whether it’s reducing the use of plastic bags, or whatever”.

Johnson said the environment was “a winner for us” and jobs in clean technology would expand in years to come – and that was a message “we can really sell to young people”.

The news about Boris Johnson becoming the next leader of the Conservative Party, and therefore the next Prime Minister of Great Britain, has coincided with the announcement of Jo Swinson as leader of the Liberal Democrats.

Swinson does not necessarily have the green credentials that might be expected of a Liberal Democrat leader, despite describing it recently as the defining issue of our time. As a former member of the coalition government with the Conservatives between 2010 and 2015, she voted against a number of climate change issues. She has voted against a moratorium on fracking permits, in favour of cutting subsidies for renewable energy and also in favour of selling off national forests.

Swinson has already said that “Britain deserves better than Boris Johnson” and her first comments on the future Prime Minister were scathing: “I rage when Boris Johnson is more interested in sucking up to Donald Trump than standing up for British values of decency, equality and respect.

“He has shown time and time again that he isn’t fit to be prime minister. Boris Johnson has only ever cared about Boris Johnson. Just ask Sir Kim Darroch or Nazanin Zaghari-Ratcliffe. Whether it is throwing people under the bus or writing a lie on the side of one: Britain deserves better than Boris Johnson.”