‘This could be a transformative moment’: Coca-Cola to increase use of reusable bottles

Coca-Cola has unveiled an ambitious new commitment to ensure that 25% of its drinks are sold in refillable or returnable packaging by 2030, following shareholder proposals filed by green groups. 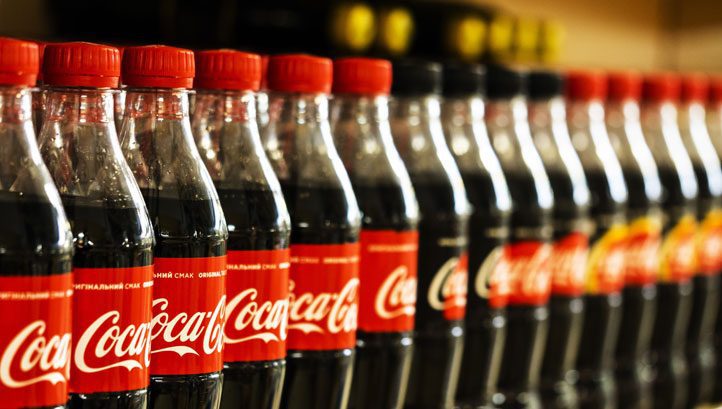 Coca-Cola has announced plans to increase the share of beverages that come in returnable or refillable containers from 16% currently to 25% by 2030.

The company made the pledge in response to a pending shareholder proposal filed by As You Sow and Green Century Capital Management, asking the company to set stronger refillable goals.

Currently, around 50% of the company’s packaging consists of single-use PET bottles. This, according to As You Sow, generates around three million tonnes of plastic annually.

Using refillable containers will drastically reduce this volume. A recent analysis from Oceana found that boosting the use of refillable bottles by 10% across all coastal countries, instead of PET bottles, could reduce marine plastic pollution by 22%.

Refillable containers tend to have a 90% collection rate, although this varies based on national policies. The bottles can be reused between 20 to 40 times. In contrast, less than 10% of plastic produced globally is recycled.

“We are pleased to see the company increase its commitment to reusable bottles as a proven method to reduce single-use plastic waste and promote a circular economy for packaging,” As You Sow’s senior vice president Conrad MacKerron said.

“We agree with the company that reusable packaging is among the most effective ways to reduce waste, use fewer resources, and lower carbon emissions. This action has the potential to substantially reduce the amount of single-use plastic bottles used, many of which end up as ocean plastic pollution.”

More broadly, Coca-Cola has set a target to collect 100% of its packaging by collecting a bottle or can, regardless of brand, for every one produced by 2025.

The company was named as the world’s largest corporate plastic polluter, in a report from Greenpeace. Over the course of 239 clean-ups in 42 countries across six continents, volunteers collected more than 180,000 pieces of plastic. According to the report, packaging produced by Coca-Cola, PepsiCo, and Nestlé collectively accounted for 14% of the branded items retrieved during the clean-ups.

Green groups have responded positively to the announcement, but note that a lot of work needs to be done to turn the ambition into action.

City to Sea’s Policy Manager, Steve Hynd, said: “If Coca-Cola do what they say will do, this could be a transformative moment in packaging where reuse and refill becomes one of the primary mechanisms to tackle the plastic pollution crisis. This is also a clear sign of the direction in which the market is going and an equally clear illustration of the business sense in investing early in reuse and refill systems.

However, Coca-Cola has a history littered with grand announcements and broken promises. The test will be whether or not we see a reduction in their single-use plastic bottles contributing to plastic pollution.”

The Ellen MacArthur Foundation’s New Plastics Economy lead Sander Defruyt said: “We know we cannot recycle our way out of the plastic pollution crisis, so reuse business models are crucial in a circular economy for packaging. So far, there has been a lack of ambitious activity to scale reuse models across the industry.

“The Coca-Cola Company is the first major brand to put in place a company-wide reuse commitment, a significant and welcome move. We hope this will inspire others to recognise the reuse opportunity in their own strategies.”