Top 10 talking points: The story so far at COP26

It's been a frantic first few days at COP26 as world leaders opened the two-week negotiations with a raft of new pledges and collaborative efforts to tackle some of the world's most pressing environmental issues. Here, edie rounds up the key talking points so far. 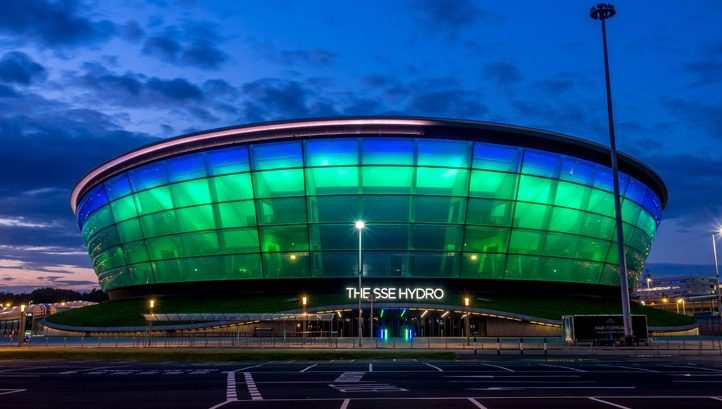 Announcements are spilling out of COP26 from all angles

COP26 has simultaneously been a bustling festival of climate showcases and a somber warning alarm to avert a “dreaded death sentence” for humanity.

As the plenary discussions roll on, hundreds of events are taking place across the Blue and Green Zones (not to mention official side events outside of the grounds). It is easy to feel overwhelmed by the sheer volume of announcements at the Summit. But never fear, edie has you covered.

Here, edie summarises all the key announcements from the first few days at COP26.

The announcement was made by the nation’s Prime Minister Narendra Modi and includes key pledges to decarbonise over the next 50 years. India is the third-largest emitting despite being classed as a developing country and is home to more than 1.3 billion people.

The measures are expected to reduce India’s emissions by 1bn tonnes by 2030; a 45% reduction in carbon intensity is also expected to be achieved in that timeframe.

The 2070 target has been heavily criticised as it is well behind the common 2050 reference point for net-zero targets. However, China and Saudi Arabia are both targeting 2060, while some scenarios – such as Delhi-based thinktank the Council on Energy, Environment and Water (CEEW) – claim that 2070 is a realistic timeframe.

At the start of the week, more than 40 world leaders, including those representing the UK, the US, India, China and the EU, signed up to a new declaration aiming to deliver clean and affordable technology and solutions across the globe by 2030.

The Breakthrough Agenda will assist in global efforts to halving emissions by 2030 and keeping 1.5C alive. It has been backed by nations representing more than 70% of the world’s economy, including developing nations.

The Agenda aims to make clean technologies to clean up polluting sectors affordable and attractive for all nations by 2030. UK Prime Minister Boris Johnson set out the first five “Glasgow Breakthroughs” that cover more than 50% of global emissions.

3) A near-global pledge to end deforestation

World leaders representing more than 100 nations, which between them play host to more than 85% of forests globally, have committed to end deforestation and reverse land degradation at COP26 in Glasgow.

The commitment is being described as a “landmark moment” for nature and, on the day of its launch, has already garnered financial support pledges of £8.75bn from national governments and £5.3bn from the private sector. The UK Government is providing £1.5bn to the initiative.

Under the commitment, nations commit to halt deforestation and land degradation by 2030, and to enter into a period of restoration by this point if possible.

Funding will be provided to developing nations as a priority, supporting projects that restore land degraded by land-use change for agri-food, other commercial activities, flooding, drought and wildfires. There will also be funding provided for initiatives that seek to ensure that the rights of Indigenous communities are respected. Some 80% of the world’s biodiversity is estimated to be concentrated within regions where Indigenous communities are based.

4) And a £12bn funding pot to assist reforestation

A total of 12 countries have pledged to mobilise more than $12bn in donor support to halt and reverse deforestation across the globe, while also protecting human rights.

The pledge was made on Day Two of the World Leaders Summit at COP26 and commits nations to provide huge sums of public finance all geared towards the protection and restoration of forests.

The package of funding totals more than $12bn, with the UK pledging to provide £1.5bn over the next five years. This includes £350m for tropical rainforests in Indonesia, £200m from the LEAF Coalition and £300m that will go to reforestation in the Amazonian region.

As Boris Johnson took to the stage to set the scene for world leaders at COP26, he mused as to how Glasgow was the moment “when we get real about climate change and we can we can get real on coal, cars, cash and trees”. The four-word slogan refers to how he views the priorities for international agreements.

Wednesday marks finance day at COP26, where Chancellor Rishi Sunak is expected to announce that the UK “has a responsibility to lead the way” on climate disclosure. He will reiterate the recent publication of the Roadmap to Sustainable Investing, which confirms that transition plans will be mandated for large firms in high-emitting sectors.

A timeline should be forthcoming. Sunak will also confirm that the UK Government has developed a science-based ‘gold-standard’ verification scheme for the plans, to safeguard against greenwashing. This scheme has been drawn up in collaboration with industry representatives, academics, regulators and civil society groups.

Last week, the Treasury confirmed that large businesses will be required to report climate-risk-related information in line with the recommendations of the Task Force on Climate-Related Financial Disclosures (TCFD) from April 2022. Dates of 2022 and 2023 had been floated and, ultimately, the more rapid pathway was chosen.

At COP26, former Bank of England Governor Mark Carney and Chancellor Rishi Sunak confirmed that the Glasgow Financial Alliance for Net-Zero (GFANZ), which launched in April in a drive to unite the global financial sector in transitioning to net-zero portfolios by 2050, now represented more than $130trn in assets under management.

8) WBCSD calls for Corporate Determined Contributions to the Paris Agreement

During a side event on Finance Day at COP26, the World Business Council for Sustainable Development (WBCSD) launched the ”Business Manifesto for Climate Recovery”, while calling for the development of a new Corporate Determined Contributions (CDCs) to capture private sector progress in the global climate recovery.

The Manifesto consists of twelve action priorities framed around the imperatives to reduce, remove and report GHG emissions. Each action priority has associated policy requirements that are global in nature and applicable to policymakers in multilateral systems, and, where relevant, to national policymakers.

“The time to act for a net-zero, nature positive and equitable transform is now,” Peter Bakker, President of the WBCSD said. “Hot on the heels of the release of our new strategy, the Manifesto provides an added focus on the actions needed now with the biggest impacts to halt temperature rises and support climate recovery. Businesses are ready to deliver pragmatic and impactful solutions and be held accountable for their progress.”