Uber has announced its intention to become a zero-emissions mobility platform by 2040, with all journeys to be completed via zero-emission vehicles, public transit and bespoke micro-mobility devices. 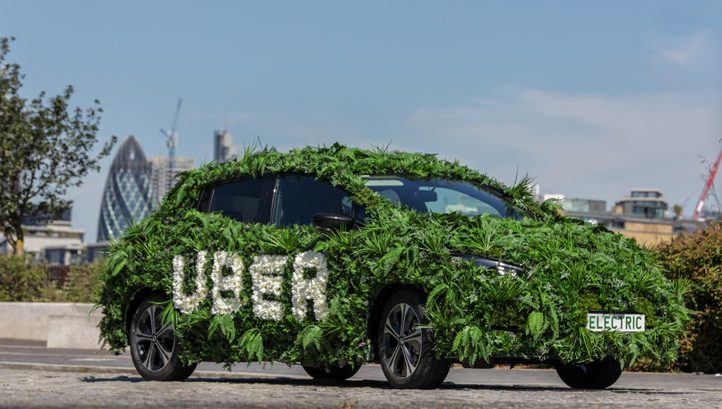 Uber will aim to become zero-emissions across its entire platform by 2040, encompassing 10,000 cities that it operates in.

The company will invest $800m to enable hundreds of thousands of drivers across Europe, the US and Canada to switch to a zero-emission vehicle. By 2025, 50% of the kilometres driven on Uber’s platform across Amsterdam, Berlin, Brussels, Lisbon, London, Madrid and Paris will be via zero-emission vehicles.

Uber’s EV commitment in Europe will save approximately 500,000 tonnes of carbon emissions – the equivalent to removing the CO2 emissions of 275,000 privately-owned cars from the roads.

The targets will cover Uber operations in London, despite the company potentially being unable to operate in the capital. In November, Transport for London (TfL) confirmed that ride-hailing firm Uber will not be able to renew its licence in the capital. The body said it had taken the decision over concerns around passenger safety and data security – the same topics raised at a 2017 hearing, in which TfL declined to renew Uber’s licence. This decision was later overturned and a two-year extension granted.

On September 14, Uber and TfL will meet in court to contest the decision.

Nonetheless, Uber is forging ahead with its global zero-emissions goal. Uber Green, which enables riders to request low-emission transport for a small surcharge – will be extended from 37 cities to 60 by the end of next year. Thus will account for 80% of Uber’s European business.

Uber’s regional general manager for EMEA Anabel Diaz said: “As the largest mobility platform in Europe, we have an important role to play in tackling climate change and supporting a green recovery. With our responsibilities to drivers, riders and cities in mind, today we have made a series of ambitious commitments to help advance the electrification of our platform across Europe.

“As we set out our roadmap to become a zero-emission mobility platform by 2040, Europe will lead the way by delivering impactful changes in the next five years.”

The company has also set up new strategic partnerships with carmakers Renault and Nissan to give drivers access to electric vehicles (EVs) in Europe.

In the UK, Uber has signed a deal with BP to give drivers access to charging hubs in London. Uber Pro drivers will be discounted through monthly memberships to BP’s Chargemaster Polar network that consists of more than 7,000 charging points.

BP’s senior vice president, Future Mobility and Solutions Richard Bartlett said: “We are pleased to be working with Uber to help to enable their partner-drivers to start the transition to a fully electric ride. We look forward to expanding our collaboration in other locations across Europe and the globe. With bp’s ambition to be a net-zero company by 2050 or sooner and to help the world get to net zero, we want to play our part in electrifying fleets and helping cities deliver on their own low carbon commitments.”

Around half (47%) of UK adults who regularly use Uber have claimed they do so due to their concerns around environmental issues.

Uber’s UK target is for all drivers listed on its app to be completing 100% of journeys in EVs or hybrid-electric vehicles by 2025. UberX journeys made in London already adhere to this target but, to expand EV adoption, Uber recently introduced a 15p-per-mile “eco charge” to journeys within the capital. Funding raised through this channel is ring-fenced to be used as grants for drivers who need support to buy an EV.

Commenting on the announcement, William Todts, executive director of the European NGO Transport & Environment said: “People across Europe are sick of pollution and congestion. Shared electric mobility is key to solving these problems. And the right place to start is with high-mileage drivers who’ll benefit first from cheaper-to-run, clean electric vehicles.”