Global projects focused on protecting oceans and combatting the climate crisis have been awarded a share of the UK's £500m Blue Planet Fund. 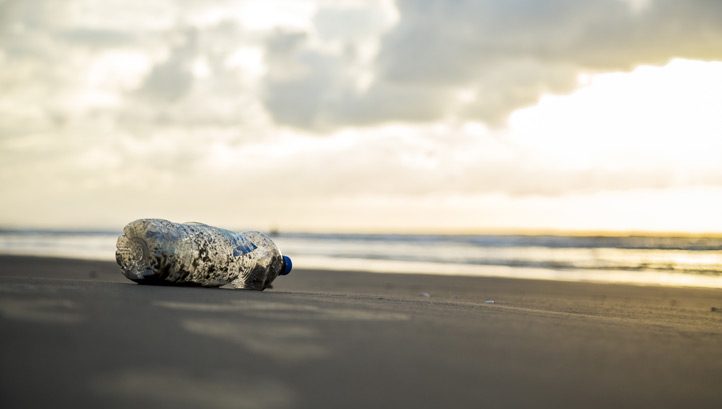 The UK Government has confirmed that more than £16m will be funnelled into research projects that aim to protect the world’s oceans. Initiatives supported include those that improve marine conservation and tackle plastics pollution.

Projects receiving funding include a new UK-led programme to help scientists better manage coastal areas. Through the Ocean Country Partnership Programme (OCPP), UK scientists from the Centre for Environment, Fisheries and Aquaculture Science (Cefas) are already providing analysis of water samples from Sri Lanka to contribute to the ongoing response to the Xpress Pearl environmental disaster in June – a chemical cargo ship that caught fire.

Funding will also support work by the Global Fund for Coral Reefs (GFCR) in the Caribbean, Indian Ocean, Pacific and Southeast Asia by exploring techniques such as sewage treatment and the management of marine protected areas. Additionally, funding will support the expansion of the Global Plastic Action Partnership (GPAP)’s work to tackle plastic waste in developing countries. Since GPAP launched in 2018, it has secured a commitment by Indonesia to reduce 70% of mismanaged waste by 2025 and a commitment by Viet Nam to reduce marine plastic waste by 75% by 2030.

Environment Secretary, George Eustice, said: “The UK is a global leader in marine protection and will continue to advocate for ambitious climate and ocean action at COP26 this year. Our shared ocean is a vital resource and provides habitat to precious marine life, as well as supporting the livelihoods of one in every ten people worldwide.

“The Blue Planet Fund will support many developing countries on the front line of climate change to reduce poverty and improve the health of their seas.”

Funding has been financed from the UK Official Development Assistance budget and forms part of the UK’s effort to protect at least 30% of the global ocean by 2030. The fund also contributes to a commitment to increase the UK’s internal climate finance support to at least £11.6bn by 2026.

A drop in the ocean

To mark World Oceans Day in June, the UK Government confirmed plans to introduce a new class of protected areas around the English coastline, in a bid to prevent damage from sectors including fishing.

Groups including Greenpeace and Oceana have been urging the Government to add an extra layer of conservation requirements to the rules around Marine Protected Areas (MPAs) for some time. A particular point of contention is that “bottom trawling” fishing practices are still allowed at an industrial scale within MPAs. Oceana claims there were 68,000 hours of bottom trawling in MPAs last year alone. This practice can damage habitats on the seabed, disturbing the patterns of plants and animals.

These calls to action had been backed with an independent review commissioned by the Government; the Benyon Review, led by former Environment and Fisheries Minister Richard Benyon between 2019 and 2020.

In response, the UK Government confirmed plans to introduce a new class of Highly Protected Marine Areas (HPMAs), where “all activities that could have a damaging effect on wildlife or marine habitats” will be banned.

A list of potential HPMA sites will be drawn up by the end of 2021, the Department for Food, the Environment and Rural Affairs (Defra) has confirmed. The first HPMAs will then be designated in the first half of 2022. Currently, the ‘Blue Belt’ of MPAs covers 38% of UK waters.

While protected status has been broadened for marine habitats, NGOs believe that less than 1% of marine areas are properly protected. Previous WWF research has revealed that fully protecting one-third of UK seas could catalyse a £50bn boost for the economy and unlock 100,000 jobs.

The link between the climate and nature crises is becoming ever clearer, thanks to improved scientific research in both fields and to growing public awareness. The 2018 report from the Intergovernmental Panel on Climate Change revealed that 2C of warming would be far worse for nature than 1.5C, with key habitats including coral reefs at acute risk.

But, as well as bearing the brunt of temperature increase and nature loss, marine habitats are well-equipped to serve as solutions.

More than 90% of the heat trapped by humanity’s greenhouse gas emissions has been absorbed by the seas, according to one 2019 study. But this is not sustainable in the long-run and could be contributing to issues such as acidification.  The extent to which seas can combat heating and sequester carbon, with co-benefits to biodiversity, could be boosted with targeted action.