The UK and Australia have outlined the broad terms of their post-Brexit trade deal, leaving green groups, British farmers and some MPs concerned about the environmental and social implications. 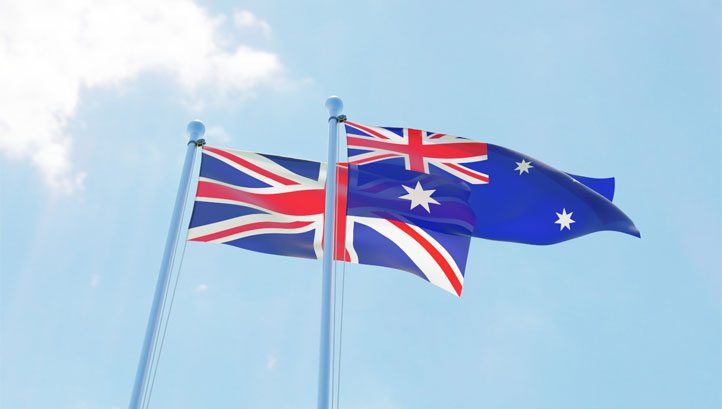 Downing Street announced on Tuesday morning (15 June) that talks between UK Prime Minister Boris Johnson and Australian Prime Minister Scott Morrison have concluded, with the broad terms of the new trade deal including a 15-year cap on tariff-free imports, designed to protect British farmers from being undercut on price.

Products set to be imported to the UK include beef, lamb, wine and apparel, while British cars, whiskey, ceramics, chemicals and confectionary will be exported to Australia. “ We are also supporting agricultural producers to increase their exports overseas, including to new markets in the Indo-Pacific,” Downing Street stated.

Johnson has maintained that sectors set to export to Australia collectively employ 3.5 million people in the UK and called the trade deal an example of “global Britain at its best”. Precise details, including quotas and tariffs for specific goods, will be revealed in a final Agreement in Principle, due out by the end of the week. Details of a new ‘Clean Tech Partnership’ will then be revealed at a later date.

In the meantime, many of the UK’s biggest trade bodies have expressed anger and disappointment at the implications of the deal for UK workers and for the transition to an environmentally sustainable economy.

At a top-line level on climate, the UK has a 2050 net-zero target while Australia has failed to enshrine such a commitment in law. Morrison has repeatedly spoken in favour of fossil fuels and, this week, declined to sign the G7 final communique from this year’s summit, in which all six other nations agreed to work to net-zero by mid-century. Detailed in the communique are measures to end direct government support for new thermal coal generation capacity without co-located carbon capture and storage (CCS) technologies by the end of this year and all other “inefficient” fossil fuel subsidies by 2025.

There are also concerns that Australia’s current legislation on topics including animal welfare, biodiversity, pesticide and chemical use have resulted in lower standards than for the UK.

Writing in The Independent this week, WWF UK’s chief executive Tanya Steele claimed that Australia currently permits the use of “71 highly hazardous substances and thousands of pesticides banned in the UK” and has “the highest rate of deforestation in the OECD”.

Her column continues: “Many UK farmers are already producing to high standards and are at the forefront of developing the greener farming of the future. If they are to succeed, they will need the full support of a government with a forward-looking approach to trade.

“If the UK government is serious about global environmental leadership, then it must get serious about sustainable farming – not just here in the UK, but across every country we import food from.”

These concerns have also been voiced by the National Farmers Union (NFU), which has warned of the “slow, withering death of family farms” in the UK, and Greenpeace UK, which has called the deal “a massive vote of confidence to exactly the kind of intensive, destructive mega-farms that the UK should be trying to move away from”.

Most groups are in agreement that a UK-Australia trade deal could, ultimately, deliver mutual benefits in terms of environmental sustainability – but only with much more planning in collaboration with MPs, NGOs and the private sector. Without this, it has been argued, other nations with a poor track record on climate and land use, including the US and Brazil, will be eyeing similar agreements. Steele dubbed the trade deal process “rushed”.

Greenpeace UK’s chief scientist Doug Parr added: “[This deal] has lowered the bar significantly for other countries looking for trade deals – Brazil being of most concern with its similarly destructive farming methods driving mass deforestation at the expense of people, wildlife and the climate.

“Britain will be expected to accept the same laissez-faire approach to food and environment standards that the Australia deal allows.”

Aside from the message sent on the environment, the government is also being accused of failing to consider its commitment to “level up” UK regions, given that many rural communities are already facing higher unemployment rates and other economic issues than their urban counterparts.

There are also concerns about precisely how economically beneficial the deal will be for the UK.

“The UK-Australia trade relationship was worth £13.9bn last year and is set to grow under the deal, creating opportunities for businesses and producers in every part of the UK,” Downing Street said.

“The UK exported £5.4bn worth of services, including £1.4bn of insurance and pension services and £780m of financial services, to Australia in 2020. Red tape and bureaucracy will be torn down for more than 13,000 small and medium-sized businesses across the UK who already export goods to Australia, with quicker export times.”

But Downing Street has not yet posted details on forecasted financials in the future and some estimates have calculated that UK GDP could only grow by 0.02% over 15 years as the result of the deal. This is in the case of the UK not joining a wider Asia-Pacific free-trade agreement, the Comprehensive and Progressive Agreement for Trans-Pacific Partnership (CPTPP), within that timeframe.