Organisations representing more than 95% of the UK's bus industry have pledged to only invest in low-emission vehicles from 2025, over concerns surrounding climate change and air pollution. 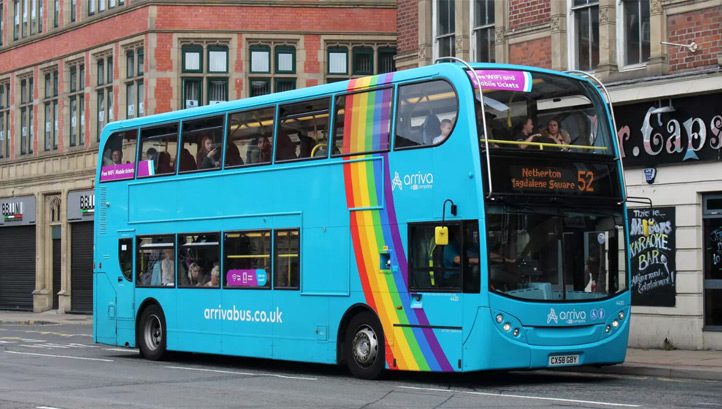 The commitment was made today (10 September) by industry body the Confederation of Passenger Transport (CPT), which represents the likes of Arriva, Go Ahead, National Express, Stagecoach and First Group.

In order to drive this modal shift, the body will be investing in smart ticketing systems and exploring lower fares for apprentices, jobseekers and other concessions – as well as hydrogen-powered, hybrid and fully-electric buses.

Graham Vidler, the CPT chief executive said: “Buses are already the cleanest form of road transport and have a crucial role to play in tackling environmental issues and helping to meet important targets on improving air quality and reducing carbon emissions.

“If everyone switched just one car journey a month to bus, there would be one billion fewer car journeys and a saving of two million tonnes of CO2 a year.”

However, Vilder added that CPT members would only be able to reach its new 2025 targets with the “right support from Government”.

Transport is notably the UK’s highest-emitting sector after it overtook power generation for the first time since records began in 2016.

Amid a slow transition towards fully electrifying petrol and diesel passenger cars, compounded by continually high technology prices and slow investment in supporting infrastructure, Friends of the Earth (FotE) is estimating that at least one-fifth of car journeys made within the UK annually will need to be undertaken using public transport by 2021 if the nation is to meet its fourth and fifth carbon budgets, the latter of which runs from 2028-2032.

This is because the electric vehicle (EV) revolution appears to be gripping the bus sector far more rapidly than the car and van sectors.

In order to drive this change, FotE is recommending that free bus travel is offered to all under-30s “as soon as possible”, with the scheme widening in the years leading up to 2032.

Such a move would cost around £3bn annually but would enable local authorities to spend less on roads, according to the campaign group. The body notes that more than 100 cities across the world are now offering free bus travel.

The CPT has not taken this advice on board in its latest announcements but has vowed to help its members and their local authority clients to develop new fare schemes which will incentivise jobseekers, apprentices and students to use buses more often.

It has also pledged to help its members address the challenges of congestion in cities, running regular and reliable routes in rural areas and developing low-carbon solutions in regions where supporting infrastructure is sparse.

The first £70m of the fund will be used to install 3,000 charging points across the nation, more than doubling its current charger stock of around 2,200 publicly available charge points.

All of these charging points will be fitted with rapid charge technology, which Minister claim can recharge a hybrid-electric family car in as little of 20 minutes.

The fund will also be used to undertake a review into how and where charging points should best be provided to serve major road networks – notably at service stations.

“This fund will help drum up further investment in charging infrastructure from the private sector, so charging an electric car becomes as easy as plugging in a smartphone.”