The Association for Renewable Energy and Clean Technology (REA) has claimed that the UK can reach 100% renewable electricity in the next 11 years, with clean technology uptake set to create 200,000 new jobs provided the Government can deliver enabling policies. 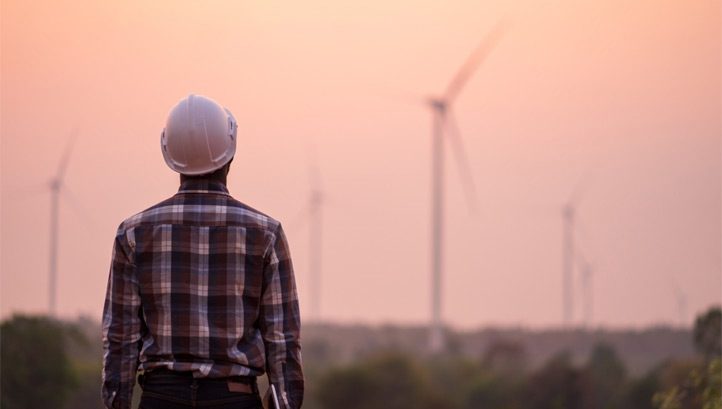 The REA has published its ‘Strategy for Renewable Energy and Clean Technologies’, which outlines how clean technology uptake can boost job growth and push the nation towards its net-zero emissions target set for 2050.

By the end of 2022, the report claims that renewables will account for more than 50% of electricity generation, with 100% renewable electricity achievable by 2032.

As for energy demand, the REA states that the majority will be accounted for by heat and transport sectors, both of which could be met from clean technologies by 2035 which would enable both sectors to reach net-zero by 2050.

The report also outlines how a circular economy could benefit the net-zero transition. By separating and recycling all bio-waste at source or through collection, the REA claims that waste and associated emissions can “achievable value uses”. This would see food and garden waste eliminated from landfill in the UK with mainstream collection efforts set up by the end of 2023.

However, the success of the transition would hinge on enabling policies and roadmaps, steered by the UK Government. These include a fit for purpose power grid that is fully decarbonised and can incorporate a wide range of clean technologies.

The REA’s chief executive Dr Nina Skorupska CBE said: “The UK’s energy system is in the midst of the largest transformation for generations, moving towards the legally-binding 2050 net-zero target for greenhouse gas emissions reductions. The change required over the next three decades is on a par to that experienced during the industrial revolution; affecting people’s homes, businesses and the very fabric of the nation.

“With COP26 on the horizon, the government has an opportunity to make a bold statement – this Strategy not only sets out several necessary and achievable targets, but it also provides the solutions to removing the barriers which could prevent those targets being met.

“It is now abundantly clear that the argument of an ‘either/or’ choice between tackling climate change and providing an economic boost is over. Support for the renewable energy and clean technology sector will not only help the government reach its net-zero ambitions, but it could deliver hundreds of thousands of new jobs and return billions of pounds worth of investment too.”

Last year, just as the coronavirus impacts were being felt in the UK, the REA claimed that the UK Government could deliver an 85% increase in renewable and clean technology jobs in a decade by implementing better taxation systems and outlining a roadmap for net-zero emissions.

The report found that employment in the renewables and clean technology industry stood at 128,954 in 2017/18 but could grow to 238,000 by 2030 if the UK Government can implement more enabling green policies.

The report found that the renewable energy sector was estimated to be worth £18.8bn during the timeframe, which in turn delivered an increase of 1,844 jobs and £867m in market value since 2016. However, this growth mask “significant falls” in the solar PV sector due to the closure of support mechanisms such as the Feed-in Tariffs (FiTs). If policy cuts to green legislation had not occurred in 2016, the REA estimates that an additional 14,700 jobs and £3.44bn in investment may have been generated.

The REA also estimated that up to 140,000 jobs across solar, wind, storage and electric vehicle (EV) charging markets could be added, alongside an additional 100,000 bioenergy jobs, if the UK Government can deliver favourable policy changes.

Building on that report, the REA issued a “green recovery updated” later that year, stating that an additional £2bn of investment is needed to bring up to 20GW of renewable generation online; a large-scale heating and energy efficiency retrofit scheme is required for housing; a national reskilling initiative for workers in the oil and gas sector would boost job retention; and greater investment in domestic battery production would spur the net-zero target.

The above measures alone would create 176,000 net new jobs while reducing business and domestic energy bills and generating a net economic value of £7.5bn.