With the correct support from central government and local authorities, the UK could create almost 700,000 new green jobs within a decade, and a further 488,000 through to 2050, new research has concluded. 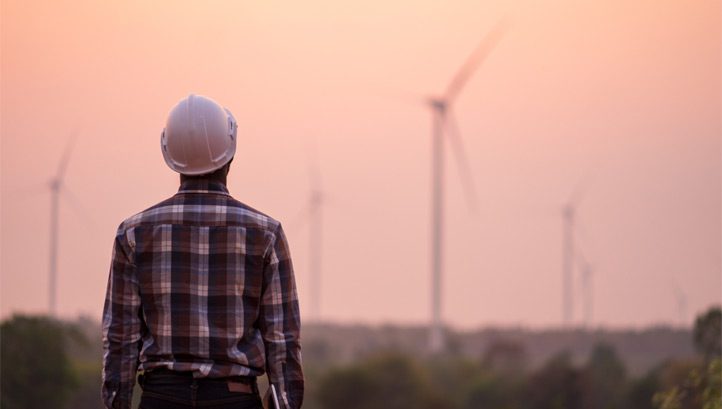 Produced by the Local Government Association (LGA), the report comes amid a backdrop of warnings that the UK unemployment rate could soar to 10% if there is a second wave of coronavirus in the latter half of 2020. The unemployment rate has been stagnating around 3.9% since February, but, with the furlough scheme due to wind down, the Treasury has warned that further redundancies are still to come.

According to the report, much of this pain could be avoided if the Government works with councils and with skills providers to create economic recovery options centred around renewable energy, clean technologies and energy efficiencies.

It recommends that Ministers create a jobs guarantee programme and back-to-work supports for those made redundant in the public sector; that local authorities translate the UK’s overarching net-zero target into a context-specific roadmap; and that far greater collaborative action to spur the skills pipeline is implemented.

If these and other measures are undertaken holistically and at a pace, the report concludes, 698,000 new green jobs can be created within a decade – around half of which will be in the renewable energy generation sector.

Other sectors with significant representation in this cohort are energy efficiency products (21%), low-emission vehicle manufacturing (14%), alternative fuel production (10%) and low-carbon services such as legal, IT and financial (9%).

Regarding the geographical distribution of these new roles, the LGA has identified Yorkshire and the Humber and the North West as hotspots, whereby more than 28% of the new roles could be located. Plans are underway for a net-zero industrial cluster in Humber, backed by Drax and Equinor, with the region also playing host to a hydrogen cluster. However, a significant number of roles would be created in each and every region, the report concludes.

The LGA’s predictions are based on the UK’s alignment with two widely-accepted roadmaps for meeting the 2050 net-zero target – the Committee on Climate Change’s (CCC) core recommendations and National Grid’s Future Energy Scenario. It also takes into account Government predictions and commitments around the expansions of key sectors, such as offshore wind, where the sector deal pledges that one-third of the UK’s electricity will be generated in this way by 2030.

For these predictions to come to fruition, however, the Authority is warning that councils must be given greater support and tools to create the new roles either themselves or through collaboration with local organisations. It argues that centrally driven support “is often failing to meet, and respond to, local need”.

Specifically, the LGA wants to see national skills and employment schemes and funding to be devolved to councils and combined authorities, who will then collaborate with the necessary organisations in the context of regional employment, geography and existing facilities.

“Councils are driving the climate change agenda at a local level through ambitious projects and targets which is beginning to influence local economic growth plans and skills programmes,” the LGA’s City Regions Board Chair Sir Richard Leese said.

“Demand for green jobs is due to sky-rocket as we move towards a net-zero economy and local government, with its local knowledge and expertise, is best placed to ensure the workforce in every region of the country can successfully surf the new wave of employment opportunities.”

The report comes as the UK is finalising its economic recovery plans to deal with the fallout of the Covid-19 pandemic.

This framework is due to be published in the second half of July and accompanied by a full public speech from Prime Minister Boris Johnson, who has repeatedly emphasised his Government’s commitment to ensuring the plans bring about a “fairer, greener and more resilient” economy.

Chancellor Rishi Sunak is reportedly planning to launch a dedicated fund for reskilling Brits to work in the renewable energy, cleantech and built environment sectors, coupled with additional investment in these sectors to assist with their expansion. He has told peers of his department’s ambition to create a “green industrial revolution” led by those made redundant in recent months. However, further details are scarce at present.

The Government is notably targeting two million “green-collar” jobs in the UK by 2030 as part of the nation’s 2050 net-zero target – but the Conservative Party has faced criticism for poor progress on green skills and employment under the UK’s previous long-term climate target. Pre-pandemic, Government figures revealed that turnover in the UK’s green economy accounted for just 1% of national non-financial turnover. Similar investigations into official jobs figures found that while domestic jobs in the renewable energy sector rose year-on-year in 2018 and 2019, they were ultimately down by around one-third on 2014 levels.

In a drive to turn these trends around, the REA recently produced a report detailing how ministers, business and local authorities can collaborate to increase the number of green jobs in the UK by 85%. Dramatically increasing employment in low-carbon fields will require the creation of a net-zero roadmap, with time-bound, numerical targets for specific regions and sectors, alongside major changes to financial incentives and tax, the REA believes.

As part of Mission Possible, edie’s award-winning campaign which empowers organisations to ramp up areas across all areas of sustainable development, edie is hosting an insight report exploring how public sector organisations are driving forwards towards net-zero across their own operations and the supply chain.

Produced in association with Total Gas and Power, the 18-page report explores what role sustainability and energy professionals within the UK’s public sector bodies can play in achieving ‘net-zero carbon’ status. The report is free to download and can be accessed here.