CO2 emissions have fallen for a sixth consecutive year - the longest continuous decline since records began - according to new data provided by the Government. 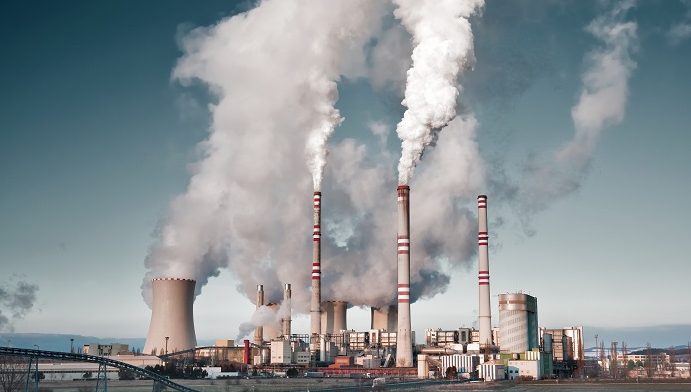 A coal-fired power station in Pocerady

The 1.5% reduction in emissions last year followed big cuts in 2014 (8.7%) and 2016 (5.9%), illustrating a slowdown in performance of carbon reductions across the energy sector, and the scale of the remaining challenge.

Additionally, it comes from a reduction in a single energy source – coal –  which is down 16% compared to a year earlier, and accounts for 97% of the entire decline in carbon emissions while oil and gas use remained largely unchanged. In fact, due to the opening up of new fields, oil has slightly risen in terms of carbon emissions in the past six years, producing just over 150MtCO2 in 2018 compared to 144MtCO2 in 2013.

Research by Carbon Brief also showed the shift away from coal power was the key driver for decarbonisation. It revealed CO2 levels were at their lowest levels since 1888 – and only during miner strikes in 1893, 1921 and 1926, were levels comparable to those released today.

Carbon Brief also predicted that the UK Government’s plans to remove additional coal from the electricity mix by 2025 is likely to spur further reductions in this area, but has warned that “additional and rapid” progress will be needed in the transport and farming sectors, if the UK is to meet the aims of its Fifth Carbon Budget.

These forecasts come at a time when transport is the most carbon-intensive sector in the UK. It overtook the power industry as the most emitting sector in 2016, and saw its emissions rise by 2% last year, with the main source of emissions deriving from the use of petrol and diesel.

The second largest contributor to reduction has come from reducing the amount of energy we use across both commercial and domestic sectors, such as more energy-efficient household items, such as bulbs and white goods, and businesses shifting their energy use as well as occupying more energy efficient buildings.

This shift was responsible for almost one-third (31%) of the UK’s progress, Carbon Brief claims, with savings from industry being greater than those from homes.

But the news of the reduction comes as Carbon Brief claims that sizeable shifts towards renewable power generation and energy-efficiency could have doubled the results shown today. In this scenario, the proportion of emissions related to electricity generation would also have been four times that of present levels.

The reduction in coal usage comes as the UK Government has committed to replacing old coal plants with new large gas-fired power stations. Almost half of the gas industry’s new power stations across Europe are earmarked for the UK.

But campaign groups such as the World Wide Fund for Nature have argued that the energy gap can instead be filled by renewables, battery storage and flexible technologies, allowing the UK to go from “coal to clean” and skip new gas completely.