As the UK takes its first steps away from the EU, there are still plenty of open questions about how it will align with Europe on climate policy, and in particular, with the EU's flagship emissions trading scheme (ETS). 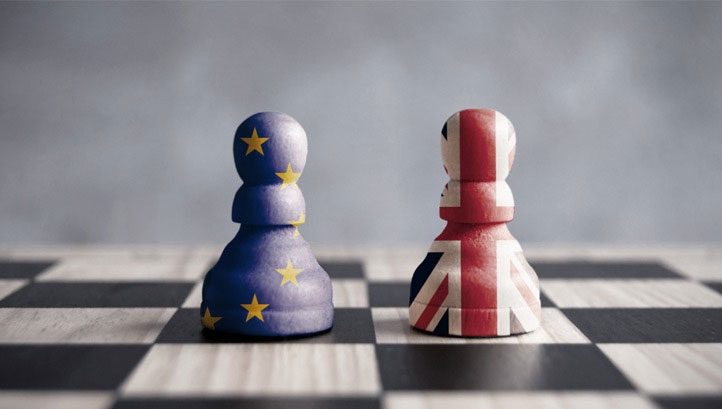 On 31 December 2020, the UK left the EU ETS, which obliges big industries and airlines running intra-EU flights to pay a price for every tonne of CO2 they emit.

Simultaneously, Britain started preparations to launch its own emissions trading scheme, the UK ETS, which the government said should be up and running in the second quarter of this year.

What is still unclear is how closely the UK will align its new ETS to the EU carbon market, currently the largest in the world.

“This is very new,” said Shane Tomlinson, deputy CEO at E3G, a climate think tank. “How the EU-UK trade agreement is implemented will be very critical to determining its success because it opens up as many questions as it answers in a lot of places, particularly in relation to energy,” he told EURACTIV.

Tackling climate change plays a key role in the EU-UK trade agreement struck on Christmas Eve, binding both parties to their commitments and including rebalancing measures if they diverge.

“Under the agreement, both sides agree that the fight against climate change, and in particular the 2015 Paris Agreement on climate, constitute an essential element of their partnership,” the Commission explains in a 40-page note outlining the trade deal.

Crucially, the agreement includes “a strong principle of non-regression, including on carbon pricing,” meaning neither side can reduce their commitments. “Any violation of this essential element by one party gives the other party the right to terminate or suspend all or parts of the agreement,” the EU executive says.

However, there are still plenty of open questions about how the future relationship will work.

Although the EU and the UK currently share the same climate legislation, regulatory divergence will only grow over time as Britain develops its own policies, making linkage between the two ETS more challenging.

“It is worth bearing in mind that the more the UK diverges, the harder linkage will become, so early action is crucial,” said Alexander Stafford, a Conservative MP who is a member of the Parliament’s business, energy and industrial strategy select committee.

“Negotiations must begin as soon as possible to ensure that the 2021 compliance year is covered by a linked UK-EU ETS,” he told EURACTIV.

In fact, regulatory divergence has already started, and at the moment, the UK seems more ambitious on climate policy.

Last year, Prime Minister Boris Johnson set a UK objective to cut emissions by 68% by 2030, higher than the EU’s expected 55% target. And on transport, the UK has announced it will ban the sale of petrol and diesel cars by 2030, an objective the EU has not committed to.

A net-zero cap and trade market

Meanwhile, the UK government is making slow progress at launching its own ETS.

As of 1 January, Britain launched what it described as “the world’s first net-zero carbon cap and trade market” to help reach its legally binding target of reaching climate neutrality by 2050. By January 2024 at the latest, the cap will be aligned with the UK’s 2050 objective of reaching net-zero emissions, according to lawyers at Latham & Watkins LLP.

The UK system covers emissions from electricity and heat generation, industry and aviation – just like the EU ETS.

In fact, the UK ETS is very similar to the EU’s with no real barriers between the two, Tomlinson said. The only changes include a tighter annual cap, reflecting the UK’s more ambitious climate target, and a slightly higher fine for exceeding the emissions limit (£100 instead of €100).

The scheme is key for the UK, which plays host to the UN climate summit this year, focusing on the role of international carbon markets in reducing emissions.

Both the EU and UK agreed to “give serious consideration to linking their respective carbon pricing systems” and consider adding further sectors like buildings, the European Commission says.

As part of a new future bilateral agreement with the EU – yet to be negotiated – the UK could opt to connect its ETS to the EU’s, similar to what Norway, Iceland, and Switzerland are already doing.

This approach, which is supported by the Scottish government, would be easier given that the UK has been a member of the EU ETS since its inception, according to Annalisa Savaresi, senior lecturer in environmental law at Stirling University.

However, the UK government is still ambiguous on linking the two schemes. “The UK is open to linking the UK ETS internationally in principle and we are considering a range of options, but no decision on our preferred linking partners has yet been made,” says the government’s Energy White Paper, published in December 2020.

While the UK ETS may not be as economically efficient due to the smaller size of the UK market, Britain will now have full control over its own system, Savaresi said.

But it is far from being up and running. To begin with, the UK government is still busy passing the legislation that will replace the EU carbon trading system.

According to Tomlinson, it remains to be seen how independent this new office will be. This is going to be crucial, he said, because the new UK watchdog will replace EU oversight.

Meanwhile, energy traders have urged the government to speed up preparations for the UK ETS, warning of “the adverse consequences that the delay to auctioning of UK ETS Allowances” will have on the functioning of the UK’s future carbon market.

“We would like to express market participants’ concerns over the functionality of the standalone UK ETS in the short to medium term,” said Jan van Aken, secretary-general of the European Federation of Energy Traders, in an open letter to the government.

Traders worry about a lack of information on how the scheme will work, with government guidance expected to be released sometime in early 2021.

“We encourage UK government to publish the auctioning calendar as a matter of urgency,” van Aken wrote, warning that any uncertainty over the start of auctions “creates a significant challenge for risk hedging for UK installations”.

“With that in mind, we urge the UK Government to accelerate the primary auctions for the UK ETS and launch them as soon as possible in Q1 2021, rather than in Q2 2021,” the letter said.

“This will not only reduce market uncertainty but also provide UK generators with the opportunity to hedge January deliveries which are already underway.”

Another open question is whether the UK will introduce a carbon border tax, similar to the one currently being drawn up at EU level.

The UK government is closely following discussions on the EU’s border carbon adjustment mechanism and will assess possible engagement with Europe on it. Given the UK’s higher climate target, the UK could even be tempted to impose its own carbon border tax on the EU.

According to E3G’s Tomlinson, this would be a worst-case scenario. “My hope is that, as world leaders in decarbonisation, the EU and the UK can work cooperatively on delivering climate objectives over the coming years, so I would very much hope we will not be in a position where the UK is looking to ever impose carbon border adjustments with the EU,” said Tomlinson.