UK businesses are wasting energy to the tune of £60m in unnecessary energy bills, according to a new Green Alliance report that is calling for better commercial energy management to help reach the UK's climate targets. 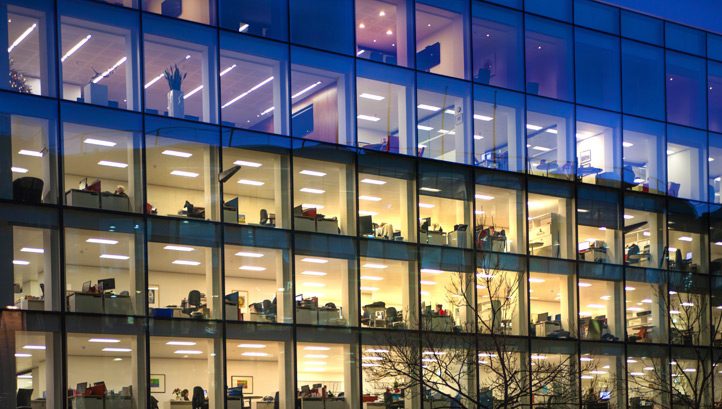 The new report from the think tank Green Alliance, written for its Tech Task Force today (22 January), revealed that wasted energy from the City of London’s offices alone is equivalent to the amount used to power more than 65,000 homes and is costing businesses in the city £35m a year. The Green Alliance has revealed that this generates carbon emissions equivalent to 46,000 cars annually.

Energy waste across less than 3,300 offices in Manchester, Bristol, Leeds and Birmingham could power more than 42,000 homes, and is costing businesses £25m annually in avoidable energy bills.

With the Committee on Climate Change (CCC) noting that reducing energy waste is critical to meeting the UK’s enshrined net-zero emissions target for 2050, the new report calls on businesses to turn to technological innovations to save money and reduce emissions.

The Green Alliance’s senior policy analyst Caterina Brandmayr said: “We all work for or know businesses that waste energy, whether it’s leaving lights on at night or wasting heat. It’s hard to see why dealing with this problem isn’t yet a priority, for companies in terms of cost savings or for the government in reaching its carbon targets.

“Digital technology is an obvious and inexpensive way to track and control energy use, cutting business costs and carbon emissions. Cities will play a leading role in cutting emissions and would be a great place to start the UK’s business energy efficiency revolution.”

The Government has committed to cutting energy use by at least 20% by 2030, but the Green Alliance has warned that existing policies will not put measures in place to achieve the target.

The built environment accounts for 40% of national energy use and around one-third of emissions. Government legislation and proposals include plans for all rented commercial building to be required to operate at a minimum energy efficiency standard of EPC band B by 2030. This alone, the Government claims, could save businesses £1bn per year in energy bills.

Responding to the report, JLL UK’s head of sustainability Sophie Walker said its findings were “very welcome”, but that energy waste across the built environment sector has been “recognised as a major issue for some time”.

She said: “What this report does is again emphasise the easy cost savings still to be achieved from focussing on energy efficiency. It’s environmental realpolitik and will help drive forward net-zero carbon commitments.

“There are still quick wins and there is still a huge amount of building optimisation to be done, and we at JLL are strongly encouraging all our clients to view net-zero and energy efficiency as a strategic business priority. But, fundamentally, to affect the mainstream rapidly, what we need is the government to learn from the industry first movers and put regulation in place to accelerate change.”

The Green Alliance report notes the role that digital technology can play in unlocking energy savings.

Smart sensors and algorithms that can track and modulate energy use across an entire building were noted as technologies worth exploring. In fact, the report notes that Artificial Intelligence (AI) energy optimisation systems already on the market could cut energy use in commercial buildings by 14%, generating payback in just a few months. For the City of London, for example, businesses could save £13m on their collective energy bill within a year.

According to PwC, if the global agriculture, transport, energy and water sectors were to effectively embed AI systems across their operations, worldwide greenhouse gas emissions would fall by 4% by 2030.

There are a few cases of progress in this area. A portfolio of 11 office properties across Liverpool and Greater Manchester have been verified as net-zero carbon against the UK Green Building Council’s (UKGBC) standard, in what the developer has described as a national first, earlier this month.

Sustainability and energy professionals wishing to implement a ‘green office’ programme within their organisation now have access to a comprehensive guide outlining practical tips for implementation.

The new edie Explains: The green office guide, produced in association with Commercial Group, provides an in-depth summary of the key considerations which must be taken into account when ‘greening’ an office.