UK food and drink sector to halve emissions by 2030, under updated WRAP targets

WRAP's Courtauld Commitment, which has been singed by more than 90% of the UK's food retailers as well as major businesses across the food value chain, has been extended to 2030, with a new ambition to halve absolute emissions. 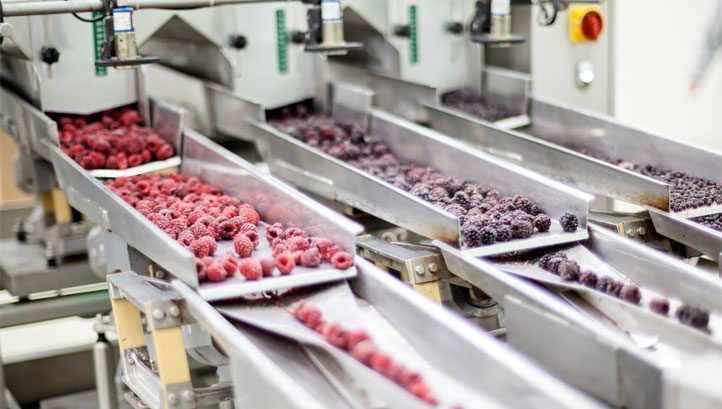 The Commitment has more than 150 signatories

The update to the Commitment, posted today (20 July), sees 2025 targets on carbon, food waste and water built upon with longer-term goals. WRAP said in a statement that the update is designed to align the sector with the UN’s Sustainable Development Goals (SDGs) relating to these topics and takes account of “the newer demands of climate action”.

Notably, the Commitment came out before the Intergovernmental Panel on Climate Change’s (IPCC) landmark report in 2018 that catalysed the global net-zero movement. The report laid bare the diffences between a 1.5C and 2C world, stating that humanity will have the best chance of achieving the former by halving net global emissions by 2030 and bringing them to zero by 2050.

On emissions, signatories had already pledged to deliver a 20% reduction, on a per-person basis, of value chain emissions between 2015 and 2020. The new 2030 target is to halve emissions, on an absolute basis, against a 2015 baseline.

Food waste prevention is what WRAP is best known for. The organisation’s plan for delivering the Courtauld Commitment targets involves encouraging businesses across the food value chain to adopt a food waste reduction roadmap. Launched in 2018 in partnership with the Institute of Grocery Distribution (IGD), the roadmap has been supported by dozens of businesses and, in 2020, supported the mitigation of 180,000 tonnes of food waste, valued at £300m.

Water is the third and final theme covered by the Courtauld Commitment. The 2025 target is not numerical; it simply requires signatories to provide evidence of a “reduction in impact associated with water use and water stress” in operations and supply chains.

For 2030, a target has been set to ensure that 50% of fresh food is sourced from areas with sustainable water management. This target should be delivered by improving the quality and availability of water at catchment scale in the top 20 most important product and ingredient sourcing areas in the UK.

WRAP said in a statement that more than 80 businesses, trade bodies, NGOs, government departments and other organisations were consulted in the development of the 2030 targets.

“I’m immensely proud of what we’ve achieved under the Courtauld Commitment 2025 during the last five years, but with COP26 fast approaching, the new Courtauld Commitment 2030 has been refreshed to build on this success and meet newer demands of climate action head-on,” WRAP chief executive Marcus Gover said.

“Courtauld has always addressed the most significant sustainability challenges that the sector faces – carbon reduction, improved water stewardship and food waste. Climate change is the biggest threat we all face and fixing food is vital. I believe Courtauld has never been more important as only fundamental change can reset our fragile global food system into a sustainable model that will feed us in the future and cut greenhouse gas emissions towards net-zero.”

The UK Government’s food waste champion Ben Elliot added: “From farm to fork, our food and drink sector is hugely reliant on natural resources, which means it also has a significant environmental footprint.

“Not only do we need to drastically reduce our food waste both before and after it has been plated up, but we also need to reduce the reliance on those resources from the outset to better protect the planet.

“The Courtauld agreement is central to achieving this vision. I strongly encourage food and drink businesses to get behind these ambitious targets for 2030 to reaffirm the sector’s commitment to creating a greener and more sustainable food system.”

Food waste on the rise

In related news, WWF has today published a new report outlining the scale of the food waste problem – both globally and on a UK scale.

Entitled ‘Driven to Waste’, the report states that some 2.5 billion tonnes of food are wasted annually every year – up from 1.3 billion tonnes in the early 2010s. This level of waste represents some 40% of global production. Most previous analyses have put the proportion at around 30%. This means that, while food waste is estimated to account for 7-8% of annual global emissions, the total could actually be 10%.

The report warns that developed nations such as the UK still have much to do to reduce food waste on farms, which accounts for almost half of the global total food waste mountain.

Recommendations for reducing food waste on farms include mandates for supermarkets to buy up whole crops, no matter what they look like, promoting cosmetically imperfect items – often called “wonky fruit and veg” to customers at a discount. Governments could also do more to set specific food waste reduction targets for farmers, supporting them to overcome challenges in measuring and reducing waste. Tesco, one of WWF’s long-standing corporate partners, was the NGO’s report production partner.

The report comes shortly after the publication of the National Food Strategy – a review of the sector by Henry Dimbleby containing a string of policy recommendations. That document revealed that a third of the food produced in the UK is wasted before it leaves the farm.

“Decisions by business and governments have a significant impact on the levels of food lost or wasted on farms, including in the UK,” WWF UK’s director of food strategy David Edwards said.

“To radically reduce food waste, we need ambitious reductions targets across the whole food supply chain, with businesses who buy the food supporting farmers in making this happen. Transforming our global food system is critical in tackling the climate and nature crisis and safeguarding our planet’s health.”

The UK’s Department for Food, the Environment and Rural Affairs (Defra) has maintained that the UK is a “world leader in combatting food waste”, as figures fell by 480,000 tonnes between 2015 and 2018. However, it has been acknowledged that more must be done.