UK Prime Minister Boris Johnson has stated that the Government intends to develop plans for shifting all electricity generation to clean sources by 2035. 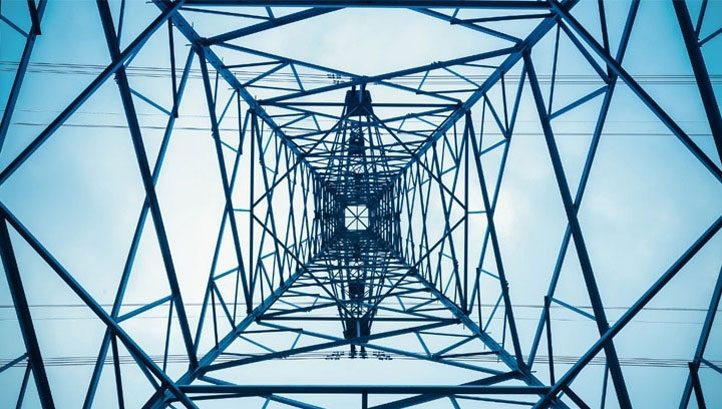 This would mean the entirety of the nation’s electricity generation mix would be accounted for by renewables – primarily wind and solar – as well as nuclear. During each month in 2020, an average of 41% of generation was accounted for by these sources, according to the National Grid Energy System Operator (ESO).

Johnson said: “We can do for our entire energy production by 2035 what we’re doing with internal combustion engine vehicles by 2030.

“From 2030, you won’t be able to buy any more a new hydrocarbon-fuelled internal combustion engine car and we’re going to move either to electric vehicles (EVs) or vehicles powered by hydrogen or clean power of one kind or another…And what we’re also saying is that by 2035, looking at the progress we’re making in wind power – where we lead the world now in offshore wind – looking at what we can do with other renewable sources, carbon capture and storage with hydrogen potentially, we think that we can get to complete clean energy production by 2035.”

The International Energy Agency’s (IEA) recent roadmap to a global net-zero energy system by 2050 stated that advanced economies such as the UK should target net-zero electricity by 2035. Canada and the US have already set such targets. The UK has, therefore, felt pressure to follow suit as COP26 host.

As well as emphasising the low-carbon benefit of ending gas-fired electricity generation, Johnson stated that the move would protect consumers from fluctuating gas import prices.

Wholesale gas prices are up 250% on January levels, with prices having risen by at least 70% since August alone.  Skyrocketing prices have forced several small suppliers to go out of business in recent weeks. This trend has prompted many businesses, industry bodies and think-tanks to urge Ministers to firm up plans for more nuclear and renewable generation.

Johnson’s speech does not mean the new target is legally binding yet. It may well form part of the forthcoming Net-Zero Strategy, due for publication before COP26 officially opens on 31 October.

Reacting to Johnson’s speech, the University of Sussex’s senior lecturer in Energy Policy, Dr Matthew Lockwood, said: “The commitment to 100% green electricity is in line with what the Climate Change Committee says will be needed to meet the Sixth Carbon Budget, so that is positive that the Government is responding to that.

“The challenge is that a large proportion of the Government’s plans focus on wind, which is intermittent. This raises the question of how generation is going to be matched with demand, both in the short term and across the seasons. The detail of the Government proposals that has been made public so far says nuclear will provide baseload capacity ‘to cope with variable supply and demand’ but this doesn’t really make any sense as nuclear power cannot be ramped up and down if you want to keep costs low, so they are not a good match technically.

“In practice, the answer will be a mix of demand response, short-term battery storage and some form of inter-seasonal storage, which may or may not be hydrogen. This plan makes storage and demand response absolutely centre stage, so if the plan is to work that will have to be the next major focus.”

Greenpeace UK’s chief scientist Doug Parr agreed, adding: “All senior politicians have now realised that gas needs to be taken out of the electricity system. That realisation is to be welcomed, as is the 2035 decarbonisation target.

“But the government remains unhealthily attached to nuclear technology, hoping against all experience that it will improve to the point where it becomes competitive with renewables.

“As we have learned over the last 70 years, nuclear just doesn’t get cheaper. The case for large-scale reactors is weakening day by day as it becomes more and more obvious that the future of energy is a decentralised, flexible grid that makes use of new storage technologies whose costs are falling sharply, as well as cheap and rapidly deployable renewables.”

The Nuclear Industry Association’s (NIA) chief executive, Tom Greatrex, has – as one would expect – disagreed. He said: “The PM’s target requires urgent investment in a new generation of nuclear stations for clean and reliable power. We know that nuclear and renewables work well together to cut emissions, and we’ll need a strong low-carbon energy mix to fully decarbonise the grid and protect our energy security.

Elsewhere, WWF’s director of advocacy and campaigns Katie White said: “This is another clear indicator that fossil fuels are on the way out and it must be matched by action on the ground to speed up the roll-out of renewables and phase out oil and gas.

“We need to see this ambition on climate and nature sustained and mainstreamed so it’s not just one promise in one speech but fully embedded across every department – and we particularly need to hear from the Chancellor and his department on this – by committing to a net-zero test for government spending, making our finance sector a world leader in delivering on our climate promises, and pulling funding and tax breaks from dirty industries.

“By showing that protecting the planet is top priority at the Conservative Party Conference, the Prime Minister and his team would set an ambitious agenda for action in the final weeks before the all-important COP26 Summit. Given what’s at stake, future generations won’t forgive or forget leaders who fail to act while there’s still time.”

The Energy & Climate Change Intelligence Unit’s (ECIU) head of analysis Simon Cran-McGreehin said: “With the US making this same commitment just a few weeks ago, the international move to low-carbon power is gaining momentum ahead of COP later this month.

“The next step will be for the UKGovernment to set out more detail on how it will achieve this milestone, including market mechanisms to encourage the requisite expansion of offshore wind, energy storage and low-carbon back-up generation. But this transition is not just about big capital projects – the Government and consumers would gain from support to reduce household energy usage through efficiency measures and to make best use of power through demand-side response.”