A cohort of UK corporate green groups have formally banded together to launch the UK Business Group Alliance for Net Zero (BGA), in a bid to raise climate action in the build-up to COP26 and to ensure the nation meets its net-zero target for 2050. 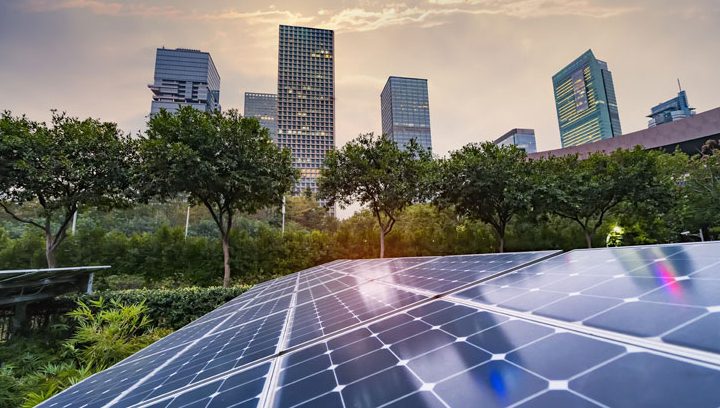 The BGA has formally launched today (29 April) and consists of the CISL’s Corporate Leaders Group, the Aldersgate Group, Business in the Community, the CBI, CDP, the International Investors Group on Climate Change, the UK Business Council for Sustainable Development and the UK Green Building Council.

The groups have been working together informally since 2019, delivering letters to Government calling for heightened climate targets for 2030, and the pursual of a green recovery in the immediate aftermath of the coronavirus pandemic.

The formal creation of the BGA has been welcomed by the UK’s Net Zero Business Champion, Andrew Griffith MP, who said: “With six months to COP26, the launch of the UK Business Group Alliance for Net Zero is timely.

“With its influential membership, the Alliance will play a vital role in raising ambitions and persuading more British businesses to take part in the Race to Zero by setting science-based targets.”

The BGA’s current focus is enabling the successful delivery of COP26 in the UK in November 2021 with the groups involved encouraging corporates to sign up to the Race to Zero Campaign.

The Race to Zero campaign is designed to mobilise renewed levels of leadership from businesses, cities, regions and nations to spur a zero-carbon recovery that commits more national governments to set net-zero targets.

Currently, corporate commitments under the Race to Zero campaign cover more than 12% of the global economy and $9.8trn in revenue. Even while grappling with the coronavirus pandemic, net-zero commitments almost doubled in 2020.

These businesses have been tasked with delivering a series of “breakthroughs”. The Race to Zero Breakthroughs have been published in a special paper by the UN High-Level Climate Champions, COP26 President Alok Sharma, COP25 President Carolina Schmidt, and the UNFCCC’s Executive Secretary Patricia Espinosa at the World Economic Forum’s Davos Agenda. It will build on the Race to Zero campaign that was launched in June 2020.

BGA member CDP has since confirmed that more than 100 UK businesses have joined the initiative through the SBTi Business Ambition for 1.5 campaign, creating the largest national market of its kind and valued at £760bn.

Nigel Topping, UN High Level Climate Champion for COP26 said: “With over 30% of the FTSE100 in the Race to Zero, credible climate commitments are fast becoming the new normal in the UK. Companies that have so far failed to engage with climate change should take note – if they don’t join soon, they risk falling behind the curve.”

In related news, the Race to Zero campaign itself has updated its criteria for membership, noting that “the concept of net-zero is complex and the science and best practices are developing fast’.

The updates to phrasing and requirements were published online today (29 April) and will come into force for new members from 1 June. Changes include clarifying that the term ‘net-zero’ covers all greenhouse gases, not just carbon, and ensuring that companies make public pledges rather than simply stating that work to develop internal plans is underway.

Additionally, the document clarifies what is meant by a “leading” or “highly ambitious” target, as net-zero commitments become a legal requirement. A leadership approach could involve tackling cumulative emissions and dealing with lifetime impact, and accounting for consumption-related indirect emissions for cities, states and regions. Leaders should also prioritise emissions reductions over offsetting and clearly specify how, exactly, they are offsetting, capturing or sequestering GHGs.

The Race to Zero campaign has said the update was part of an “ongoing process”; further changes may come in the future.

The update comes amid growing concerns around the language of net-zero being poorly understood, and the term being used as a greenwashing tool by businesses.

In a 2020 poll of 104 energy managers, Inspired Energy found that almost nine in ten believe ‘net zero’ is in danger of becoming a meaningless statement unless there’s consistency in approach and measurement among businesses. BNEF, meanwhile, assessed the net-zero strategies of 30 large businesses and found huge inconsistencies.

More recently, South Pole research revealed that just one in ten firms with a net-zero target has backed up their long-term climate goal with approved science-based targets.

These trends, and ongoing debate around whether 2050 is the right net-zero deadline, prompted a trio of academics specialising in climate change to pen an article on The Conversation slating net-zero as a “fantasy” and a “dangerous trap”. This piece has been widely shared across the green economy and supported by youth activist Greta Thunberg.