UK ramps up climate adaptation plans in build up to COP26

The UK has become one of the first countries to publish an official plan setting out how the nation is responding to the climate crisis through adaptation and resiliency plans that focus on flood prevention and rewilding. 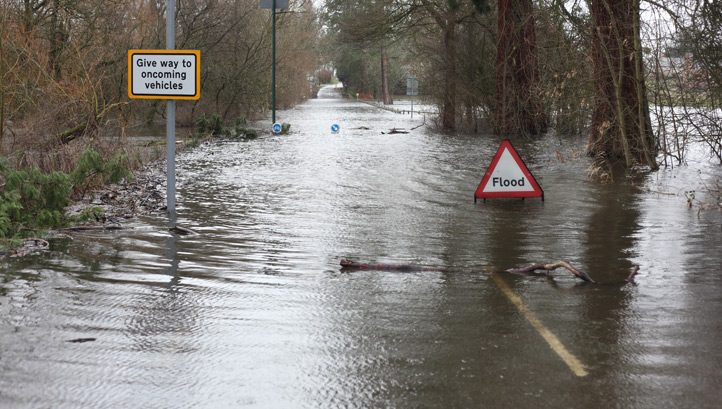 During the Climate Ambition Summit, which was hosted by the UK this weekend to mark the fifth anniversary of the Paris Agreement, the Government published its Adaptation Communication. The document sets out how the UK is improving resiliency and mitigation against the climate crisis both at home and overseas.

The Adaptation Communication outlines how climate mitigation will be “integrated across government departments” by focusing on the natural environment, infrastructure, the built environment and the private sector.

The UK Government has reiterated a commitment to doubling its International Climate Finance contribution, raising it to £11.6bn by 2026. To date, the UK’s international financial contribution has benefitted 66 million people globally. The UK will also support the international Risk-informed Early Action Partnership (REAP) which aims to make one billion people safer from disasters by 2025.

On a national level, the Government points to its £640m Nature for Climate Fund, which aims to protect, restore, and expand habitats like woodlands and peat bogs, as measures to improve climate resiliency. The Green Recovery Challenge Fund has already funnelled £80m into these funds.

The £5.2bn earmarked for new flood and coastal defences between 2021 and 2027 that was issued as part of Prime Minister Boris Johnson’s Ten Point Plan is also a key feature of the Adaptation document. It is estimated that flooding damage cost UK businesses £513m in 2015 alone.

Rebecca Pow, Environment Minister, said: “The impacts of climate change demand urgent action, and we are determined to be global leaders. We must adapt to these impacts at home and overseas. That is why the UK is fulfilling a key commitment of the Paris Agreement and asking others to do the same both at today’s Climate Ambition Summit, and ahead of COP26 in Glasgow next year as we come together for our planet.

“We can’t rest on our laurels, which is why, as well as implementing the bold actions set out today, we’re developing a long-term vision and framework to help us ensure resilience to climate risk up to 2050 and beyond.”

The Adaptation Communication will be submitted to the United Nations Framework Convention on Climate Change (UNFCCC), alongside the UK’s enhanced Nationally Determined Contribution (NDC), which will see the UK aim to reduce emissions by 68% by 2030.

The new target meets the recommendation of the Climate Change Committee (CCC), which advised on the net-zero target for 2050 and is set to publish guidance on future carbon budgets imminently.

The UK’s Biennial Finance Communication will also be submitted as a means to outline the nation’s contribution to the Paris Agreement.

The mean damage costs of climate change will reach $5.4trn annually by 2070 and spiral to up to $31trn per year by 2200 if the global temperature rise hits 4.4C by the end of this century – which it will unless ‘business-as-usual’ is transformed, research has warned.

As such, the UK is aiming to mobilise more action, both on net-zero targets and climate adaptation frameworks over the next 11 months in the build up to COP26 in Glasgow next November.