UK thinktank IPPR has called for the UK to provide £20bn to a UN climate fund to account for the nation's "fair share" of ecological degradation and climate change speed-up. 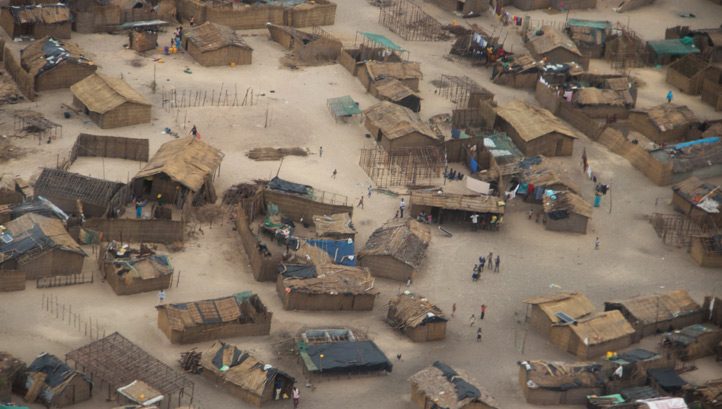 The Institute for Public Policy Research (IPPR) has called for the cash to be funnelled into the UN’s Green Climate Fund, aimed at scaling up low-carbon technologies to reduce emissions in developing countries and to help societies most at risk from climate change impacts.

To date, just £4.3bn has been committed globally to the fund with £2.5bn spent on projects under implementation. G20 nations had been expected to mobilise more than £100bn in climate funds for developing nations, but have since quietly scaled back pledges.

The IPPR claims that the UK has made the fifth-largest cumulative contribution to CO2 emissions since 1750 and should provide the funds as part of its fair share of the global climate battle. The investment would help less industrialised nations reduce collective emissions by more than 4% below 2010 levels by 2030.

The thinktank claims the UK has the current financial capabilities to act and should use its role as COP host in 2020 to influence organisations such as the IMF and the World Bank to increase financial climate support.

IPPR associate fellow Laure-Laybourn Langton said: “The world only has a chance of responding environmental breakdown if countries take on their fair share of sorting it out. This share should be based on how much a country has contributed to the problem in the past and its current ability to help out.

“The UK is a wealthy country with a large past and current contribution to environmental destruction, so should shoulder more of the burden. In an age of environmental breakdown, justice must be hardwired through all international relations.”

The IPPR warns that the world is entering a “new domain risk” that couples will see economic crises, forced migration (In 2018 alone more 17 million people were estimated to have been displaced by extreme weather and natural disasters) and political distrust threaten international cooperation to help finance the low-carbon transition.

The thinktank also claims that the UK should act as a supporting partner in offering financial and technical assistance to developing nations and define “ecocide” – the serious destruction of the natural environment – as an international crime.

A report from Global Infrastructure Hub revealed that infrastructure investments totalling £470bn are needed across 10 African countries in order to enable national commitments to the UN Sustainable Development Goals (SDGs).

Similarly, a recent report from the Centre for Climate Finance and Investment at Imperial College Business School and SOAS University of London concluded that up to £127bn of funding may be required for developing countries to adapt to the impacts of climate change.

It is estimated that around $12trn of investment is needed into renewable power generation over the next 25 years to achieve the climate goals laid out in the Paris Agreement.